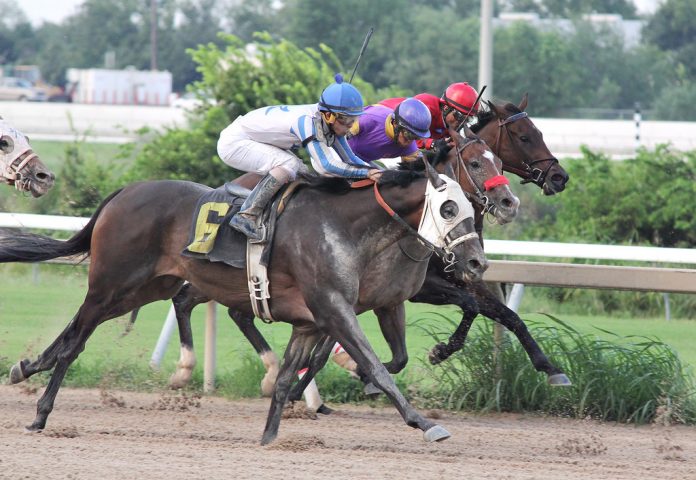 With horse racing in Britain currently suspended due to the coronavirus outbreak, we await the start of the 2020 flat race season. While racing has returned in the likes of Germany, France and the USA, and you can find the rest of the world’s horse racing results up to date daily here, fans and punters are awaiting more news from the government and BHA. The flat season should have commenced on March 28th at Doncaster, but still we wait in hope and anticipation of the confirmation that racing can begin again. Whether the flat season gets cut short as a result of this crisis, or gets extended beyond October, one thing’s for certain – jockeys will be tussling for the title once again and none more so than last season’s Champion Jockey, Oisin Murphy.

The 24-year-old, who is Qatar Racing team’s number one jockey, secured the title last year with 168 wins to his name – some 35 race victories ahead of nearest challenger, Daniel Tudhope. Since gaining his first Grade One victory in 2017’s Prix de l’Arc de Triomphe at Longchamp, Murphy has gone on to ride the winner in a further 11 races at the highest level, including the Queen Elizabeth II Stakes on British Champions Day.

From finishing ninth in the 2017 standings with 76 wins from 568 rides, to finishing second to Silvestre De Sousa in 2018 – his breakthrough year with nine Group 1 wins – notching 121 winners, Murphy went on to topple his rival and two-time defending Champion Jockey to take the crown at Ascot in October last year.

Despite major victories in the Falmouth Stakes (Veracious), Nassau Stakes (Deidre) and the Vertem Futurity Trophy (Kameko), it wasn’t completely plain sailing for Murphy, who suffered a setback in June, when he failed a breath test and consequently, had to miss a day’s racing at Salisbury – just days before Royal Ascot.

It’s a short period of time he looks back at with embarrassment, but with stark honesty for his misdemeanour: “It was my fault,” he said at the time. “If you’re dehydrated the day before and you consume alcohol, don’t go to bed on time, don’t hydrate the next day and don’t eat anything, you’re in trouble.”

Having been forced to step down at Salisbury, where he would have had five runners and the opportunity to get further ahead in the race to become the Champion Jockey, Murphy then fell behind, before making up ground and ultimately, securing his maiden title.

From rising star (and nephew to Jim Culloty, who famously saddled Best Mate to a hat-trick of Cheltenham Gold Cups) to established champion, Murphy speaks with such eloquence and a humility which is refreshing to hear. Ahead of being crowned official Champion Jockey, he said: “Money doesn’t motivate me in any way. I just want to win many championships,” before continuing: “It’ll be nice to lift the trophy but I’m already thinking of doing it again next year.”

And while at the back end of last year, he’d have been gunning to retain the crown for a second season, he believes the disruptions will mean the honour won’t carry as much weight this time around. Only last month, when the BHA suggested a possible May comeback, Murphy said: “I don’t know how they’re going to manage the jockeys’ championship because it has always been successfully set between Guineas weekend and British Champions weekend for the last couple of years”. But with the date since being pushed back to June 1st at the earliest, who knows what the racing calendar will look like. “If they still created a season, of course I’d love to be champion jockey. Let’s just see if and when racing resumes,” he concluded – and who can argue with that?

Going from Shod to Bare: A Hoof Care Pro’s Tips for...