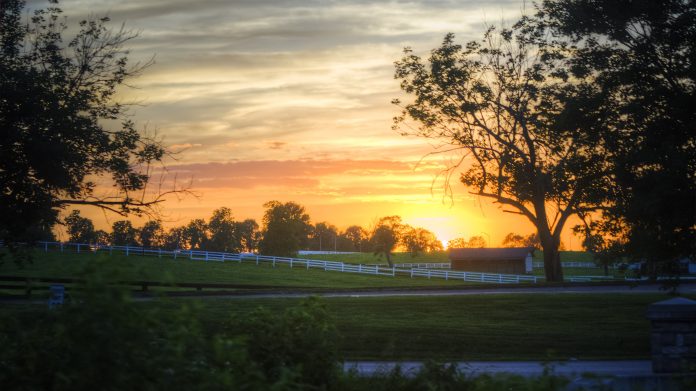 If you keep horses on your property, it’s important to understand the types of threats they can face from wild animals – that way, you can better protect your animals and ensure they live long healthy lives. Wild animal attacks on horses are not extremely common, but they do happen. Depending on where you live, the type and severity of these threats will vary.

Certain regions have more predators than others, so it’s also important to become familiar with your local ecosystem and understand which predators are common in your area. If you’re traveling somewhere new and plan to ride, you should spend some time researching the local animal populations. Below we’ll cover a few common wild animals which have been known to attack horses and go into detail on where these predators can be found.

Bears are well-known to be savage predators. There are numerous reports of both Black and Grizzly bears attacking horses and riders all across the United States. That’s because bears are found in most ecosystems throughout the country. Fortunately, bears are not known to actively hunt horses and mostly just keep to themselves. Bear attacks on horses typically only occur when the horse and rider accidentally come across one on the trail.

If you’re riding your horse in bear country, don’t be shy – you should make some noise as you ride because this is often enough to make bears leave you alone. In the event you do come upon a bear in the wild, you should remain calm. Speak to the bear in a low tone and don’t scream or make high-pitched noises. You should back away slowly and, if possible, move sideways away from the bear. Bears really just want to be left alone, but sightings are common so we recommend that at a minimum you carry bear spray and keep it close at hand when trail riding.

Cougars are cunning predators that like to ambush their prey when they have the tactical advantage. They aren’t found as widely as bears, but in certain areas, they are known to be quite dangerous. Today, significant populations of cougars in the United States exist only in 16 states including Washington, Oregon, California, Nevada, Arizona, Utah, Idaho, Montana, Wyoming, Colorado, Nebraska, New Mexico, South Dakota, North Dakota, Texas, and Florida.

If you are riding in any of these states, be aware that cougars are common predators. In these areas, you should especially watch out when riding through canyons, along cliffs, or below sharp overhangs – these are prime ambush locations for cougars and there are some confirmed reports of cougars jumping onto horses as they pass.

With all that said, you should know that humans and horses are very rarely attacked by mountain lions, as with bears, these animals typically avoid humans but encounters do happen. If you do come across a cougar in the wild, you should stop and remain calm. Maintain strong eye contact with the cat and try to make yourself appear larger by raising your arms and waving them slowly. You can even throw things at the animal to scare it, but whatever you do, don’t corner it! Give the cat space and it will likely move along on its own.

Wolves have slowly made a comeback in the USA in recent years after being almost totally wiped out during the 20th century. Today, it’s estimated that about 18,000 of these animals roam the United States. The majority can be found in Alaska but there are also notable populations in Minnesota, Wisconsin, Michigan, Washington, Idaho, Oregon, Wyoming, and Montana. That said, in these states, wolves are usually only spotted in the winter as they migrate south from Canada in search of more food. You can track wolves to keep your horses safe.

Wolf attacks on horses are uncommon. The majority of attack reports come from farms and occur at night when horses are unattended in pens, corrals, or pastures. In most reports, the horses survive and recover, but in some rare cases, wolves have been known to kill and even eat horses. Foothold traps can be used to protect your property from wolves.

Wild boars are an invasive species in the United States. They are well-known to be aggressive and dangerous. They often out-compete native species for food and are known to cause widespread destruction of agricultural crops, young trees, wetlands, and other native vegetation. For these reasons, boar hunting is often encouraged in states where they are found. The largest US population is found in Texas but there are also significant populations in almost all Southeast states as well as California.

Attacks from wild boars on horses and humans are uncommon, but they can be quite serious when they do occur. Boars attack by charging and pointing their tusks towards their target, so injuries are typically seen on the legs of boar victims. Reports of boar attacks on horses typically come when the horse is isolated and vulnerable. Injuries are most often deep cuts and punctures which can cut to the bone. The majority of attack reports come from rural areas during the winter months. The culprit is most often a solitary male boar.

Tips For Routine Healthcare For Horses

The Etiquette of Cheering: Or, is he whooping or having a...