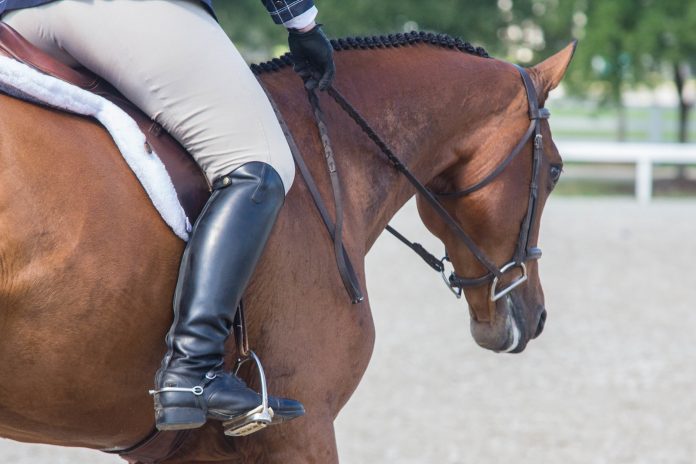 With the show season in full swing, it’s a good time to remind ourselves of those substances, and understand why they need to be prohibited or restricted.

The two most widely used NSAIDs are phenylbutazone or “Bute” and flunixin meglumine, also known as Banamine®. The other NSAIDs approved for correct use under current USEF rules include the topical anti-inflammatory, diclofenac (Surpass®), naproxen, or Naprosyn®, ketoprofen (Ketofen®) and meclofenamic acid (Arquel®).  “Surpass” “Bute”, “Banamine”, Ketofen, “Arquel” are restricted as mentioned. Also remember that only one NSAID can be found in a horse system at the time of competition.

But why are these substances limited, and/or banned and how do they affect performance? Why should you care?

These drugs are used to treat fever, inflammation and pain relief for osteoarthritis, colic and soft tissue injuries. Did you know that humans also commonly use NSAIDs, such as Advil®, Tylenol® and Aleve®? In correct dosage amounts, these drugs can offer tremendous pain relief benefits, which can be very helpful for keeping ourselves (and our equine partners) comfortable in times of heavy exertion.

The problem comes when these drugs are used in excess or for reasons other than prescribed. The reactions and difficulties that can stem from abuse of these substances can lead to permanent damage or even potentially death of a horse. It is because of this that USEF has had such rulings on the books for years.

These NSAIDs are all regulated to protect the safety and welfare of the health of the horse. Extensive research has shown that not only is there little to no benefit to administering more than one NSAID to a horse for most medical concerns. Studies have determined that it can actually lead to potentially harmful and severe side effects.

The visible signs of excessive use range from diarrhea, loss of appetite, to a lethargic, or generally depressed attitude.  Not outwardly visible, but even more serious, these symptoms can be indicative of ulcers, large colon and cecal impaction, kidney damage, and/or colitis, all which can lead to more severe, colic-related difficulties.

So, what are the responsibilities of a horse owner, or rider of a leased horse in training?  Education is key so that you understand what medications your horse might be getting, why they are being given and for how long. As mentioned earlier, there are definite reasons to give these medications. Using proper dosage recommendations, they can alleviate the common sores and pains that we all have when in exercise and work.

As a horse owner and rider, it is imperative that you hold the welfare of your equine partner as your greatest priority. Abuse of medications does nothing to help your horse and can make him/her feel worse than they would without the medications due to negative side-effects. Helping your horse with some soreness issues can be very correct and humane, and keeping yourself in tune with what medications he/she receives will just help strengthen your partnership and make you both stronger against the competition to make the show season just that much better.

For additional information on prohibited substances, you can view the USEF’s Drugs & Medication Resources or contact them at medequestrian@aol.com or 800-633-2472.

Jamie Wallace has done a little bit of everything in the equine world, from racehorses, to show horses and eventing A former equine vet tech, licensed USEF C-1 H/J steward, and a previous farm manager for Don Stewart, her past roles include also include being a semi-professional braider on the A-circuit, and a program developer for a horse manure and pasture management program at University of Florida/IFAS Marion County Extension.  A former monthly column writer for The Florida Horse and contributor to In the Field (pen name, Janice Kohlman), she is always looking for ways to grow, learn and contribute in the horse industry to improve horse welfare and well-being.