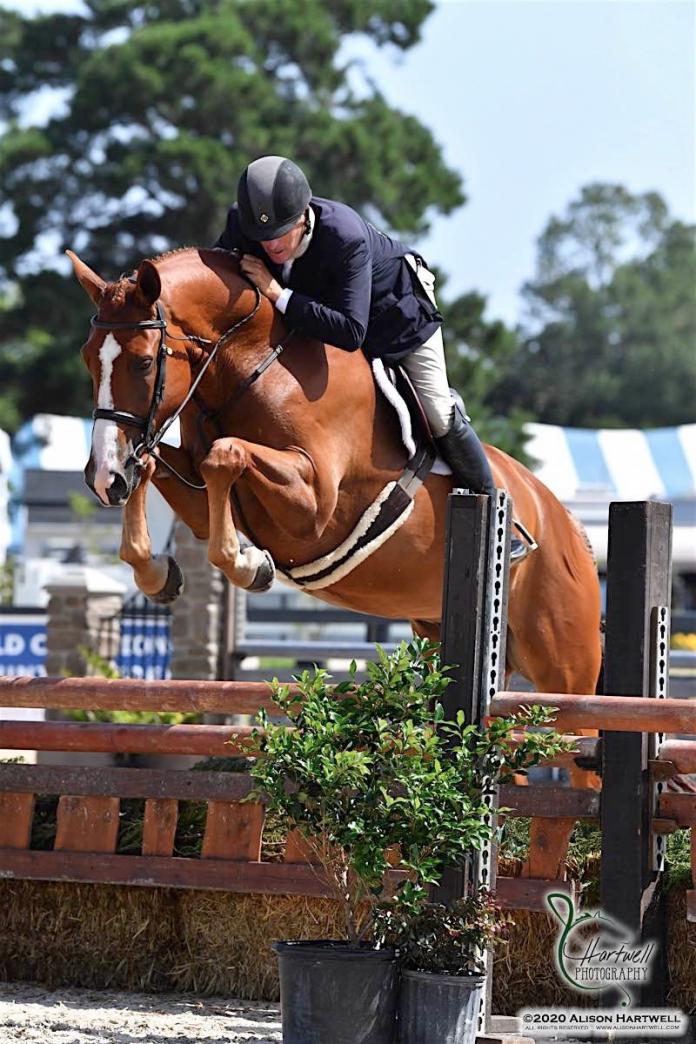 Lexington, Ky.—Jul. 2, 2020—After a delay in the 2020 competition season, the first USHJA Green Hunter Incentive Regional Championship of the year wrapped up with tricolors for Daniel Geitner aboard Mr. Manhattan and Tommi Clark with Executive Privelege at the South Championships. The North Carolina Hunter Jumper Association Annual Horse Show hosted the event June 24–28, 2020 at Bruce’s Field at Aiken Horse Park in Aiken, South Carolina.

“I had three new rides for the Green Incentive Regionals—all first time rides for me from Eight Oaks Farm and Johnny and Kitty Barker. All three were nice horses that were simple to ride and performed well,” said Geitner, who also took ninth with Linda Shuford’s Diangelo.
No stranger to the USHJA’s Green Hunter Incentive program, Geitner is a member of the International Hunter Derby and Incentive Task Force. In addition to competing in the program’s championships on several occasions in the past, he has plans to participate in this year’s Platinum Performance/USHJA Green Hunter Incentive Championships at the Kentucky Horse Park on August 11-13, 2020.

Claiming the tricolor in the $5,000 3’6”/3’9” section was Tommi Clark and Stephen Borders’ Executive Privelege. The Tryon, North Carolina, professional rode the gelding through two rounds of competition to top the Championship.

“Executive Privelege jumped wonderfully. He is a new horse to us, so it was very exciting to see him excel in this class,” Clark said of her rounds. “I think the Green Hunter Incentive program, as well as the International Hunter Derby program, are absolutely incredible tools for our hunters.”

The USHJA extends a special thank you to the North Carolina Hunter Jumper Association, the NCHJA Annual Horse Show, Southbound Show Management, and Patrick Rodes and his team for hosting the Championship.