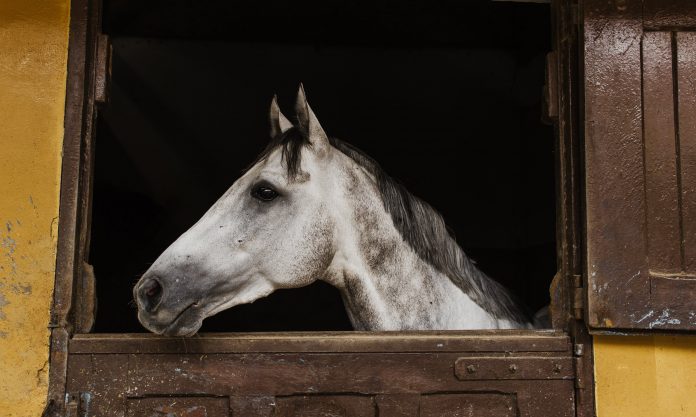 CHICAGO (July 10, 2020) – The Humane Society of the United States today honored Rep. Jan Schakowsky, D-Ill., as its 2019 Humane Horsewoman of the Year. This award is given on an annual basis to an individual who demonstrates an outstanding commitment to protecting American equines. Rep. Schakowsky is being recognized for her steadfast dedication and exceptional work on key federal legislation to prevent cruelty to horses.

Rep. Schakowsky is a former horse owner who has consistently championed horse protection in Congress, using her powerful position as a senior member of the House Energy and Commerce Committee. She understands that Americans have long appreciated horses—for transport, on ranches, in events showcasing their majestic beauty and speed, and as cherished companions—and that all horses must be treated with dignity and respect in both life and death.

“Throughout her time in Congress, Representative Schakowsky has been a tireless champion for equine protection, always going above and beyond,” stated Keith Dane, senior adviser on equine protection at the Humane Society of the United States. “We are so grateful for her extraordinary leadership to stop terrible cruelties—the slaughter of horses for human consumption, ‘soring’ of Tennessee walking horses and related breeds to win prizes, and doping of racehorses that has caused so many tragic fatalities.”

“I’m incredibly honored to receive the 2019 Humane Horsewoman of the Year award and appreciate the hard work of the Humane Society of the United States,” stated Rep. Schakowsky. “As a former horse owner, I strongly believe that we have to do everything we can to protect these majestic animals. I’m proud of the steps that the House has taken to curb inhumane horse soring, address abuse in horse racing, and fight horse slaughter, which cruelly endangers equine and human health. That’s why I’m grateful to work with organizations like the Humane Society to help protect these animals that embody so much of our nation’s strong spirit.”

Horse Slaughter – In February 2019, Rep. Schakowsky reintroduced the Safeguard American Food Exports (SAFE) Act, H.R 961, along with Rep. Vern Buchanan, R-Fla., to protect horses and consumers. The bipartisan bill now has 229 cosponsors (more than half the chamber), and the Energy and Commerce Committee held a Health Subcommittee hearing on it in January 2020. Rep. Schakowsky has continuously called for an end to horse slaughter since 2006 through bills to ban the practice and efforts to defund horse slaughter inspections in yearly appropriations for the U.S. Department of Agriculture. The SAFE Act will permanently prevent horse slaughter plants from opening in the U.S. and end the current export of horses to be slaughtered abroad for human consumption. American horses are not raised for food and are routinely given hundreds of drugs over their lifetimes that can be toxic to humans if ingested. Horse slaughter is a predatory industry, with buyers typically purchasing young and healthy horses at auction and often misrepresenting their intentions. Horses are shipped for long distances without food, water or rest in crowded trucks where many are seriously injured or killed in transit. At the slaughter plant, the methods used rarely result in quick, painless deaths; horses often endure repeated blows during attempts to render them unconscious and sometimes remain alive and kicking during dismemberment. Opinion polls have shown that 80% of Americans support a ban on this gruesome practice.

Horse Soring – Rep. Schakowsky is also an advocate of protecting equine athletes from intentional harm. Since 2013, she has been an original cosponsor of the Prevent All Soring Tactics (PAST) Act and part of its core leadership team. H.R. 693 will amend existing federal law to better crack down on the cruel training method known as soring—the intentional infliction of pain on the legs and hooves of Tennessee walking horses and related breeds using caustic chemicals, chains, weights, sharp objects, cutting and other horrifying techniques—to force them to perform an unnaturally high-stepping gait and gain unfair competitive advantage at horse shows. The PAST Act will end the failed system of industry self-policing, ban devices integral to soring and strengthen penalties, all for negligible cost as determined by the Congressional Budget Office. The PAST Act won a sweeping 333-96 bipartisan House vote in July 2019 with 308 cosponsors, and the companion bill now has over half the Senate as cosponsors.

Horseracing – Finally, Rep. Schakowsky is an original cosponsor of the Horseracing Integrity Act, H.R.1754, and in January 2020 she held a strong hearing featuring this bill in the Consumer Protection and Commerce Subcommittee she chairs. The bipartisan legislation will address widespread doping—a key contributing factor to frequent fatalities on American racetracks, as horses including injured ones are drugged up with painkillers and performance-enhancing substances and pushed beyond their limits. H.R. 1754, currently with 253 cosponsors, will ban race-day medication, substantially increase out-of-competition testing and establish uniform national rules and oversight for the use of drugs in racehorses, replacing the hodgepodge of different rules in 38 U.S. racing jurisdictions by granting independent control for rule-making, testing and enforcement to a new nonprofit headed by the U.S. Anti-Doping Agency.

The Humane Society of the United States is the nation’s largest animal protection organization, rated most effective by our peers. For 60 years, we have celebrated the protection of all animals and confronted all forms of cruelty. We are the nation’s largest provider of  hands-on services for animals, caring for more than 100,000 animals each year, and we prevent cruelty to millions more through our advocacy campaigns. Read more about our 60 years of transformational change for animals, and visit us online at humanesociety.org