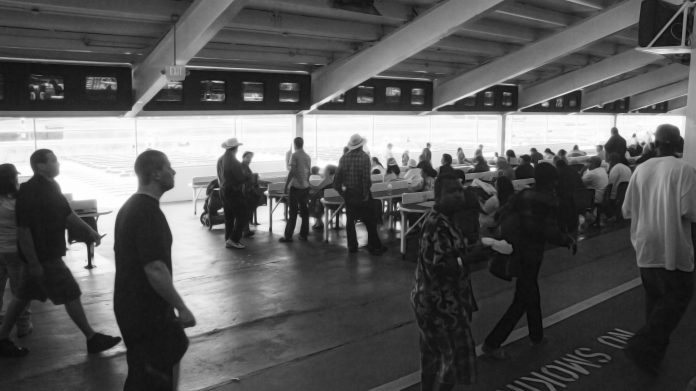 Covid-19 has had a devastating global effect with, at the time of writing, over 660,000 deaths. It’s a horrendous tally and medical experts warn that the end won’t be anytime soon. With this in mind, it may be churlish to speak about Covid’s effects on sport but sport affects so many lives in a positive way that we cannot ignore it. Sport is a business too and livelihoods were also affected, with a knock-on effect on businesses showing the all-encompassing reach of sport. Bookies, for example, depend upon it. More than most other sports, horse racing and the bookmaking industry are intertwined; you cannot have one without the other.

When lockdown struck in the middle of March, the Cheltenham Festival had just concluded and, together, in unison, horse racing chiefs and bookmakers breathed a collective sigh of relief that the meeting had taken place. Four days of top-class racing, with over 250,000 punters attending, gave both industries a boost just before the drought that was to come. Whether the meeting should have gone ahead is a moot point, but that’s a discussion for another article.

The growing panic around the virus didn’t scare off crowds. Punters jammed in like sardines at the bars. It was business as usual. A hectic, familiar calm before the storm that was to come.

Lockdown came into effect and horse racing shut down. No meetings taking place put a huge strain on trainers, jockeys, and stable staff to survive. Then there were the race courses and their many off-course businesses, such as catering, security, and bookmaking. Of course, the trainers and jockeys at the upper end of the tree would have had enough of a financial cushion to survive, but at the bottom end, jockeys need rides to exist. They typically get paid roughly £70-80 per ride, whether they win or place. This puts a pressure on them to get at least three rides a day minimum. With that no longer an option, a lot of them depended on the government payments. The first big race to suffer was probably the biggest of them all, the Grand National.

When racing finally returned in June, it was behind closed doors, which, while not ideal, was at least a start back to normality. The Derby was run at the latest date it had been run in over 100 years. The season was off-kilter because of such a late start and only time will tell how good the class of 2020 really is. Another group not mentioned is horse owners, who still have to pay the bills for their horses. They still needed to be exercised, fed, watered, and generally looked after. The average annual cost of owning a horse, depending on where it is stabled, can range from £3,000-10,000. With that expense in mind, it’s no surprise that 14 percent of owners quit in the first six months of 2020. That is a shame and racing needs owners as much as, if not more, than any other medium. Bloodstock sales took a huge blow, down by 87 percent, and it badly needs to return quickly to redeem as much of that loss as it can.

On the bookmaking side of things, things have been equally trying. Bookmakers provide an important part of the business economy. In the UK alone, they employ 100,000 people. And with the Covid restrictions in place, shops are reporting a big drop in punters. If shops shut, that’s more people out of work. As mentioned earlier, the Grand National was the first big race to be cancelled. That one race generates £250 million in bets alone, so that’s a lot to lose. To compensate for the race not taking place, the bookies staged an online Virtual Grand National, with all proceeds going to help the NHS. Five million punters took part and raised £3m for that worthy cause. It was a nice act from the bookies and an opportunity for them to acquire new customers through the marketing material that they would have exhibited to punters. Online betting is the mainstream of bookmaking today. Racing and football make up 75% of bookies revenue, so with both sports shut down, the bookies had to up their game to replace that loss. Virtual races, virtual matches, lotteries, bingo and roulette form a big part of their income.

One big effect of the return of racing is the prize money amounts for races have been slashed by up to 50 percent. This is the knock-on effect of race courses and bookies, who are huge sponsors of races, trying to claw back the money they lost in the lockdown. On-course bookmaking is down by 87 percent and until punters are allowed to attend race meetings again, race courses will remain cash poor. It’s important to remember that this is an inevitable consequence of the climate that we live in, of the conditions that are restricting every business from thriving. Interest in horse racing remains as high as ever and there are meetings taking place on a daily basis once again.

The Galway Races, one of the bigger events of the racing calendar year, are currently being contested. While there would usually be more than 100,000 people in attendance, the revenue from betting is also significant with millions still expected to be generated. Bookmakers remain keen to sign up new customers with tempting promotional offers. Sites like Wincomparator keep fans in the loop about bookie offers that they don’t want to miss out on. Bet365 are one such betting site offering odds on an array of meetings happening on a daily basis. Goodwood, also known as Glorious Goodwood, is on now and it will be a good test for the new generation, the three-year-olds, against the older horses. York’s Dante meeting is upcoming as are Doncaster’s St Leger meeting (the last classic of the season) and Longchamp’s Prix de Arc de Triomphe meeting. The latter race will see legendary horse Enable looking to end her career on a high. Two horses to look out for at Doncaster are Love and Serpentine. Before backing them, make sure you take full advantage of the promotions available. Find out  information about the Bet365 bonus offer here , Wincomparator offers all details. This is a way of almost compensating fans for the loss of live sport. It will take time but racing will bounce back and the bookies will always find new ways to stay alive.

Horse Care is More Than a Clean Brush