Home Blogs Pony Island In the Absence of Pony Finals, We Need Empathy More Than Anything... 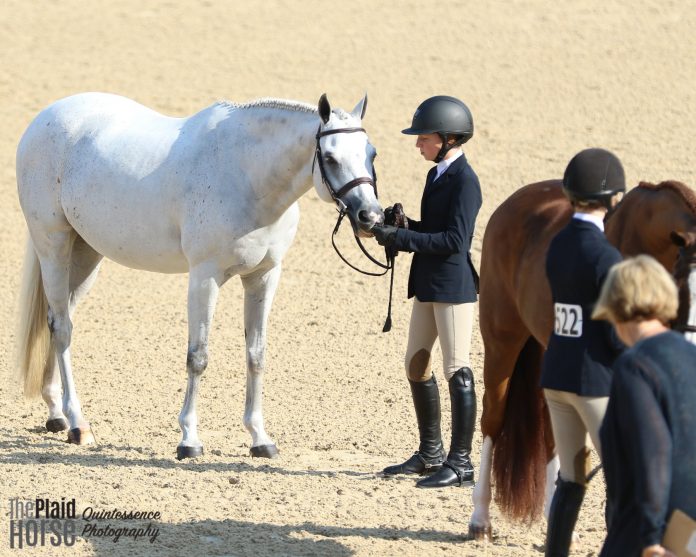 When I heard the new that Pony Finals had cancelled, my heart actually broke for those kids. The ones on the grounds with their ponies, the ones on the road heading to the horse park, and the ones making final preparations to load the trailer. They were all excited.

But my heart broke again when I saw the unkind words and accusations being slung about on both sides of the issue.

While we had made the decision to skip this year’s Pony Finals long before the pandemic started, had the kid and the pony been ready this year I’m not sure what my decision might have been. Prior to the event, I felt like USEF was very reassuring that all precautions and safety measures were being taken. I’m not ashamed to admit that if this had been my child’s last chance to attend Pony Finals, I would have taken the chance to take her. I would have assumed that if we had made it to the horse park and were 48 hours out from the start of the show, that the show was a go.

Regardless of whether you feel Pony Finals should have been allowed to happen or should have been cancelled, we can still have empathy for the disappointed kids. All I can picture is my kid’s face last year. Her smile was as big as all of Kentucky, and the excitement in her eyes was palpable. We had no grand plans of winning anything or even achieving anything spectacular. Just the ability to show at Pony Finals was enough. I can remember so clearly her joy at the possibility of what was to come. So all I can picture now is how quickly that hope would have faded to devastation.

I rarely get genuinely upset, but if I feel someone hurt my children or my ponies I go to “momma bear” pretty fast. The very thought of my child’s dreams being crushed sends my mind reeling. So I completely understand all the parents and trainers who went directly to anger. They are understandably frustrated, and just as angry with themselves for not being able to “fix it” for their kids.

The burden of disappointment is certainly not limited to the junior riders. Trainers, who left other clients and horses and family at home, for a week that is usually financially worth the sacrifice. Braiders, who flew or drove to Kentucky on their own dime, with no income to pay for the trip expenses—never mind the loss of actual income. Parents, who scrimped and saved and sacrificed to make the trip only to have to turn around on arrival. And bless the ponies, who shipped in from across the country in some cases, and now are being redirected back from where they came.

I am fully aware that horse shows are a privilege. No one has a right to horse show. And of course, a show cancelling is absolutely a first world problem. But we are talking about kids here. To an eight year old whose pony is their entire world, this is a monumental loss. I am certain that some of those kids didn’t lift a finger and aren’t the least bit bothered to miss Pony Finals this year since they attended last year and will come back for the next. But we have to recognize that for an awful lot of kids, this was their one shot.

Maybe they are aging out or maybe their family stretched to get them there just this once. Maybe they are on a lease that can’t be renewed. Whatever the reason, we have to allow them the grace to grieve this loss. Because it is a loss. Is it on the same level as a loss of life? Of course not. Is complaining about a horse show during a global pandemic a little insane? Sure, absolutely. But there is a time and a place for perspective, and kids need to know it’s okay to feel their feelings.

Was cancelling this show on such short notice the right call? I don’t know. I don’t know all of the details that led to the decision (and I am really glad I didn’t have to make that call). It honestly doesn’t really matter. The fact remains that some people on the show grounds tested positive. Out of caution and concern for the competitors and staff onsite, the safest course of action as far as USEF was concerned was to cease competition. Regardless of the reasoning, the decision was made. So where do we go from here?

We rise above. That is what we, as riders, have always done. Anyone who has never experienced a setback in their riding goals is either insanely lucky or just hasn’t been doing this long enough. Horses are incredible at reminding us that we are not in control. Injuries (both rider and equine), financial restraints, and now a global pandemic—it all makes us resilient. It makes us tough. It makes us humble. These are all amazing qualities to have, both as equestrians and as humans.

We use this heartbreak as a catalyst to inspire the next goal. When disappointments happen, we don’t let that define us—we use it to work harder. There is no space in that line of thinking for the vitriol and caustic statements towards individuals on either side of the argument (those for shutting down the show, or those opposed to the shut down). We need to show our children how to behave in the face of adversity. For sure, sometimes our initial reaction is not correct, so we show them that everyone screws up. We apologize for our transgressions and we move forward more aware than we were before.

But above all, we need to recognize that this was a big blow. Financially, emotionally, physically… it is devastating. And it’s okay to acknowledge that feeling of devastation, even while disagreeing whether the event should have been promised to happen in the first place. We are equestrians. We are on the same team, and we have to stay that way to move forward. United. Time and perspective will heal quite a lot. The rest is up to each individual.

To the kiddos who are feeling crushed still, know this: y’all are amazing! Your generation has dealt with issues none of us have been faced with, and you have done so with grace and professionalism. You have adapted and overcome and you will continue to do so. Simply qualifying for Pony Finals is a huge accomplishment in and of itself. Each of you has great things to offer to our sport, and I cannot wait to see how you transform this setback into future achievements.

This moment is not what defines your junior career; it is what you do with this that will. We are cheering for you and sending you (virtual) hugs.