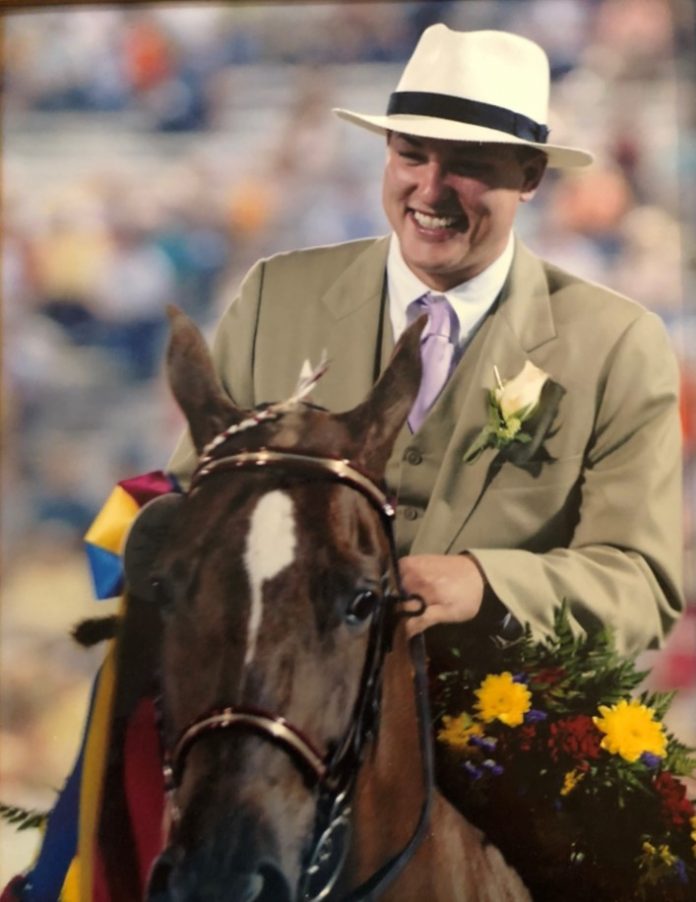 WINDSOR, UNITED KINGDOM – This month, Her Majesty, Queen Elizabeth, II recognized lifelong horseman and Animal Wellness Action executive director Marty Irby “for his extraordinary efforts to reduce violence in the training of horses by adopting Monty Roberts’ concepts and initiatives.” Irby, a former 8-time world champion equestrian and past president of the Tennessee Walking Horse Breeders’ & Exhibitors’ Association, was awarded a certificate of recognition this week, dated August 3, 2020, from Her Majesty via Royal Mail directly from Windsor Castle.

Only the second occasion in history that the British Crown has awarded certificates for equine protection work, Irby’s recognition follows the acknowledgment of eight horsemen and women the Queen recognized in 2012. The Royal Family planned to recognize Irby in-person at Buckingham Palace, but the gathering and in-person presentation were postponed to a later date due to world events surrounding COVID-19.

“Marty Irby is our hero and has paid a huge price in his own life in the interest of being fair to the horses,” said Monty Roberts, founder of Join-Up International. “Along with thousands of supporters, Her Majesty and I strongly recommend the necessary rules and regulations to eliminate violence from this breed and all other competitions involving the horses we love.”

“I am deeply honored and grateful to Her Majesty, and my friend Monty Roberts for their recognition – working to help the voiceless horses we all care so deeply about has been the greatest honor and privilege of my life,” said Marty Irby, recipient of Her Majesty, Queen Elizabeth, II’s Award. “I am certain that we will one day see the end of soring, doping, slaughter, and the use of whips in racing venues around the globe, and I hope that every horse lover will join me, Monty, and Queen Elizabeth, II in helping eradicate all violence and abuse from the equine world.”

Irby first came to know and work with Monty Roberts, The Man Who Listens to Horses, in 2005 at Waterfall Farms, where Irby served as Director of Sales and Marketing. As a result of the influence of Queen Elizabeth II, Roberts began  teaching Join-Up methods of natural horsemanship to Irby and his mentor, the late William B. Johnson, founder of the Ritz-Carlton Hotel Company, LLC in an attempt to imprint Roberts’ principles of non-violent training and horsemanship upon the walking horse industry and eradicate the painful practice of “soring,” the intentional infliction of pain to Tennessee Walking Horses’ legs and feet by applying caustic chemicals such as mustard oil, croton oil, kerosene, and diesel fuel and inserting sharp objects in the horses’ hooves to create an exaggerated high-stepping gait known as the “big lick.”

For the past fifteen years, Irby has worked to transition the Tennessee Walking horse breed away from its painful past of soring, much of that time from within the ranks of the breed, and since 2013 he has championed the U.S. Senator Joseph D. Tydings Memorial Prevent All Soring Tactics (PAST) Act that would eliminate the use of large stacked shoes and ankle chains integral to the soring process; increase penalties for violators of the Horse Protection Act; and eliminate the breed’s self-policing system, replacing it with inspectors licensed by the U.S. Department of Agriculture.

Irby has also worked to end the rampant practice of doping American racehorses by pushing for passage of the Horseracing Integrity Act that would ban the use of drugs on race-day; worked to advance the Safeguard American Food Exports (SAFE) Act that would permanently end horse slaughter on American soil; worked to help provide funding for the U.S. Dept. of Veterans Affairs’ equine-assisted therapy program to help our American heroes with PTSD, and worked to help save our iconic American horses and burros from the Bureau of Land Management’s mass round-ups and incarceration.

Irby testified before the U.S. House of Representatives in support of both the PAST Act in 2013 and Horseracing Integrity Act in 2020 and was recognized as one of The Hill’s Top Lobbyists for 2019 following the passage of the Preventing Animal Cruelty and Torture (PACT) Act that was signed into law by President Trump in the Oval Office with Irby present for the ceremony. Irby resides in Washington, D.C., serves on the board of directors for Equine Collaborative International, LLC, the Organization for Competitive Markets, and the American Horse Protection Society, and his written works on equine protectionhave been published in dozens of outlets across the U.S.

Click here to view the certificate from Queen Elizabeth, II.

JOIN-UP philosophies can be seen at work with both humans and horses across the world, from farms to major corporations. To learn more about Monty Roberts or the many applications of his Join-Up training methods, visit www.montyroberts.com. Horse Sense and Soldiers aired on Discovery Military in 2010 highlighting the therapeutic effect horses and Monty Roberts’ Join-Up® have on PTSD. Soon after Monty and his team developed the Horse Sense & Healing program for veterans and first responders. Lead-Up International was officially launched worldwide at the Monty Roberts International Learning Center in Solvang, California, in February 2017. The purpose of Lead-Up International is to reduce violence in the community by creating peaceful leaders from vulnerable youth utilizing equine-assisted therapy and non-verbal communication, building trust-based relationships.

Animal Wellness Action (Action) is a Washington, D.C.-based 501(c)(4) organization with a mission of helping animals by promoting legal standards forbidding cruelty. We champion causes that alleviate the suffering of companion animals, farm animals, and wildlife. We advocate for policies to stop dogfighting and cockfighting and other forms of malicious cruelty and to confront factory farming and other systemic forms of animal exploitation. To prevent cruelty, we promote enacting good public policies and we work to enforce those policies. To enact good laws, we must elect good lawmakers, and that’s why we remind voters which candidates care about our issues and which ones don’t. We believe helping animals helps us all.

The Animal Wellness Foundation (Foundation) is a Los Angeles-based private charitable organization with a mission of helping animals by making veterinary care available to everyone with a pet, regardless of economic ability. We organize rescue efforts and medical services for dogs and cats in need and help homeless pets find a loving caregiver. We are advocates for getting veterinarians to the front lines of the animal welfare movement; promoting responsible pet ownership; and vaccinating animals against infectious diseases such as distemper. We also support policies that prevent animal cruelty and that alleviate suffering. We believe helping animals helps us all.