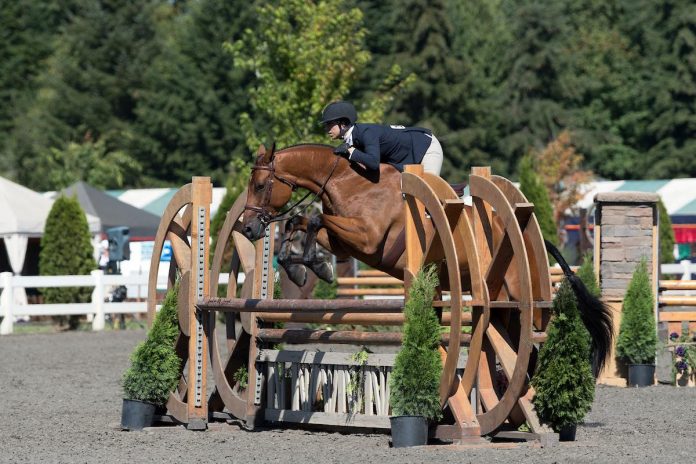 The combined class featured two phases for riders to showcase their green hunter mounts and vie for the regional title. Through both rounds, it was Wonderland, owned by Steckler and ridden by Partridge, who wowed the judges to take home the tricolor on a total score of 171.

“I thought both rounds were consistent and the mare, Wonderland, jumped quite well, receiving scores of 85 and 86, respectively. The first course had 11 obstacles and I felt that the mare gave it her all throughout the entire course. She then came back and continued to be brilliant in the second round,” said Partridge.

Partridge, of Thumbs Up Farm in Redmond, Washington, is no stranger to USHJA events, having placed third in last year’s WCHR Developing Professional Challenge.

The USHJA extends a special thank you to the Northwest Spectacular team and Team NW Equestrian Sports for hosting the Championship.