Home Blogs Hunter Hack Want to Know What it Takes to Win at the National Horse... 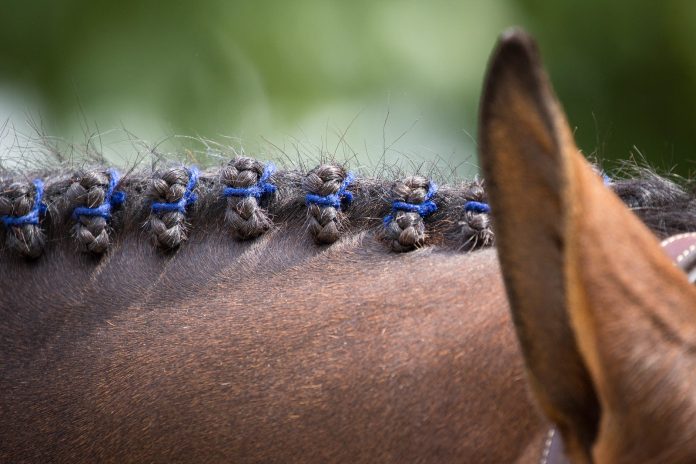 Of all the criteria that USEF ‘R’ Judge Carleton Brooks (a.k.a. CB) looks for in the competitors he judges at major events from coast to coast, the most important quality might surprise you. “Soundness,” CB says, “soundness is integral.”

Sure, it might seem like common sense, but for CB, talent doesn’t need to be complicated. “I think people [need to stay] up to the standards of quality, soundness, and jumping around the jump,” he says. “[It’s about] balance, way of going, symmetry, athleticism, looseness in the horse’s body, their attitude, and the effort to do their job.”

After a lifetime riding, training, and coaching tens of riders at every level at events such as the Pennsylvania National Horse Show, International Derby Finals, Junior Hunter Finals, and the Royal Winter Fair, CB would know. Alongside his wife, Traci Books, CB runs Balmoral in West Los Angeles and Malibu, California. Last March, Carleton earned one of the biggest honors of his career when he was inducted into the National Show Hunter Hall of Fame.

This fall, CB will be putting his judge’s scorecard to work at one of the country’s most illustrious venues, the National Horse Show in Lexington, Kentucky (October 23 – November 1, 2020). Founded in 1883 at the original Madison Square Garden in New York City, many things have changed at the National during its more than 135-year tenure. But one thing never has: among top competitors, the event’s reputation precedes it.

“To be able to pick the winners at the National Horse Show, you would call that [in itself] a national honor,” CB says.

For the longtime judge, the horses and riders who make it to Kentucky to compete are standouts in more ways than one. Not only are they some of the highest-caliber athletes in the sport, they’ve also proven that they have the soundness and physical stamina to campaign all season long. In this respect, the pressure is on the judges, as well as the competitors, to ensure they’re getting it right. “Having judged enough, I know that judges need to have the experience and knowledge [at the proper] level,” CB says.

And, when it comes to the ultra-competitive hunter divisions, there is one key factor that separates a blue-ribbon round from all the rest. “I want to see the horse really rock back, load up, and jump the jump,” CB says. “It’s a jumping contest—a lot of [horses just] go over the jump. That’s not jumping. It [should be] a physical jump, not just another canter stride.

“When I’m judging, I look for a regal look when the horse comes in the ring,” CB continues. “I want to see lightness and presence; I want to see balance. I want to see the horse wanting to rise to the challenge that’s presented.”

Unsurprisingly, CB’s checklist for junior riders competing for the highly coveted ASPCA Maclay National Championship title is no less demanding. But that, too, boils down to a simple concept. “No passengers,” CB warns. “[A rider should be] effective and in harmony with their horse. Just because they find a distance to all the jumps doesn’t mean they win the class.”

While his standards may be high—and higher, still, inside the Kentucky Horse Park’s Alltech Arena—CB believes that judging well is a two-way street, and promises that he doesn’t arrive at his post with preconceived notions of any kind. “Everybody is on an even playing field; I make a point of being extremely fair,” he says. “No past experiences interfere. [I’m there to] look for quality, athleticism, and outstanding performances.”

So just what constitutes an ‘outstanding performance’? For CB, it’s a competitor who’s able to mirror what the judge, a rider, himself, would do on that particular horse, in that particular moment on course. “Most of us [judges] have ridden and schooled horses, and we pin what we ride,” he explains. “When I’m judging, I enjoy riding all those horses along [with the riders, and] watching them improve.”

And there’s no better place for the sport’s top talent to shine than one of the country’s most illustrious, time-honored events. “The National Horse Show is where the best come together; it’s where you’re supposed to peak,” CB says.

“Everybody should bring their A+ game—not [just] their ‘A’ game.”