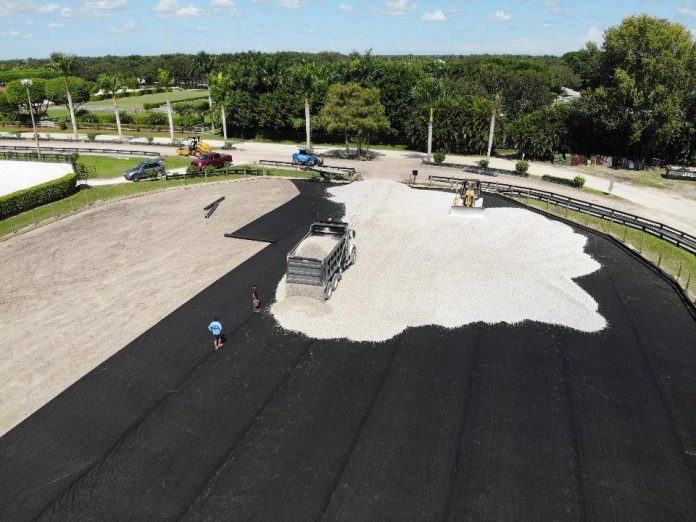 The Grand Hunter Arena, the Rost Arena, and the DeNemethy Ring are all being 100% re-engineered and constructed for the 2021 Winter Equestrian Festival (WEF), which runs January 6 through April 4. These three arenas are the next step in ESP’s strategic decision to use data engineering to produce arenas which are safer and kinder to the horse while providing the very top level of International performance. The engineering and construction of the new International Arena last season was the first step on that strategic journey.

“ESP very successfully demonstrated last year that it is committed to being a leader in the industry by using engineering and science to move the bar forward for all of our riding surfaces,” said Bellissimo. “Our strategic vision is to provide the very best competition environment for all horses and their riders at PBIEC.”

PBIEC is one of the premier equestrian venues in the world, hosting 36 weeks of competition throughout the year, including the internationally acclaimed 12-week Winter Equestrian Festival. WEF is the longest-running and largest horse show in the world and boasts 12 weeks of FEI Show Jumping competition and 13 weeks of Premier “AA” hunter competition with the addition of the new Premiere week at the start of WEF. During the 2019 season alone, more than 51 countries and each of the 50 states were represented throughout the duration of the circuit.

PBIEC exhibitors will ride on the new surfaces for the first time on October 29 at the ESP Fall Series, well ahead of the 2021 WEF season.

At the 2020 WEF, ESP demonstrated to the world that data engineering could be used to reimagine an Ultra-Competition riding surface which meets the top international levels of performance yet remains kind to the horse. This season that very same strategic engineering process is being applied to the Grand Hunter Arena, the Rost Arena, and the DeNemethy Ring.

Michael Stone, President of ESP, remarked, “As we demonstrated last year, ESP set in motion a multi-year project to use science and analytics to assure the footing in all its arenas is the very best. To achieve that vision, we are committed to using the proven data engineering process of our strategic partners, JTWG All Equestrian Surfaces and iEquiTek, LLC.”

Last year a series of performance specifications, called WEF Hi-Pro™, were developed in the process of engineering the new Ultra-Competition level International arena. This season JTWG and iEquiTek have designed and engineered surfaces optimized uniquely for the hunter and jumper rounds in the Grand Hunter Arena, the Rost Arena, and the DeNemethy Ring. Part of that process involved designing the footing and complete arena system so that its performance for jumpers would mirror that created last season in the new International Arena. And, another part of the process involved optimizing surfaces specifically for the hunters.

Travis Gould, President of JTWG, said, “The remarkable thing about the strategic plan which ESP set forth last year is how totally committed they are to building the very best arenas in the world. Last year we built the very best Ultra-Competition arena in the world. This meant taking no short cuts and using data and modeling to guide the process. It’s clear that our views on this match perfectly with ESP. We are very excited to continue as their strategic partner to implement this vision by bringing WEF Hi-Pro™ performance to these three arenas.”

Bill Hawe, Manager of iEquiTek said, “ESP has shown they are conceptually ahead in conceiving the best riding surface designs. They really understand how to use our data analytics to engineer outcomes which are kind to the horse while achieving the very best performance. This year we have been able to help them with completely new designs for the hunters and for the jumpers outside of the International. As it was last year, the modeled and measured data allows them to know the result before the arena is constructed.”

A breakthrough last year in the engineering process to construct the new Ultra-Competition International arena was the definition of WEF Hi-Pro™ performance standards. These performance levels for riding surfaces have now allowed ESP to align the performance of other arenas, such as the DeNemethy Ring, the Rost Arena, and the Grand Hunter Arena with the proven results from last season.

Rather than simply copying an arena design, ESP can now engineer the performance outcome ahead of time. ESP can design and construct these arenas using a differing set of components such as mats, fiber, sands, etc. while still knowing and controlling the performance outcome ahead of time. In this way ESP maintains their performance standards. The DeNemethy Ring is being constructed with a drainage base layer using ProEquus OT-40 concussion mats. In the iEquiTek lab, JTWG and iEquiTek designed new custom footing mixes for all the arenas. Premier Equestrian ProTex geotechnical amendment was used in the footing mixes. JTWG completely removed the materials from the old arenas, and all-new arenas were constructed in the same footprints.

JTWG All Equestrian Surfaces is a strategic partner of ESP. JTWG is one of the world’s leading designers and constructors of equestrian riding surfaces.  Their construction of the new PBIEC International arena and the new Tryon Stadium Arena have demonstrated their leadership in Ultra-Competition arena construction.

ProEquus is a world-renowned European company providing components for equestrian riding surface construction, such as the OT-40 concussion mats. Their products have been widely used in top competition and training arenas around the world.