Home Blogs Who Is in Contention for Horse of The Year in the US? 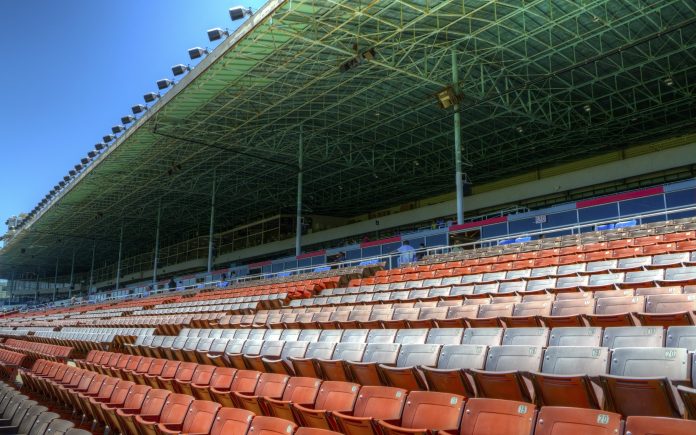 As we head towards the end of 2020, consideration will now be being given to who is the Horse of the Year in the US. We have seen some spectacular performances on the track so it is not going to be an easy process.

Here are three horses who look to have done enough to be on the shortlist for the award in 2020.

It’s been an excellent year for Improbable who has picked up three Grade One wins since June. Bob Baffert’s runner is the favourite in the betting to win the Breeders’ Cup Classic at Keeneland next month. Victory at the World Championship meeting will probably help the four-year-old seal the award.

As you can see from the racing results this season, Improbable’s run of Grade One successes began at Santa Anita in the Hollywood Gold Stakes. He then scored at Saratoga in the Whitney Stakes where he was eased inside the closing stages after drawing clear of his rivals.

Improbable proved his class once more recently when getting the better of Maximum Security at Santa Anita in the Awesome Again Stakes. The win in California proves the horse is at the very top of his game at the moment and is a match for anybody on dirt in his division.

The Saudi Cup is the richest race anywhere in the world and the inaugural running of the contest at Riyadh was won by Maximum Security back in February.

After his win in the Middle East, the four-year-old moved from Jason Servis’ barn to Baffert. The son of New Year’s Day then won his opening two races for his new trainer, including the Grade One Pacific Classic Stakes at Del Mar.

Although Maximum Security was beaten when sent off as the odds-on favorite last time out at Santa Anita, it has still been a huge year for the horse. It could also get better for him at the Breeders’ Cup for his first appearance at the meeting after missing out in 2019.

Tiz The Law became the first New York-bred horse to win the Belmont Stakes earlier this year in the opening leg of the US Triple Crown in 2020. He then went off as the favorite for the Kentucky Derby at Churchill Downs but had to settle for second place behind Authentic.

Barclay Tagg’s barn star has won four of his five appearances on the track this year. He proved he is one the best of his generation when he prevailed in the Travers Stakes at Saratoga back in August. There were over five lengths between the colt and his rivals when he crossed the finish line in New York.

Tiz The Law’s rivalry with Authentic could be one to savor later in the season and, hopefully, in 2021 as both horses are of the highest level. Connections of the Belmont Stakes winner will be hoping their horse can reverse the form with Authentic when they meet next time out.

Special mentions must also go to Preakness Stakes winner Swiss Skydiver and Shedaresthedevil who came out on top in the Kentucky Oaks, as they have also had a great season. Whoever does get the nod for Horse of the Year will have taken the prize in what has been a strong year for US racing.

The Ramp of Tears