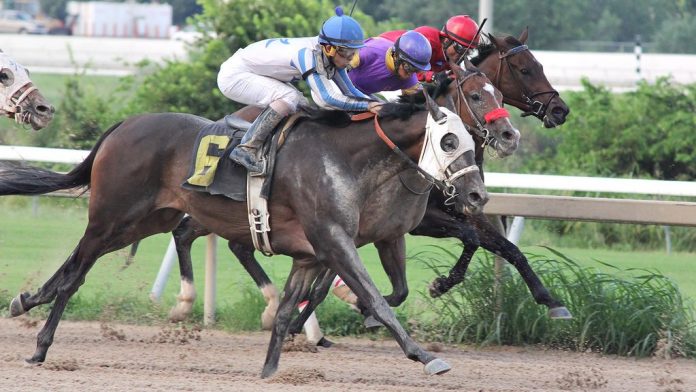 Across the pond, the major moments in the final months of 2020 have belonged to female jockeys in British horse racing. Fresh from Hollie Doyle’s breakthrough Grade 1 success on QIPCO Champions Day at Ascot in the fall, Bryony Frost and Frodon made more headlines and history.

No British woman has ridden more winners over jumps than Frost with 175 (and counting), and she set the new record for female National Hunt jockeys of the future to aim at in an event as prestigious as a Triple Crown steeplechase. Frodon was sent off a relatively unfancied 20/1 for King George VI Chase glory at Kempton Park on Boxing Day.

If you had seen his last run-up at Aintree near Liverpool, a Grade 2 race honoring Hennessy Gold Cup and Grand National winner Many Clouds, then it would in all honesty have been hard to fancy him. Frodon has never liked taking a lead from other horses and prefers to make his own running instead.

He sulked in the Many Clouds Chase, where the low sun in the winter sky meant a number of fences couldn’t be jumped. After all, equine and jockey safety are paramount in this sport.

That race wasn’t run to suit, so the solution was simple. Frost, the daughter of 1989 Grand National winning jockey Jimmy, would make sure the King George brought the best out of Frodon herself.

This was despite the fact that the pair were the underdogs of four representatives from the powerful stable of Paul Nicholls. Nobody can touch this racehorse trainer when it comes to the King George.

Already holding an unparalleled record in the big Christmastime steeplechase, Nicholls extended it to an incredible twelfth victory and tenth in the last 14 years. Frodon’s name is on an honor roll, which includes See More Business, Silviniaco Conti, Clan Des Obeaux, and the equine legend that is Kauto Star – five times the King George winner in his own glittering career.

Frost kept things simple tactically on him. Sure, Clan Des Obeaux had won the race in each of the last two years, and another stable companion, Cyrname, was the highest-rated steeplechaser in training in Britain going into it, but that didn’t matter.

Frodon is a horse at his best jumping off in front, so Frost fired him into every fence. He never saw another rival, made every yard of the running for three miles, and won in brave style that you can’t help but admire.

The odds will tell you this was an upset, a turnup unexpected by bookmakers and bettors alike. Frodon had done something similar at Cheltenham in a handicap following a summer break, though.

That track, and the way it is configured, counter-clockwise and undulating with hills to climb in both the back stretch and off the home turn, arguably suits him better than Kempton, which is flat and favors speed rather than stamina. Frodon showed his versatility, even though he has gone about winning races in the same fashion and had recorded previous Grade 2 successes at the Greater London course.

He was there to be shot at out throughout, and the horses with greater reputations didn’t respond accordingly. Frost controlled the race superbly, while other jockeys dithered thinking they could sit back and watch Frodon crack.

That never happened. Frodon has to be taken seriously as a 2021 Cheltenham Gold Cup contender now and, as of December 29, the latest racing betting odds have him at 14/1 in the futures market.

There is plenty of course form, besides the King George success, that lends weight to his case. Nicholls and Frost faced a tough choice between going for the Gold Cup with Frodon this past season and mounting a defense of his Ryanair Chase crown.

He won that back in 2019 in such style, after proving his stamina in the Cotswold Chase six weeks before that Cheltenham Festival fairytale, that it was easy to return for the same race. In 2021, those who know Frodon best could well now be dreaming of Gold Cup glory.

To date, he was won six of his 11 steeplechase starts at Cheltenham. Besides his gutsy 2019 Ryanair Chase victory, he also landed the Caspian Caviar sponsored December Gold Cup twice earlier in his career.

Could the magical partnership between Frost and Frodon produce one more miracle? Some horses just bond with their riders and, whatever happens in the Cheltenham Gold Cup, this particular pairing have already made great memories and their own space in the annals of sporting history.