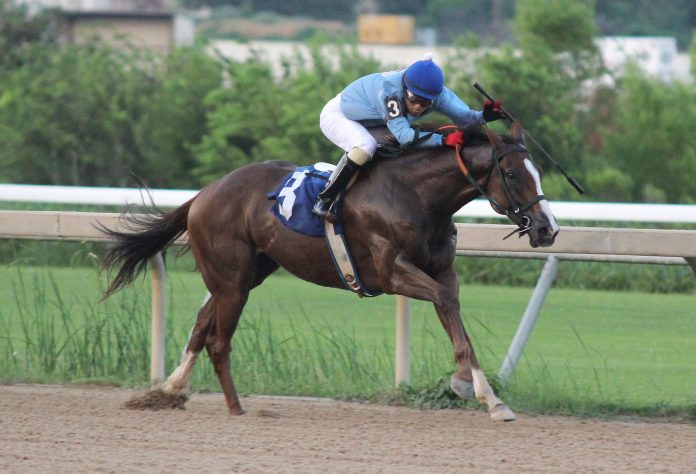 The annual excitement that surrounds the Cheltenham Festival is starting to build. The four-day National Hunt racing spectacle is just a month and a half away, so if you haven’t already, get March 16th-19th pencilled into the calendar, as the chances are you won’t be moving from your sofa.

Of course, due to the ongoing spread of the coronavirus, the Prestbury Park concourses will more than likely be bare next month, and there will be an eerie atmosphere around the Cotswolds as thousands of racegoers across the UK and Ireland are made to stay home.

However, whilst spectators won’t be allowed to make the short trip across the Irish sea, the regular large contingent of horses from the Emerald Isle will, and in typical fashion many of them lead the way in the betting exchange. So, from Willie Mullins’ and Gordon Elliott’s experienced yard to Henry de Bromhead’s up-and-coming stables, read on as we take a look at Ireland’s best chances of victory at this year’s Cheltenham Festival.

The early entries for the Festival’s opener are locked in, and Appreciate It leads the way by some distance in the market. It was unfamiliar territory for Mullins last year as he was made to wait until the final race of day two to land a winner, so he’ll certainly be hopping the seven-year-old gets him off to a flying start this year. Appreciate It heads to Prestbury Park on the back of two victories at Cork and Leopardstown.

From the opening race of day one to the last, and from Mullins to Elliott. Having won each of his last four races, including a whopping 22-length victory at Killarney in Ireland, Galvin is on a hot streak heading into the Festival’s Amateur Jockeys’ Novices’ Chase, and he is miles ahead of the rest of the betting market.

Tipped to be a Gold Cup winner in the near future, this year’s Festival Novices’ Chase will be a true test of Monkfish’s mettle. After all, the race is considered to be the Novices’ version of the Festival’s showpiece, and it has produced several Gold Cup winners in the past. The Rich Ricci-owned horse is unbeaten in five outings, which includes a victory in the Spa Novices’ Hurdle last year and he is heavily tipped to romp to victory again this year.

Day two’s final race, the Champion Bumper, will only be Sir Gerhard’s third outing. However, lengthy victories at Boulta and Down Royal as well as win in the “Future Champions” at Navan have put the Elliott-trained horse in good stead for the Festival, and he’s expected to prevail once more.

Sticking with Elliott, his Envoi Allen looks like a banker in the opening race of day three. The seven-year-old is unbeaten in all 12 of his races to date and has already won an impressive four Grade 1 races. In this year’s Marsh Novices’ Chase, he will be gunning for a third victory at the Festival, and we wouldn’t bet against it.

Zanahiyr has come on leaps and bounds since switching from Michael Halford to Elliott. Under the former, the four-year-old had won just once in four outings. However, since joining Elliott’s stables, he has gone unbeaten in three races, and a Grade 1 victory is well and truly on the cards for the juvenile.

Al Boum Photo will have his sights set on etching his name into the history books alongside the likes of Arkle and Best Mate with a third successive victory in the Gold Cup, and come race day, he will have the backing of most punters to do just that. The nine-year-old is the outright favourite in the market for the showpiece race, with de Bromhead-trained A Plus Tard his nearest competitor. History could be made there too, with Rachael Blackmore possibly becoming the first female jockey to win the Gold Cup should A Plus Tard pip the Mullins-trained favourite over the line.

Chacun Pour Soi and Min are also worth keeping an eye on in the Queen Mother Champion Chase and the Ryanair Chase, whilst day one’s David Nicholson Mares’ Hurdle could be contested by three fantastic Irish horses, Concertista, de Bromhead’s unbeaten Honeysuckle and Benie Des Dieux

Good Luck, Have Fun – a Tribute to Wendy Dean Johnson