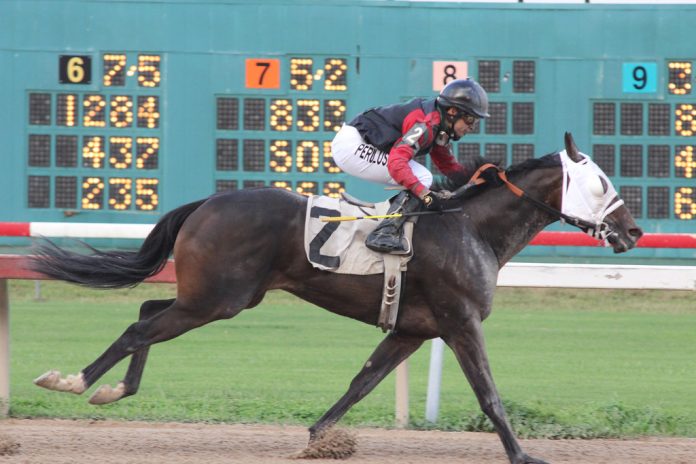 The Aintree Grand National meeting returns from April 8th to 10th, two years after Tiger Roll famously won the race for the second successive year. The 2020 renewal was abandoned when the UK was forced into Lockdown by the pandemic, depriving the Irish horse an attempt to equal the record three victories by the legendary Red Rum.

The Grand National is the most famous steeplechase in the world with forty runners and riders tackling the famous Aintree fences. There is a high quality field of entries for this year’s Grand National, but Tiger Roll is no longer among them after his owners took the decision to withdraw the horse.

Racing resumed in the UK after a three-month hiatus and has been staged almost exclusively behind closed doors ever since. The Industry took a further hit just two weeks before the Cheltenham Festival when a picture of leading Irish trainer Gordon Elliott astride a dead horse began circulating on social media.

The authorities moved quickly to limit the damage to the sport’s reputation, dishing out a lengthy ban to Elliott. This meant no horse could run in his name at the Cheltenham Festival with Denise Foster taking over the running of his yard. Leading owners Cheveley Park elected to transfer their horses to other trainers immediately, including rising chasing star Envoi Allen.

Tiger rolls back the years at Cheltenham

Elliott trained Tiger Roll to his two Aintree victories and the horse remained in training this season following the 2020 cancellation. Now aged eleven, connections appealed to the official handicapper for leniency when assessing his weight for this year’s race. Their appeals fell on deaf ears and the horse was rated 7lbs higher than when successful in 2019. After due consideration, they decided to withdraw Tiger Roll from the Grand National at the latest declaration stage.

The gelding lined up for the Cross Country Chase at Cheltenham as second favourite behind 2020 conqueror Easysland. His previous form had raised concerns that the horse was in decline but Tiger Roll delighted his fans, jumping boldly and pulling away from the favourite to win impressively. It was his third win in the race and his fifth at the Cheltenham Festival, just one behind six times winner Quevega and level with the great Golden Miller.

There will no be record third Grand National this year for Tiger Roll but he could stay in training as a twelve-year-old. Red Rum claimed his third Grand National at that age in 1977, three years after his second success. That fact has not escaped the attention of Tiger Roll’s owners who are ruling nothing out.

One horse stands out in the Grand National betting this year with Cloth Cap already 6-1 clear favourite. He has won easily at Kelso since the weights were announced, prompting the handicapper to raise him a stone in the official ratings. He will race off his old mark at Aintree and will bid to give owner Trevor Hemmings a record fourth win in the race.

Hemmings won the race for the first time with Hedgehunter in 2005 who started 7-1 favourite, trained by Willie Mullins and ridden by Ruby Walsh. His second success came with Ballabriggs in 2011, trained by Donald McCain Jr., son of Red Rum’s trainer, and ridden by Jason Maguire. His colours graced the winner’s enclosure for a third time with Many Clouds in 2015, trained by Oliver Sherwood and ridden by Leighton Aspell.

Cloth Cap is trained by Jonjo O’Neill who never won the race as a jockey but trained Don’t Push It, the winner in 2010 under Tony McCoy. Tom Scudamore is the regular rider and it would mean a tremendous amount to him to win the great race. His grandfather Michael won on Oxo in 1959 while the prize proved elusive for his father, champion jockey Peter Scudamore.

There will no spectators at Aintree this year but a massive worldwide TV audience will tune in on April 10th. UK Racing has been through a turbulent few weeks but the likes of Tiger Roll have helped to remind the public why horse racing remains an integral part of the British sporting calendar.

Will the Queen Have a Winner at Royal Ascot This Year?