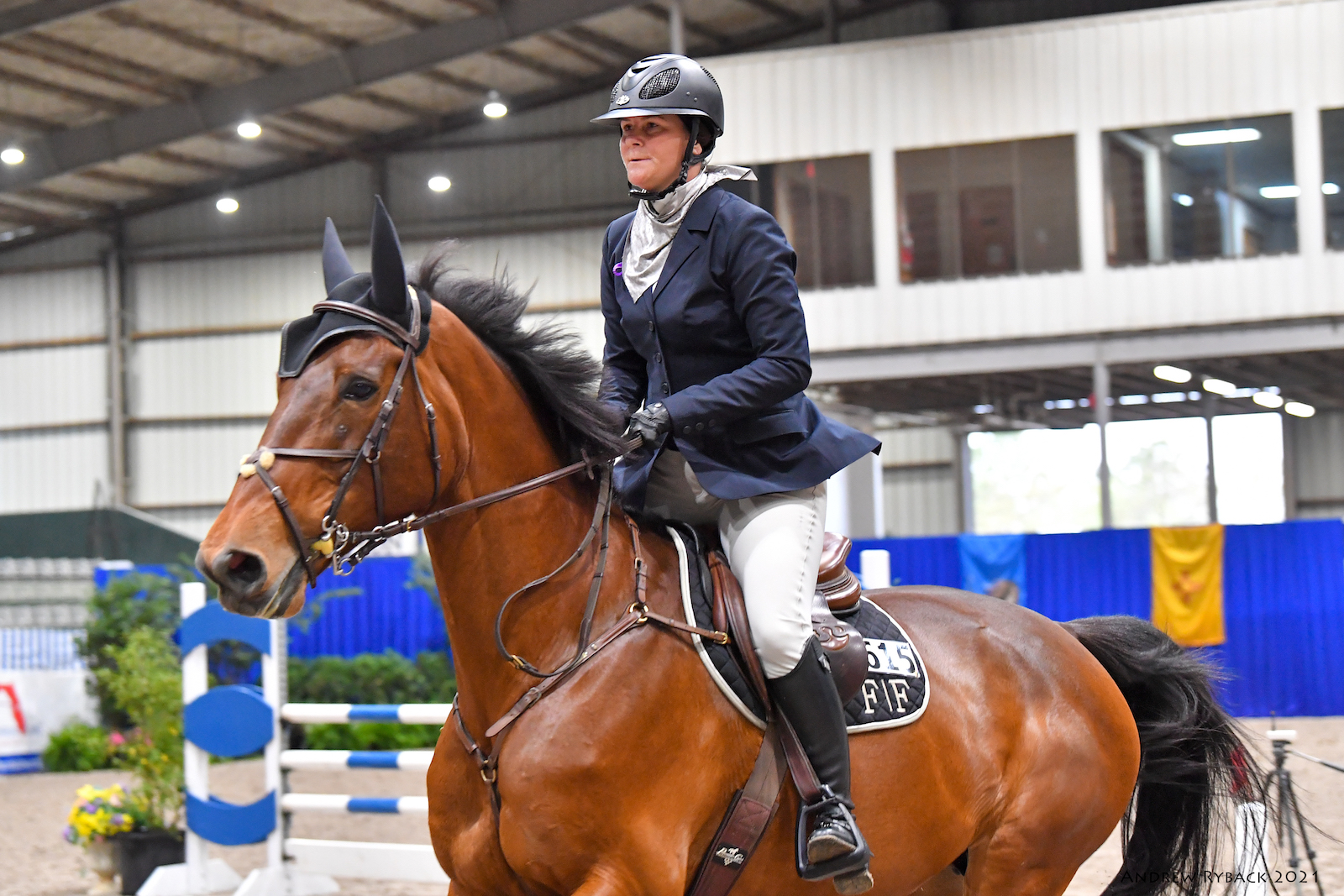 Colleen Acosta has been riding since before she could walk. Her mom, Scheryl Smith, was a local Pony Club trainer, and when Acosta was 5 years old, her grandfather bought her her first pony from a sale barn for $200. That pony, Sprinkles, dumped her almost every day she rode him, but he taught her how to be brave in her riding.

“After that pony, I was pretty fearless,” Acosta said. “I would get on anything.”

Originally from Florida, Acosta took her first trips to the ring on Sprinkles in the walk/trot division. She started training horses in high school, working for Katie Young in Jacksonville, Florida. Five years later, she and her husband moved to Texas, where she worked under Matt Cyphert for seven years before she was offered a job in Southlake, Texas.

“I’ve been fortunate to work with a lot of other great trainers along the way that have coached me,” Acosta said. “Richard Cheska helps me a lot as a mentor and friend, and I’ve done a lot of business with him that has led me to success, also.”

Acosta has had some challenges to overcome since she broke her ankle two years ago. Since then, she said it has been hard coming back, but she’s finally getting to a point where she feels like she’s making progress.

“I would like to get more consistent back into the grand prix ring with the horses I have,” Acosta said. “After the injury, it’s been a little tough getting the confidence back, but I have a very large support system, and I have very nice horses, so I feel like I’m on the right track.”

Acosta has ridden for an impressive list of sponsors, including Bruno Delgrange saddles, Freejump, Choice of Champions supplements and Luxe Eq. Her goal as her career progresses is to invest in and develop younger horses, then sell them and watch them continue to grow. She loves the hunter/jumper sport since it’s always a challenge and always changing.

By the Numbers: Best Represented Sires at the Olympic Games