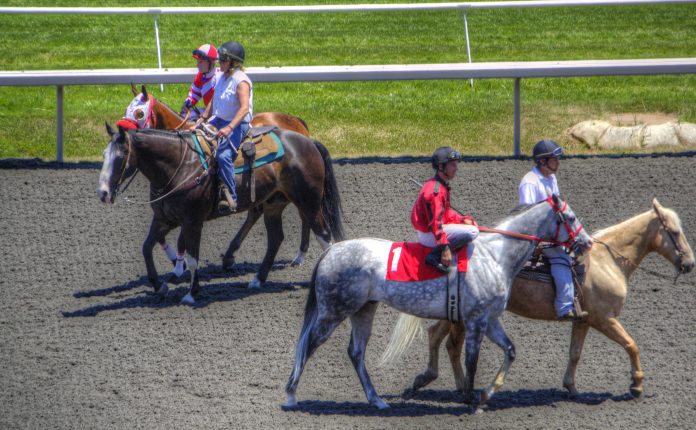 It doesn’t seem that long ago that the sight of a female jockey at the highest level in the sport of horse racing was relatively rare. That has all changed as we are now seeing female jockeys have so much success in recent competitions especially.

Here is a look at some of the women who, in many ways, have been trailblazers, and have helped change the general view of women in the sport.

National hunt rider Rachael Blackmore has been described as the “best jockey in the sport right now’ by 20-time Champion Jockey Tony McCoy. That is some compliment from a man who is undisputedly considered the greatest National Hunt jockey of all time.

Blackmore has had an incredible season. She rode six winners at the Cheltenham Festival, including a success onboard Honeysuckle in the Champion Hurdle. She will partner the mare again in the Punchestown Champion Hurdle later this month, where they have horse racing odds of -150 to compete for a big race double.

The Irish rider became the first female jockey to win the Grand National earlier this month. She made history onboard Minella Times at Aintree, ensuring the wait for the first female winning jockey ends.

Blackmore’s success this season is no surprise, however, as she has consistently ridden a lot of winners over in Ireland over the last few years. The majority of her rides come from trainer Henry De Bromhead, with whom she has formed a fantastic partnership.

The 31-year-old is sure to have her sights on becoming the Champion Jockey next season in Ireland. She is supported by all the leading trainers in the sport, and she has rewarded them for the confidence they have shown in her.

Hollie Doyle Set For Another Big Year On The Flat

2020 was a big year for Hollie Doyle. She was nominated on the shortlist for the BBC Sports Personality of the Year award in the UK, where she finished third. The Flat jockey was also named the Sunday Times Sportswoman of the Year.

There were a lot of firsts for Doyle last season on the track. She rode her maiden Group success onboard Dame Malliot in the Prince of Wales’s Stakes. Later in the campaign, she was victorious on British Champions Day in the Long Distance Cup and Champions Sprint with Trueshan and Glen Shield respectively.

Doyle featured at the Breeders’ Cup last November. It was the first time she had travelled across to the United States for the World Championship meeting. The English jockey partnered with Mighty Gurkha in the Breeders’ Cup Juvenile Turf Sprint, and her international profile continues to grow.

The next target for Doyle will be a first jockeys’ title. She is very much in the mix for the crown in 2021, and, if she can land the title, it will be another huge step for female jockeys.

With Blackmore, Doyle, and many others proving what is possible in the saddle, expect to see a whole generation of female jockeys inspired to take up the sport in the near future.