Home Blogs 5 Nations that Love Horse Racing the Most 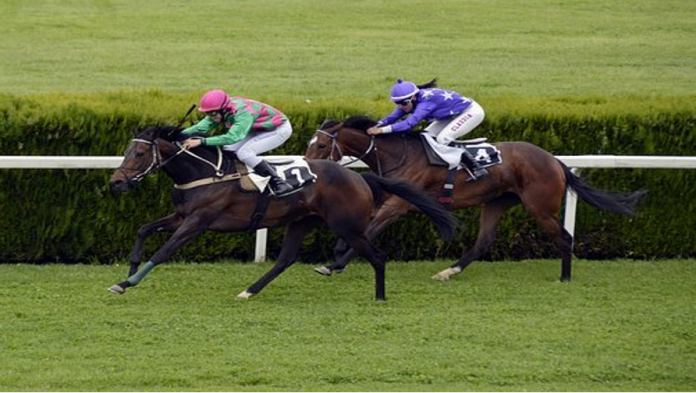 For as long as humans have ridden horses, they have raced them. Horse racing is known as the Sport of Kings, and historians will tell you that this is because in ancient times, royalty would racehorses both to sharpen their skills and to establish which steeds would be the most fleet of foot in battle. No doubt there is some truth to that, but it’s equally true that horse racing exists for the same reason as motor racing – to satisfy our natural competitive instincts and our love for speed.

It’s a sport that is popular throughout the world, but there are some countries that we can consider horse racing hotspots. Here is our run-down of the five nations that love horse racing the most.

The UK and Ireland

The history of horse racing in the UK dates back 2,000 years to the times of the Roman Empire, but racing as it exists today really started in the late 1700s with the formation of the Jockey Club. Many of the great racing bloodlines in the UK and the Republic of Ireland today can trace their lineage all the way back to the General Stud Book that was first published in 1791.

Racing is second only to football in terms of its UK popularity as a spectator sport and falls into two categories. National Hunt races are over jumps, while flat races are not. Here, more than anywhere, the sport remains closely associated with its royal heritage. Queen Elizabeth has a lifelong love of horses, and despite turning 95 this year, she still rides on the grounds of Windsor Castle. She and her family are constant attendees at racing festivals like Royal Ascot, and Her Majesty is said to enjoy placing a wager or two!

The horse racing season runs throughout most of the year, starting in March and ending on New Year’s day, with only a short break before the new season begins.

Perhaps unsurprisingly as part of the British Commonwealth, the horse racing scene in Australia has many similarities to that of the UK and Ireland. In addition to flat races and steeplechases over jumps, harness racing, in which the horses pull small chariots behind them, is also wildly popular.

From a spectator perspective, horse racing comes third in terms of popularity, behind Aussie rules football and rugby. There are more than 350 licensed race tracks dotted around Australia, but the major ones include Belmont in Perth, Randwick in Sydney and Flemington in Melbourne. This latter is home to the Melbourne Cup, one of the biggest events in Australia’s sporting calendar. The race takes place on a public holiday, and even those who usually have little interest in racing tend to get involved and place a bet, just for fun. Supersite CasinoShortList is a great resource for finding sites offering wagers in advance of this year’s race.

The importance of horses to the early settlers in the US cannot be overstated, and although the first racetrack was laid out on Long Island in 1665, events were sporadic and impromptu. The sport was not properly organized until the late 1800s when the US created its own version of the Stud Book.

Most US races are on the flat, and typically they are over shorter distances than in the UK or Australia, although there are some exceptions. For US jockeys, the ultimate achievement is to win the triple crown. This involves the three most prestigious races on the American racing calendar, the Kentucky Derby, the Belmont Stakes and the Preakness Stakes.

Betting is a huge part of horse racing in the US, especially as up until recently, it was one of the few exceptions to a general prohibition on gambling. Those rules have been relaxed since 2018, but betting on the races still has a special place in American hearts, and wagers to the tune of billions of dollars are made every year.

Japan is a nation that is crazy about its horse racing. In fact, there are well over 20,000 races run every year. As well as the traditional flat racing and steeplechases, you can also attend Ban’ei races, in which the jockeys ride on sleds and the horses drag them up sandy slopes. It’s a type of racing you won’t see anywhere else in the world. As was the case in the US until recently, horse racing is one of the few sports that people are allowed to bet on in Japan, so this is an important part of racing culture.

Japan’s racing season mirrors that of the UK, which is no major surprise as the sport was first introduced by British colonists in the 19th century. The season gets underway in February and continues till the end of the year, so the off-season is only about a month long.

The top jockeys and trainers are always interested in establishing a presence on the Japanese racing scene, as the prize money can be immense. For example, the Japan Cup, which is the biggest event on the nation’s calendar, brings with it a purse that works out at about $6 million. Compare that with the money on offer for the biggest races in the UK or USA: The Grand National in England has a purse of a little over $1 million, while the Kentucky Derby has a total payout of about $3 million.

Last but certainly not least, we move to another former British colony. In Hong Kong, horse racing is the most popular sport, eclipsing even soccer. Being a far smaller territory than the other nations we have looked at, the racing is far more condensed. However, that simply increases the intensity, and the 20-30 major jockeys are all sporting royalty on the island – think Cristiano Ronaldo, Tom Brady or Serena Williams and you start to get an idea of their fame.

They ply their trade at two racecourses, Happy Valley and Sha tin, and all races are organized by Hong Kong Jockey Club. This organization, which also manages all aspects of betting, schedules approximately 700 races per year across the two tracks, so there is something happening every single day.

Tips to Survive No Stirrup November