Home Blogs Who are the favorites for the Kentucky Derby? 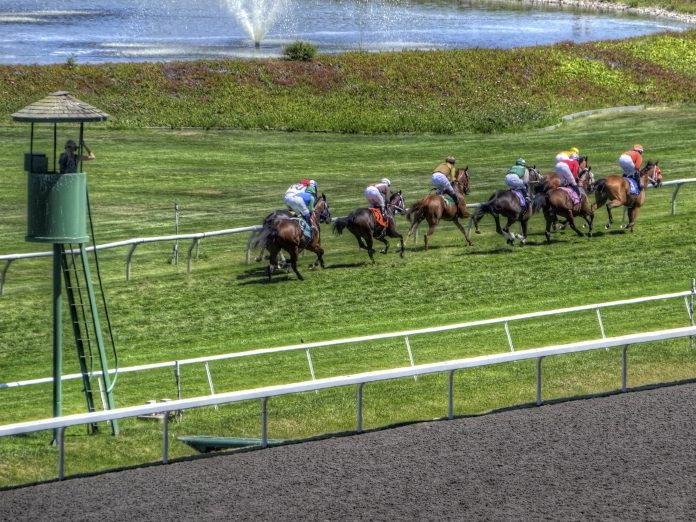 The Kentucky Derby is the signature event of the American horse racing calendar, providing riches and prestige for the winning parties. Jockeys, trainers and owners mark their schedules in the hope that they are the ones entering the winners’ circle at the Churchill Downs. It takes a special horse to win the Derby and a strong team in support to ensure that the preparation is flawless, allowing the competitors, both horse and jockey, to deliver on the grand stage.

Authentic won the race in 2020 with a fine performance and with experienced jockey John Velazquez at the reins. Velazquez triumphed for a third time, while trainer Bob Baffert notched a record-equalling sixth win at the Derby. He will be striving to make history at the race this term by becoming the outright leader in victories, breaking his tie with Ben A. Jones. Boasting the best trainer in the field and an excellent jockey are two of the factors that are key to backing a winner in the Kentucky Derby.

However, you must also consider the form of the horses entering the contest, and whether they can translate their past performances on the grand stage on a new racetrack. We’ll now look at the leading contenders for the 2021 Kentucky Derby based on the odds of the bookies and form heading into the race.

Essential Quality is the hot favorite going into the contest, having won all five of his races to date, including the Breeders’ Cup Juvenile and Blue Grass Stakes in his last appearance. Brad H. Cox’s charge has a strong pedigree and proven caliber against quality opponents. He also boasts a win at the Churchill Downs in the first race of his career, providing a firm grounding for a crack at the Kentucky Derby.

However, there are no guarantees in the world of horse racing as an odds-on favorite can finish last and a +10000 rank outsider can win even the grandest of contests. There are tools available to allow bettors to mull over the vital factors in predicting horse race winners across the Atlantic in Britain and Ireland, and these can narrow down the best selections available through analyzing vast amounts of data. The ability to react instantly to changes means these systems are well-placed to find underrated horses across major events such as the Grand National and Royal Ascot, as well as smaller races.

Rock Your World could come up from the outside. For bettors, there is not as much information on the three-year-old compared to Essential Quality. He has only competed twice, with both races coming at the Santa Anita Park. Rock Your World won both of his races, including the Santa Anita Derby by four-and-a-half lengths over Medina Spirit. Trainer John W Sadler has never won the Kentucky Derby, but the ownership group of Hronis Racing Llc & Talla Racing Llc will be optimistic of notching their first triumph given the form of their charge.

Joel Rosario has been entrusted with the reins and does have a victory at the event back in 2013 with Orb. Rock Your World does have the credentials as three horses in the past 10 years that have won the Santa Anita Derby have gone on to win the Kentucky Derby, notably the Triple Crown winner Justify in 2018. However, the contest at the Churchill Downs has been anything other than predictable.

These are the two leading contenders in the race for the Kentucky Derby title, but it remains to be seen who will take their place in the winners’ circle. There could even be a stunning upset from a horse far flung back in the sportsbook odds.