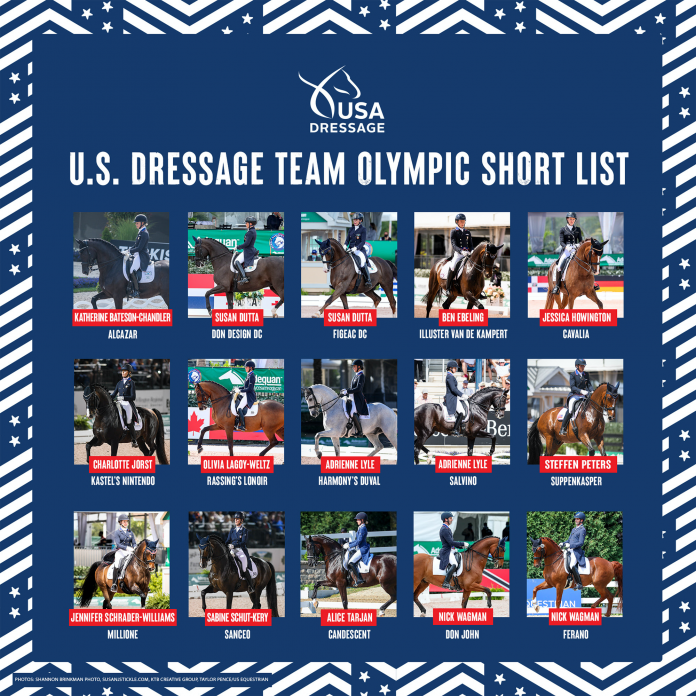 US Equestrian has announced the 12 athletes who have been selected to the U.S. Dressage Olympic Short List. The total of 15 athlete/horse combinations are in consideration for the three team spots and the traveling reserve for the Tokyo 2020 Olympic Games this summer.

The following athletes and horses have been selected to the U.S. Dressage Team Olympic Short List and are listed in alphabetical order:

The final team selection will be announced by June 21, 2021. All nominations to the U.S. Olympic Team are subject to approval by the United States Olympic & Paralympic Committee.

Grant Seger Opens Up the 2022 Winter Equestrian Festival with 1.45m...