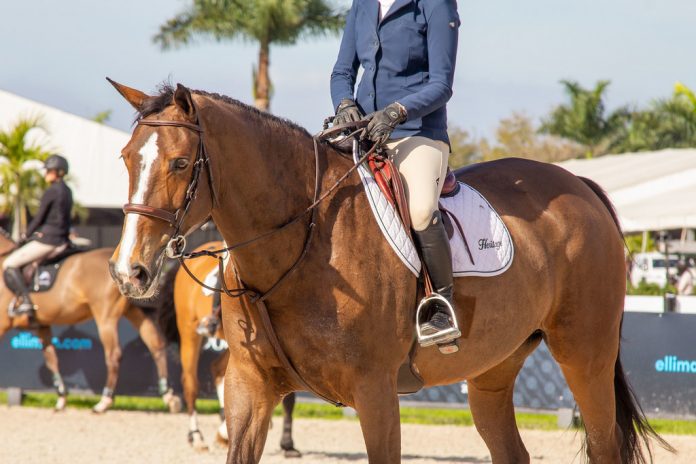 BY A FED UP HORSE OWNER

The letter to the editor was sent anonymously to The Plaid Horse.

We’ve all heard it. Many of us have said it. The rising costs of rated shows in this country are out of control. This has always been an elitist sport, but at least it used to be a little bit obtainable for anyone that really wanted it. With each season that passes, horse show prices are pricing out good riders, good horses and hard working people. But why?

There is a deep, dark underground amongst horse show organizers. Most of them don’t want you to know about it. Unfortunately for those at the bottom of the hierarchy, it’s time to make this all public knowledge. Time to explain where the cost is truly coming from. Maybe if the customers start shedding light on the back door deals that cost us a ton of money, USEF will finally stand up and do something about it.

Let’s talk dates. Horse show managers can “own” dates. Let’s say Billy owns a horse show management company and he runs 20 horse shows a year on the same calendar weeks, every year. He owns those dates with USEF. Depending on the rating, no one can host a horse show within around 100 – 250 miles of Billy. So now for almost 1/2 a year, Billy can have a monopoly on horse shows in his area.

So, what if Billy doesn’t want to run his horse show five of those weeks. Since he isn’t, can someone that does want to run those dates do so? Nope, not that easy (but it should be!). If they want to run a show, they have to lease or buy the dates from good ol’ Billy. And that doesn’t come cheap.

Even though Billy isn’t hosting a horse show, he’ll be putting plenty of money in his pocket. A “not highly desired” week can go for $350,000.00 for sale or $40,000 (give or take a lot) to lease. Yes, you read that right, over a quarter of a million dollars to “buy” a horse show date. Now remember, that isn’t a popular date. If you want a highly sought after horse show week, well… you can use your imagination.

What does Billy leasing or selling his horse show to a different manager mean for you? Well that $350k+ fee has to get paid somehow, enter your show bill. Stalls at a facility that go for $100 at other discipline shows become $450. Shavings that are $7 a bale, they’re now $12. RV spots that are $200, they’re now $500. And it keeps going up and up. You won’t see much change in the way of class fees—those are fairly standard across the board. But trust me, Billy makes his $350k because the new buy passed that cost on to you.

Let’s talk about the new guy for a minute, we’ll call him Mark. Mark is a new kid on the block, and he’s got fresh ideas that competitors are excited about. Mark wants to bring us owners what we want—a great horse show at an affordable rate. In this example, two years ago Billy ran his show on his date, July 15th, and had 150 horses in attendance. But after that, Mark ran a superior show. When he leased that week from Billy, Mark’s show brought in 800 horses.

Now, you would think at this point there would be some sort of interception from USEF saying, “Hey, the better guy wins here. The people have spoken and Mark gets that week.”

But no, Billy can continue raking in those lease fees for as long as he wants. And Mark can’t actually put on affordable horse shows like he wants to, because he has to pay Billy his cut for the calendar dates he owns. Does the idea of someone owning a date make you cringe as much as us? Well, let’s talk about Phil. Because this web of taking money out of your pocket gets deeper.

Phil used to be a big shot manager. In his hay day, he put on 15-25 shows a year. Phil decided to retire, but he still owns the show dates. He doesn’t even have to actually host a show, as long as one runs he keeps the dates. Phil leases dates to Mark, Billy and several other new kids on the block in the management world. Heck, the dates Billy leases from Phil he sub leases to Mark.

Wait a second—does that mean we now have another 80k tacked on our show bills some how? It sure does. Phil lives a very cushy life, and hasn’t even hosted a horse show in over a decade. He thanks horse showers—working amateurs and parents that struggle to pay for these shows—for his lavish retirement, since they’re the ones paying for it. Phil’s show dates get leased and sub leased by the new kids and he doesn’t have to lift a finger.

And where is USEF? They don’t seem to care. Leaving me to ask, why is a calendar even for sale to begin with?

But what if Mark, or any of the other show managers, threaten to stop paying or ask for a reduced date fee. After all, they know they put on shows that people want. Well, Billy & Phil will make it ugly for Mark or anyone like Mark. Phil and Billy can’t handle the competition, literally in all interpretations of the word.

Horse show managers are like high school bullies with real-world power. They use black mail, spies, and lies to try to put their competitors out of business. We are talking about allegations of show managers filing false complaints with USEF, going out of their way to file reports to city officials on each other, bribing staff, and so much more. What a shame that BIlly can’t just accept he’s got to step up his business and work to bring the people to his show. Instead of rising to the challenge of a changing market, he chooses to act like a child and fight dirty. Shame on you Billy. Shame.

So, what can we do about it? Call USEF and tell them it is time to change how “owning dates” works. Share this article on your social networks and tell your friends about it.

No one should get to own dates. They should have to apply for dates, put on a great product that people want to attend at reasonable rates. If people loved what you did, you get to do it again. If someone puts out a product that doesn’t get a lot of attendance, give it to someone else that does!

There has to be change in what happens in the underground of horse show managers before more and more good people just simply can’t afford it anymore. If we don’t speak now, this will only get worse. And if you think it isn’t happening, start doing some digging like we did. I’m sure that the Billy’s and Fred’s of the world will try to convince you this isn’t true. Heck, maybe USEF will help them?