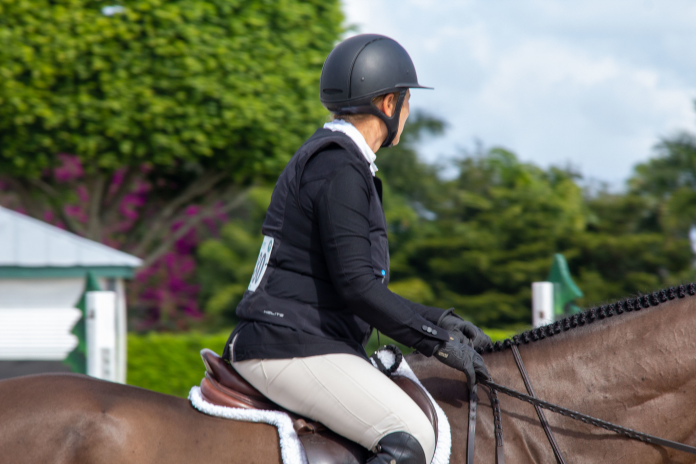 The USHJA’s Virtual Town Hall series continued Monday, as USHJA President Mary Knowlton signed on for an hour of engagement with membership to discuss a variety of topics.

The theme of this latest Town Hall was undoubtedly feedback: Knowlton was all ears and addressed every topic presented to her via a live chat room that was active throughout the hour-long discussion.

Knowlton began the session by discussing a few events that are returning to the calendar following a year hiatus: The Emerging Athletes Program, Annual Meeting and USHJA National Championships are all slated to take place later this year as in-person events. The USHJA National Championships, which take place at the South Pointe Hotel in Las Vegas, NV, will once again expand with the addition of a third arena within the venue’s Priefert Pavilion. Pat Boyle will again manage the event, scheduled for Nov. 15-21, 2021.

The Emerging Athletes Program will feature 10 sessions, with the final set for the fall in Ohio. The Annual Meeting, however, remains in an earlier stage of planning, as Knowlton and USHJA contemplate between a fully in-person event or a hybrid of in-person and virtual components. Knowlton sought feedback from her constituents with regards to both format and content.

On the topic of governance, zone elections are on the horizon. To vote, USHJA members may log into their accounts to view ballets. Nominations are also open for three USHJA board seats: two athletes (one hunter and one jumper) and one affiliate seat. Nominations are open through Aug. 16, 2021. Members may also nominate deserving candidates to a slew of USHJA Awards, from lifetime achievement to amateur sportsmanship.

Penelope Ayers, vice chair of the USEF Amateur Task Force and a member of the Safety Committee, joined the call to discuss an active survey relating to safety vest use in the industry. Last August, US Equestrian kicked off the USEF Helmet Research Safety Fund and partnered with Virginia Tech’s Helmet Lab to support independent research of U.S. helmet safety standards and work toward the creation of an equestrian-specific rating system, “providing riders insight into how helmet models compare when looking at safety and protection.” The safety vest survey is the first step toward determining whether a similar fund for safety vest research could be created, which this writer believes would be tremendous for our sport. The survey is available at bit.ly/SafetyVestSurvey.

Other topics were discussed, from a potential mentoring program for starters, horse show secretaries, etc.; instructor credentialing; zone educational opportunities; and establishing a document for exhibitors that explained and broke down what their horse show fees went toward.

For those wishing to have a greater voice in their sport, participating in a town hall is a great place to start. The next Town Hall is scheduled for June 21, 2021 at 7pm ET.

The Ride of Her Life