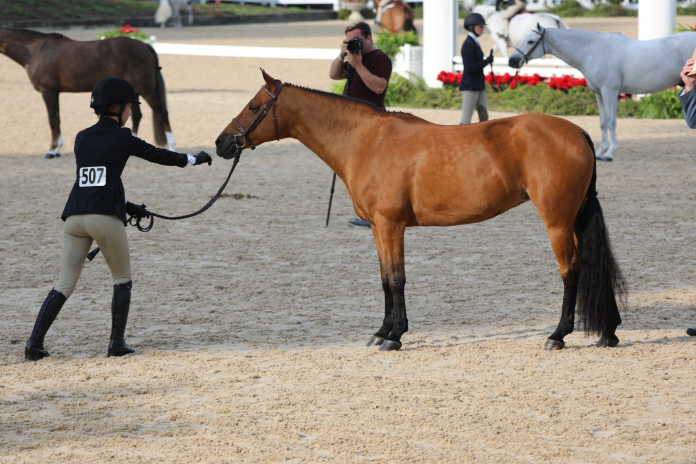 Carleton Brooks has been named Official Clinician for the Pony Modeling Clinic at the 2021 USEF Pony Finals in Lexington, KY, part of an annual series spearheaded by US Equestrian.

The Hall of Fame horseman, a respected rider, trainer, clinician and judge, Brooks has also earned numerous accolades as a handler. A three-time leading handler at the Sallie B. Wheeler Hunter Breeding National Championships, Brooks was also the handler of the West Coast Best Young Horse at both the 2018 and 2019 editions of the event, which he has also judged. Brooks has also hosted handling and pony modeling clinics across the country, including at Blenheim EquiSports in 2018 and 2019. The 2021 edition of that event will take place Wednesday, June 23 at the Blenheim June Classic in San Juan Capistrano, CA.

“I am honored to have been chosen as Official Clinician for the Pony Modeling Clinic at the 2021 USEF Pony Finals,” said Brooks, who will also judge the 2021 USHJA International Hunter Derby Championships during his stint in Lexington. “Knowing how to model is an important skill in the pony division, and there’s nothing I love more than educating the next generation of horsemen and horsewomen. I’m looking forward to getting to work!”

After a year hiatus, the USEF Pony Finals will return to the Kentucky Horse Park August 9-15, with the Pony Modeling Clinic taking place for exhibitors on Tuesday, August 10 at 9:00 am.

“The model is the foundation of performance, because it’s about how a horse or pony is made. Knowing how to stand your pony will help you present them better,” Brooks said. “I hope the young riders will take some lessons from the clinic and successfully apply them to their models at Pony Finals.”

Carleton Brooks, best known as “CB”, is one of the most respected and recognized horsemen in the country. A member of the Show Hunter Hall of Fame, Brooks’ successful career spans four decades of coaching, judging, training, riding and competing. A hands-on professional with an exemplary reputation, Brooks operates Balmoral alongside his wife Traci in West Los Angeles and Agoura Hills, CA.

The Balmoral Book is coming Holiday 2021! Pre-orders will be available starting July 1.

The Four Types of Pony Moms at Pony Finals