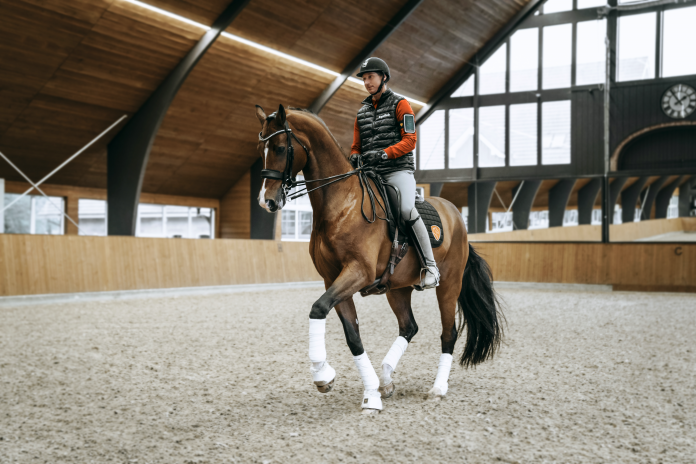 Equilab is used in training all around the world. Everywhere from the grasslands of South Africa to some of the best riding arenas in the world. The first riding lesson to the top tournaments. Over 1 million riders have now become members in the Equilab community, making it the world’s largest app for riders.

“Aim at the stars and you will land on the moon”, an advice given to Equilab at the very beginning. An advice that the founders decided to take very literally. Already after a few months the Equilab riders had reached the moon, and today they have together ridden all the way to the sun.

Equilab makes it possible for riders to automatically get insights about their rides, communicate with their team, collaborate in the stables as well as plan their training. Recently, the company has also made it possible for riders to get direct feedback during the actual ride. This is all made possible with the help of an AI that analyses and detects the movement of the horse and rider in real-time.

“Not many people believed in the idea of developing an AI purely for the equestrian sport. But, with over 1 million riders in 150 countries we have shown that riders also are tech-lovers, as long as the focus lies on the real challenges within the sport.” – CEO & Co-founder Adam Torkelsson

To elevate your riding, a close connection with the team around you is a must. Equilab therefore enables riders to share, give feedback and encourage each other to develop together with their horses. Patrik Kittel, Swedish dressage star who will compete in the Japan Olympics this summer, is just one of many Equilab-riders:

“That Equilab has grown so fast in equestrian sports, I think is completely magical, it proves the desire there is among riders for knowledge, to learn more and understand what actually happens during training. To reach one million users shows the enormous gap Equilab has filled within the equestrian sport.” – Patrik Kittel

Equilab has, with its million riders, more members than the *British Equestrian Federation and the **German Equestrian Association baked together. With so many dedicated users all around the world there is no doubt that the Equilab riders are an equestrian force to reckon with in the future.