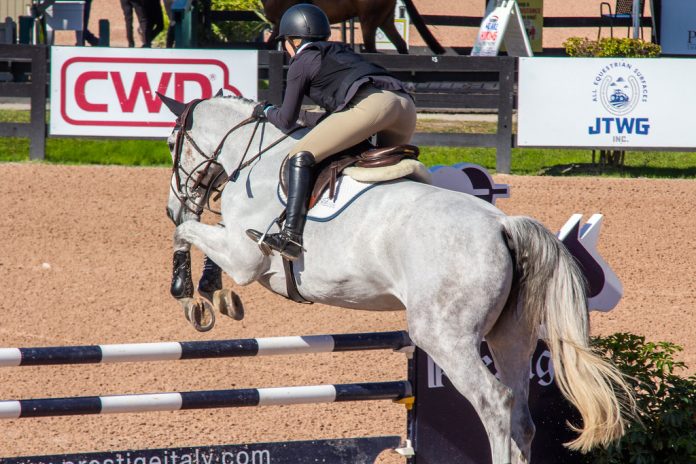 In response to the series of Competitions & Conversations webinars held earlier in 2021, USEF formed the Competition Task Force. The Competition Task Force is made up of 10 experts spanning a range of breed and discipline experience with the goal to analyze the current environment at USEF competitions, review feedback from members and affiliates, review data produced by the IT Business Analysis team, and propose solutions to the concerns raised. The task force seeks to “increase opportunities, improve access, and enhance experience across all levels of competition,” according to the presentation slideshow.

“To have a certain level of horse shows, there’s obviously standards,” said O’Mara. “Our goal at the end of the day is that our organizers create a good experience. Everyone wants the same goal at the end, so we made a more formal process for that.”

Since its first meeting in February 2021, the Competition Task Force has enacted a number of changes in the Rule Book. In his 60-minute presentation, O’Mara outlined the task force’s next series of proposed rule changes, which the USEF Board of Directors will consider at the Mid-Year Board Meeting on June 28.

The first rule change proposed in the webinar was to General Rule (GR) 302.6. The Rule Change Proposal (RCP) prevents the “leasing” of licenses by allowing USEF to reject a new or renewal license application if the Licensee has a relationship with a third-party to host the competition for a fee or remuneration to the Licensee, or otherwise transfers benefit and obligations under the License Agreement to another party for remuneration. The Licensee may, however, employ and compensate another person or entity to manage their competition, and USEF may require disclosure of these arrangements.

According to the presentation slideshow, these modifications are aimed at addressing “consistency, transparency, accountability, and efficiency.”

Proposed Rule Changes to GR 834 aim to establish better baseline requirements for lighting and footing. PRC to GR 834.2 states that sufficient lighting must be provided in schooling areas used after dark, and that lighting at sunrise and sunset must provide visibility in both the competition ring and schooling areas. PRC to GR 834.5 requires that the footing in all competition rings, schooling rings, and exercise and lunge areas to be “safe, consistent, and appropriate for the intended use and type of competition.”

“There’s a lot of opinions on footing,” said Moroney. “Use judgement and a reasonable mind. Is it unsafe, or does my horse not perform as well on this footing?”

“There are a lot of people who don’t get the opportunity to leave the show grounds all day long, like grooms,” said Moroney.

The task force also proposed a rule change to GR 1202.1 that requires a competition manager or a qualified appointed assistant manager to be on grounds at all times while classes are underway. A Proposed Rule Change to GR 829 removes the $250 fee listed in the rule book to allow USEF to charge a fee appropriate to the circumstances, especially when a competition repeatedly violates this rule.

“Licensed officials and members report most of what we learn about alleged violations,” said Moroney.

A Proposed Rule Change to GR 903 removes the prize list preliminary correction service from the Rule Book “as the process cannot be administered in a reasonable manner,” but prize list submission will still be required for licensing, and USEF will continue to assist organizers with questions. “In response to many, many complaints,” according to O’Mara, a PRC to GR 1210.12 limits the collection of mandatory participation fees on entry forms to only the USEF and its Recognized Affiliates.

The Competition Task Force is currently discussing a myriad of issues on which they will present during a future webinar. These topics include Mileage/Mileage Tables, Stabling Standards, and Footing Evaluation. Two issues that come up often, according to O’Mara and Maroney, are Restrooms/Other Facility Standards and Horse Welfare & Over-Competing.

“To have a certain level of horse shows, there’s obviously standards,” said President O’Mara. “We’re trying to find solutions. We have a lot of people spending a lot of time looking at these things.”

Truscott Takes a Trio of Triumphs at Wasatch Horse Shows