Wednesday, May 30, 2021 — Adorned in their USA Team polos the 11 US pairs made their way down center line at Great Meadow on Wednesday for their fix-a-test ride. Due to the unpredictable Virginia weather, the USEF elected to use Wednesday’s fix-a-test rides with judges Mark Weissbecker and Debbie Adams as the only dressage prep during the mandatory outing. Originally, the riders were scheduled to ride the test on Thursday for marks.

During his USEF post ride interview, Phillip Dutton commented, “It was very helpful to go through the test with the two judges. I was pleased, but there were areas I can improve on before Tokyo.” Referring to the comments on his horse Z, “Overall they liked the horse’s paces and the way I presented him.”

“The finessing of the canter work, it’s a little bit harder and different than what we’ve ever done before, certainly with the half-pass and the change. So the way you execute and position the horse before that, they talked us through what they’re looking for there, so that was helpful.” 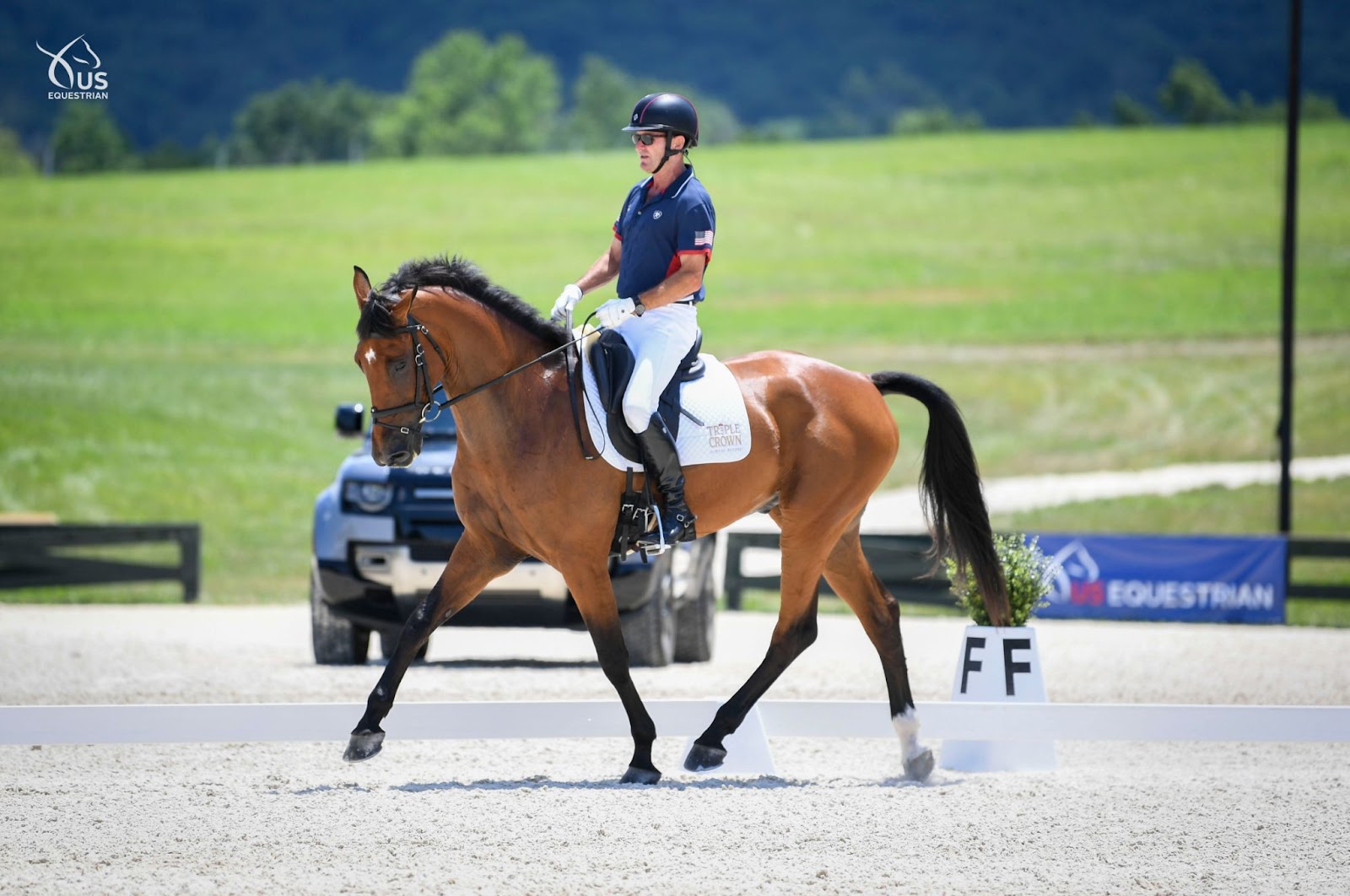 When asked what the goal of this outing is for Vandiver (also known as Quinn), Doug Payne replied with, “You absolutely want to be competitive and put together the best round and most polished round you can, preparing the best we can for going over to Tokyo.” (Meanwhile, Quinn is looking for attention and knocks something over in the background.) 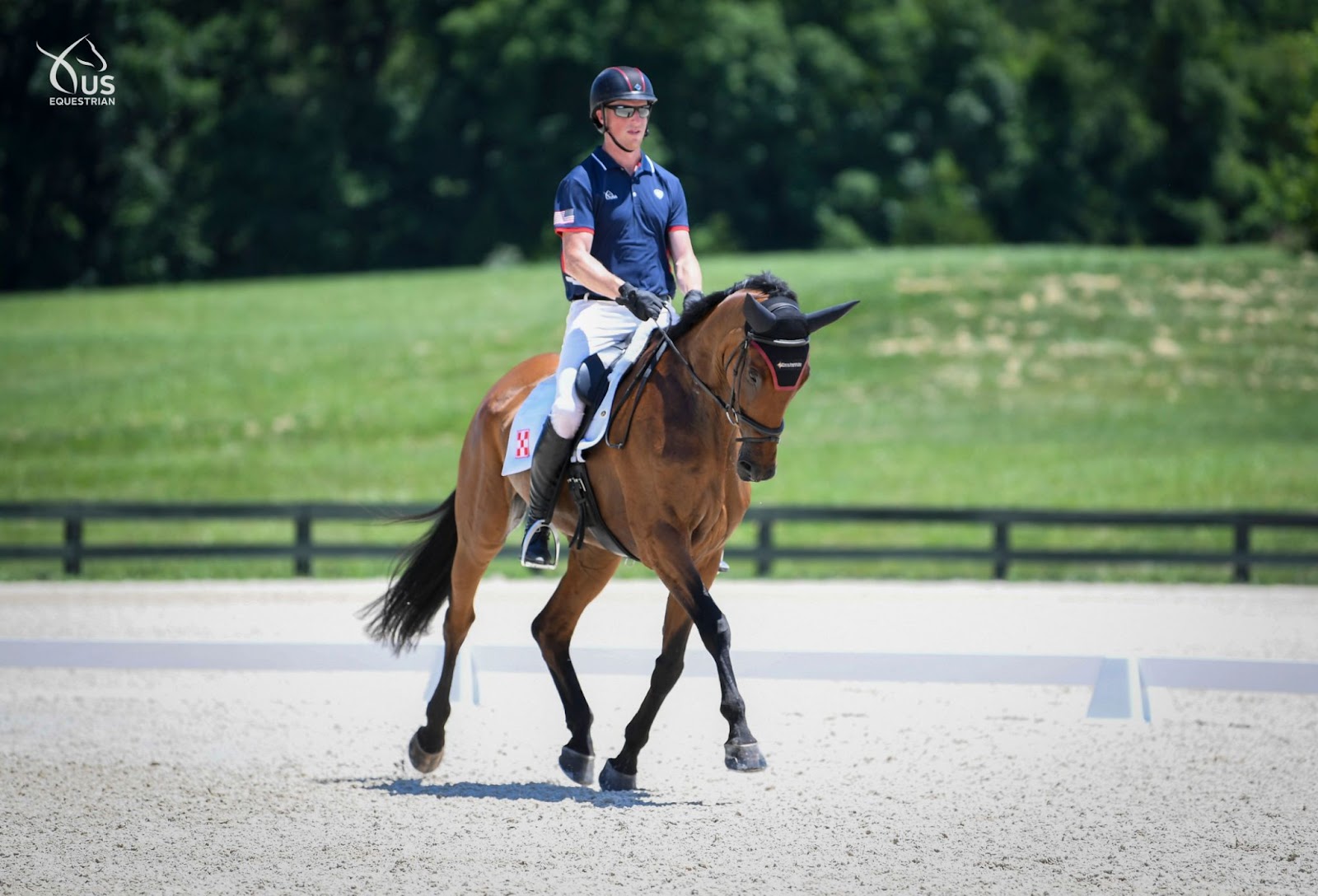 Knowing this is the first time this test has been ridden at the Olympics, this fix-a-test session was very informative for the riders. “What today was about was practice and being able to review and learn. I want to make sure what they’re seeing is correct, we’ve never really ridden this test. What are the judges looking for, what do they want to see,” remarked Liz Halliday Sharp after her test with Deniro Z. “He’s in good form, I didn’t ride him like I was pushing him for the test of my life, it was more about getting him in the groove. I feel like I’ve learned a lot today. It was extremely useful to ride the test and to repeat a movement was great.” 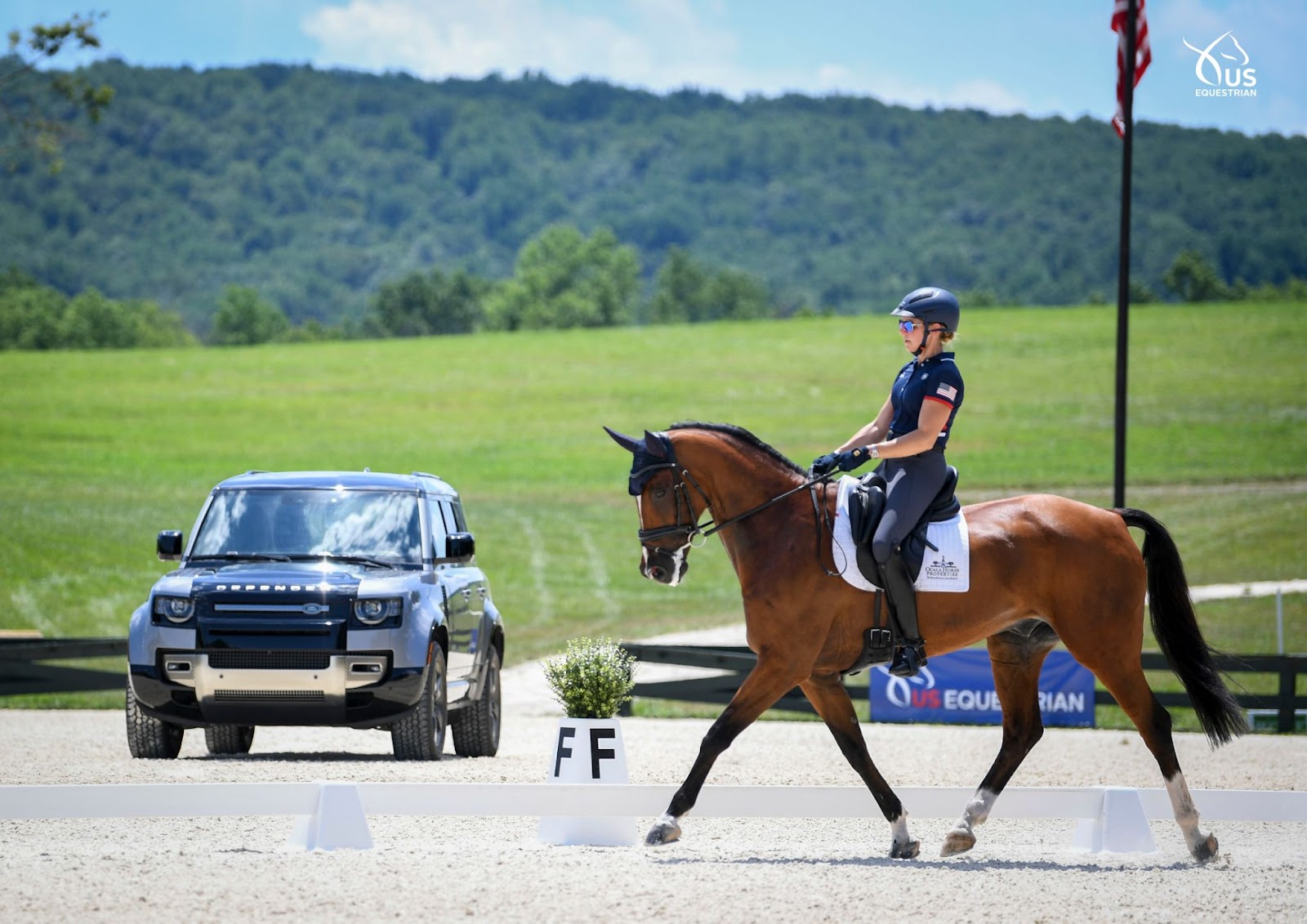 Liz speaks very highly of her gelding, saying “I want to instill a lot of confidence in him, so he’s feeling really good about himself. He is a horse that tries really hard for me. He has a big heart and he always gives you everything.”

After riding during the hottest part of a 105 degree day, the horses were able to rest before the trot up at 5:30pm. The eleven US pairs plus one Canadian pair jogged in front of the two dressage judges, Dr. Susan Johns of Virginia Equine Imaging, Jo-Ann Wilson the team physiotherapist, and Russell Deering the team farrier. All pairs were accepted and will run cross country on Thursday.

The horses were immaculately turned out, which prompted a white background photo shoot for all of the elegantly braided athletes.

About an hour later, as thunder rumbled in the distance, the US Eventing team could be seen walking the cross country test course at Great Meadow on Wednesday evening.