Home Blogs Bay Broadcast Some Show Jumping, Some Reflection for Team USA on Final Day of...

Words and Photos by Samantha Haynie

After two days of typical Virginia summer heat, the horses and riders were given the ideal show jumping weather at Great Meadow for Team USA’s final Mandatory Outing. With overcast conditions and temperatures in the 70s, it made for a nice breather before the group begins their journey to Tokyo next week.

Following the completion of show jumping, the Olympic team and team coach Eric Duvander held a press conference led by Jenni Autry, the USEF Managing Director of Eventing. Autry asked the riders for their perspective on how the outing went and how much value it added to their Olympic preparations.

Traveling reserve Doug Payne started by thanking everyone who put together the team outing at Great Meadow for just twelve horses. He and Vandiver executed a clear show jumping round to conclude their weekend.

“The course was excellent cross country; it presented a lot of really good questions for these horses and got them sharp,” he said. “Then [it was] a very good show jump course to finish off.”

Boyd Martin rode two horses this week, both of whom were originally named as his reserve mounts. Luke 140 was Martin’s original Olympic mount, but an injury sidelined him. On Cue, a 15 year old Selle Francais mare, was the first of Martin’s mounts to jump and had two rails down. Tsetserleg TSF, however, shined. “Thomas,” a 14-year-old Trakehner, has assumed the role of Martin’s Olympic partner.

“I’m thrilled with my two horses here,” he said. “Obviously it was heartbreaking to have “Luke” bow out; it was very sad. [But] I’m very fortunate to have two top-class backup horses. I feel like Tsetserleg is in the best form of his life. We tumbled at Kentucky this year, but I think it’s made him better. He was brilliant out on cross country, and then today he came out and jumped like a buck. 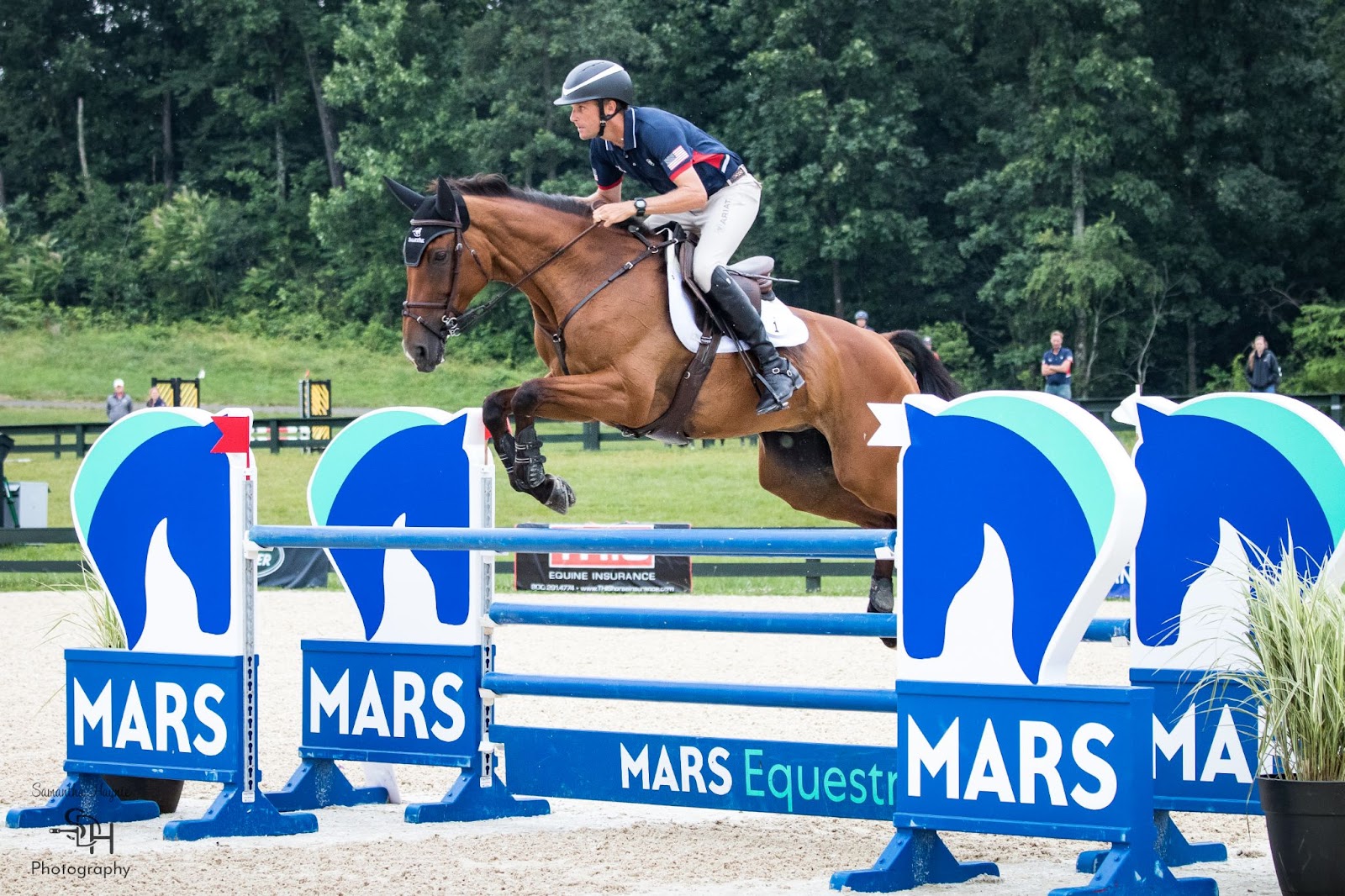 Boyd Martin and On Cue over the Mars Equestrian sponsor jump 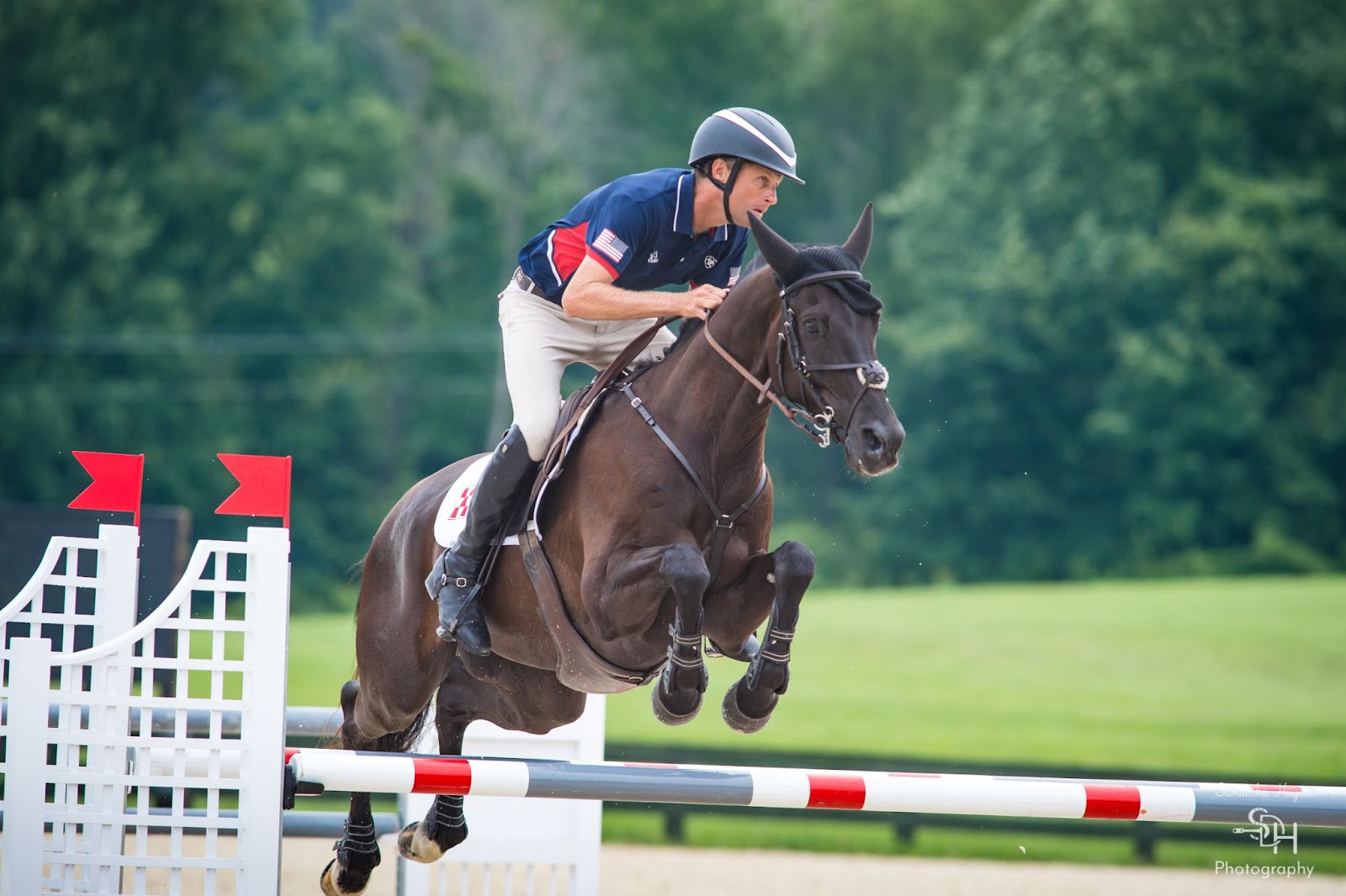 Boyd Martin and Tsetserleg clearing the 3rd oxer of the triple combination.

“I try to get Thomas to jump well at the important [events],” Martin added. “I know it sounds silly, but he’s been a work in progress. This would be his harder phase. Today I decided to see if we could get a good round out of him, and he jumped unreal.”

On July 8, the four team horses and two alternates Mai Baum (Tamie Smith) and Mama’s Magic Way (Will Faudree) will fly to Aachen, Germany, for quarantine and continued tidying up of dressage and show jumping. They will complete the second half of the journey to Tokyo on July 20. Olympic eventing phases will take place on July 30-August 2 in Tokyo, Japan.