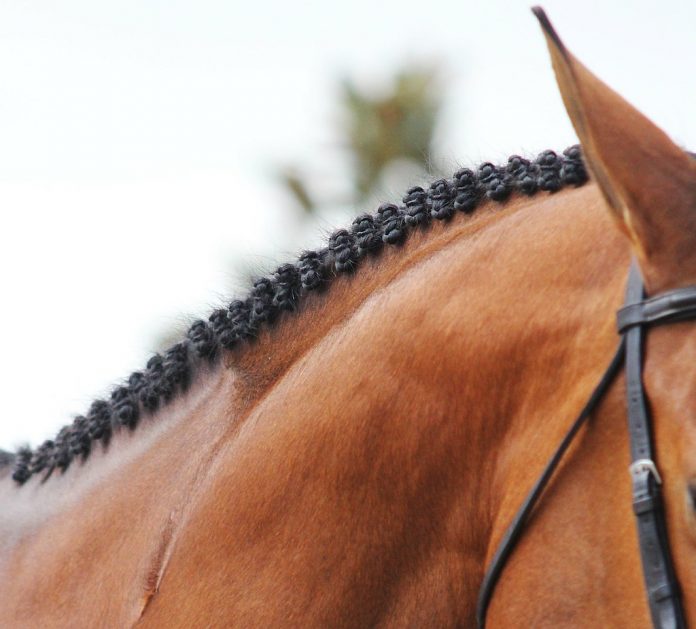 Many consider riding a dying sport. As urban sprawl leads to a decline in the availability of farmland and wages remain stagnant, horse ownership becomes more and more out of reach for the average amateur owner each year. Horse shows are mostly concentrated at a few top venues, where the elite compete against the elite.

It wasn’t always this way. For most of American history, horses were accessible. Horses were first transportation, then working animals, then beloved companions kept inexpensively in spare fields or at your local boarding barn. Many twentieth-century horses fulfilled all three roles in their lifetime. Through the 1990s, the costs of caring for a horse were significantly lower in comparison to what they are today. Lower costs meant more lesson barns, more reasonable horse prices, and more show opportunities.

This is not to say that the often-lamented “extinct” barn rat of the good ‘ole days did not work hard—they most certainly did. There is a much more insidious issue at play than the alleged decline in work ethic that many are eager to point to as the cause of all problems in the equine industry. The barn rats who spent every spare moment on the backs of their ponies exploring the countryside lived in a world that no longer exists.

Now, glitz and glamour of the week-long (sometimes weeks) showing extravaganzas have all but replaced the Saturday haul-in horse show. Board has skyrocketed, equaling or surpassing the mortgage of the average American family, which the U.S. Census Bureau currently estimates is $1,275. The lesson barn where students could learn to ride on wonderful school ponies without being pressured into leasing and showing has become a rarity.

There is no going back. While the equine industry can and should do many things to increase accessibility, the industrial revolution cannot be undone. The costs of feed, hay, and land will not go back to what they once were. However, one outdated message has persevered: if you, amateur rider, would simply work hard enough, you can own a horse and show.

There are multiple stories out there of adult amateurs celebrating themselves by hauling themselves up by their bootstraps. Many of them also acknowledge how expensive the sport has become and how it’s difficult for people with average incomes to participate in it. But there is hypocrisy in that message. Often these stories encourage readers “with normal jobs” not to make excuses (just work harder!) while highlighting the impossibility of their participation in the sport.

It is critical that we as a community recognize the various ways in which privilege can support one’s ability to take lessons, ride, or commit to horse ownership. Secondly, we must stop promulgating the message that hard work will conquer all obstacles. If you worked an afterschool job to pay for your lessons, you were privileged enough to have a nearby lesson barn, transportation, and a family that did not need the wages you earned. If you dedicated your time and labor to become a working student in exchange for lessons and show opportunities, you were privileged enough not to need an income. If you found a project horse at an auction and polished it into a 3’6” derby winner, you were privileged with the knowledge of what to look for and a place to keep the creature.

The word “privilege” consistently triggers a backlash as riders and horse owners rush to the comment section to defend themselves and explain just how hard they worked, how much they sacrificed, how much they care about riding above all else. However, the existence of privilege does not negate the presence of hard work, sacrifice, and passion. All four are required in order to succeed in this sport, and they do not contradict one another. Privilege does not mean that everything was handed to you. It simply means that certain aspects of your life gave you an advantage and did not actively make it more difficult for you to take lessons or own a horse.

And yet, riders and horse owners still cling to this notion that hard work is all that is required. The adherence to that belief comes from a place of fear and insecurity. If you truly believe hard work (no excuses!) will make things happen, you can pat yourself on the back for your own success and explain the failure of others on their subpar work ethic.

But it’s time to change the message. When hard work isn’t enough, we must acknowledge it and stop alienating the would-be riders and horse owners who were priced out of the sport or otherwise separated from their dream of horse ownerships and showing.

Originally from Dothan, Alabama, Shelby has spent most of her life riding and showing in a wide variety of disciplines. She attended Sweet Briar College, renown for its tradition of riding excellence, and recently graduated from the University of Florida Levin College of Law. She now competes in reining and resides in Gainesville, Florida, where she is often found at the barn with her horse, Merle, and her Jack Russell terrier, Otis.