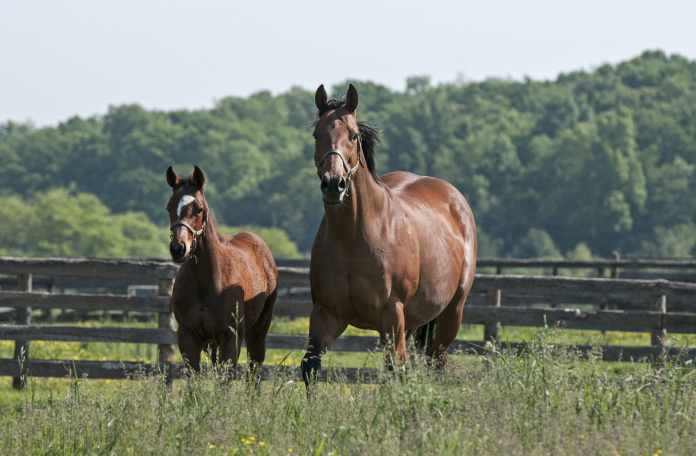 At the Board of Directors’ meeting held Wednesday, July 14 at the Maryland Horse Breeders Association’s office in Reisterstown, the new board elected Richard F. Blue, Jr. as president, Christy Holden as vice president and Michael Horning as secretary/treasurer.

President of Blue & Obrecht Realty LLC, Blue first served on the board in 2001 and 2002, and later from 2011 to 2017, before he was re-elected for another three-year term in 2019. A past president of Maryland Million, Blue serves as co-chair of the Maryland Horse Library & Education Center Capital Campaign Committee and on the board of the Maryland State Fair.

Holden, general manager of Country Life and Merryland Farms, where she has worked since 2004, is serving her second term on the board after first being elected in 2018.

A retired insurance executive and current board member of the Maryland Thoroughbred Horsemen’s Association, Horning was a presidential appointee to the MHBA board in 2018 and elected for a three-year term in 2019.

David Wade, MHBA Vice President from 2018 to 2020, and Kent Allen Murray, Secretary/Treasurer since 2018, were ineligible to stand for reelection because of having served six consecutive years as a member of the MHBA Board.