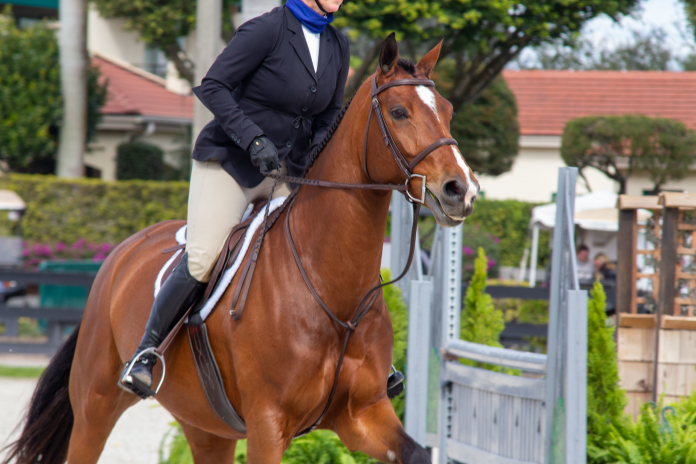 After lengthy meetings, focus groups, and debate, US Equestrian’s appointed Amateur Task Force came forward Monday evening for a webinar with the results of their last five months of work: five proposed rule changes, with more to come.

The diverse task force, made up of representatives from various breeds and disciplines, has been supported by USEF staff Vicki Lowell, Emily Pratt and Terri Dolan.

A less familiar name—at least in the hunter-jumper world—led the discussion: Lisa Blackstone from Arabian sport was upbeat and engaging, with a real pulse on the issues facing amateur riders across breeds and disciplines.

“This task force is coming to make a case for significant change,” she said. “This sport can be quite expensive, and we feel it is time that our organization rethink some of our old ideas and traditions. We need to evolve with the times to stay vital and relevant.”

Blackstone explained that in order to avoid the delay of any impactful change, rule changes are being presented to redefine different segments of the current amateur rule.

The first three proposed changes relate to tasks an amateur would be able to perform for remuneration:

This rule change would allow amateurs to accept remuneration for “barn duties” at home and at competitions. This would include tasks such as:

If approved, this would go into effect for the 2022 competition year.

“[This way], an amateur can help out at shows and defray some show expenses while also providing needed assistance to the trainer,” Blackstone said.

This unquestionably brought about the most feedback from the more-than 1000 amateurs that logged on to the webinar. This rule change would allow amateurs to teach “introductory lessons” for remuneration under the direction of a professional. Such lessons would have to take place off competition grounds and may not be a full-time job; the instruction would be limited to 20 hours or less per week. Amateurs would be required to keep a log of their teaching, which would need to be signed off on by the supervising professional.

Webinar participants had concerns about potential abuse of this rule. How would it be enforced? What does “introductory” actually entail?

“It’s not possible for USEF to monitor [everything that happens off competition grounds], but if protested, there has to be substantiative evidence complying with rule,” Blackstone said. “Our hope is that this change will open the door for new riders to get started.

“[We would leave it up to] each professional barn to determine what an introductory lesson is within their own environment,” she added. “The standard is not necessarily uniform.”

If approved, this rule would also go into effect for the 2022 competition year.

This proposed rule change would allow amateurs to be “social influencers” and “brand ambassadors.”

This segment required the task force to better define influencers and ambassadors in comparison to a sponsored athlete:

While all three terms have some overlap, the difference between influencers/ambassadors and sponsored athletes lies in their reputation as an athlete; the financial support they receive to cover sport-related costs; their ability to promote their sponsors in competitions; and their ability to appear in advertisements promoting their sponsors.

The new rule would allow amateurs to be social influencers and brand ambassadors, which would also require a rule change of the current $300 limit on product value amateurs are allowed to receive annually. Ambassadors may not be sponsored athletes and cannot promote products outside of social media/on competition grounds.

If approved, this rule would go into effect for the 2022 competition year.

This proposed this rule change would raise the dreaded number for “aging out” from 18 to 21.

This would allow riders to remain juniors while in college. This would not change the age limit for equitation finals; that would remain 17.

It would raise the age groups for amateurs, making the age split for divisions like the AA and AO Hunters and AA Jumpers start at 22.

If approved, this rule would go into effect for the 2023 competition year.

This proposed rule change would allow anyone aged 25 and under to regain their amateur status after a three-month waiting period. This would keep young amateurs in the sport that try out professionalism but find it is not for them.

This three-month option would be limited to one-time use per individual.

If approved, this rule would go into effect for the 2022 competition year.

“We predicated approach by asking, “Does this activity give an amateur a competitive advantage over other amateurs not engaged in this activity?” We want to avoid this and keep a level playing field for all,” Blackstone said.

The task force will now get to work evaluating three more topics: the definition of family, licensed officials (like judges) and defining the terms intern, students and apprentices.

Recommendations will be reviewed with affiliate leadership, membership, USEF councils and the USEF board.

This is a far cry from the rule changes that almost went to vote earlier this year. It’s nice to see amateurs getting their voices heard.

Publisher’s Note: You Must Really Love It