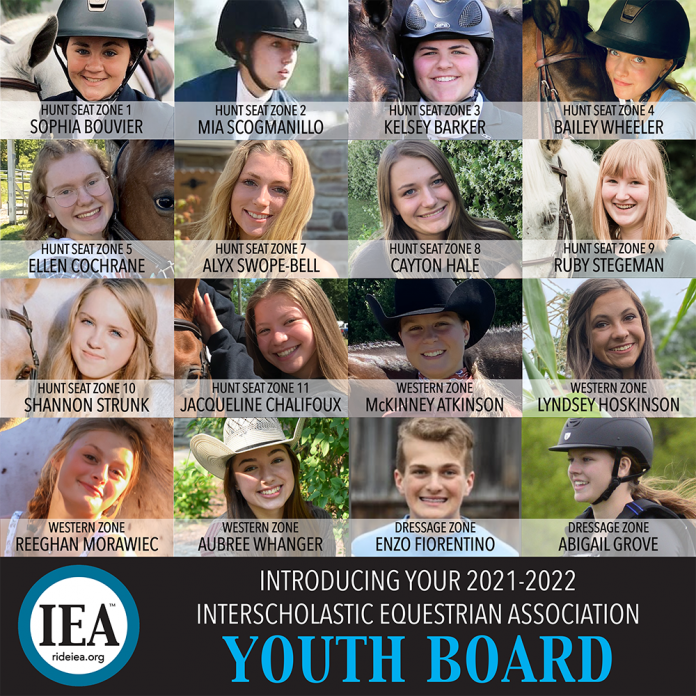 Each of the following representatives submitted their application for candidacy with a resume, photo, and letter of recommendation. After verifying each application, an election was held in each zone and the members of that zone elected their representative. These riders will serve from August 2021-June 2022 in their appointed positions.

“The IEA Youth Board is invaluable to our organization,” stated IEA Co-Founder and Executive Director Roxane Durant. “This program gives adult IEA members and leadership an avenue to hear the youth voice and to offer an opportunity for mentorship, volunteerism, and leadership growth to IEA youth members. We have found the Youth Board to be fantastic advocates for the IEA and we look forward to having them all together for the first time at the 20th Anniversary combined National Finals.”

The 2021-2022 IEA Youth Board Representatives are as follows: