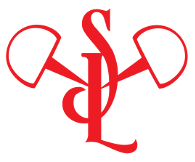 “We’re thankful to Missy Jo for her support of the Young Hunter Pony Championships and this new section for our adult members,” said Kevin Price, USHJA executive director. “The decision to add the Adults on Ponies section has been met with lots of positive feedback, and we are thrilled we can provide adult members a unique and fun opportunity to compete on ponies at a championship level.”

New for 2021, an Adults on Ponies division has been added to the Championship’s schedule. The division is open to Professional or Amateur riders and will consist of one under saddle, two over fences, and one model class. Fences will be the exhibitor’s choice of 2’, 2’3” or 2’6”.

“I am proud to support USHJA and the Kym K Smith/USHJA Young Hunter Pony Championship Adult section. It is my pleasure to give back to an Association that does so much not only for their membership but also the Hunter Ponies I adore,” said Hollingsworth.

For more information about the Kym K Smith/USHJA Young Hunter Pony Championships, including the 2021 prize list and specifications, visit ushja.org/YHPC.

Matthias Hollberg Takes Home the Blue in the $25,000 Brook Ledge...