Home Blogs The Top Horse Racing Events in the World 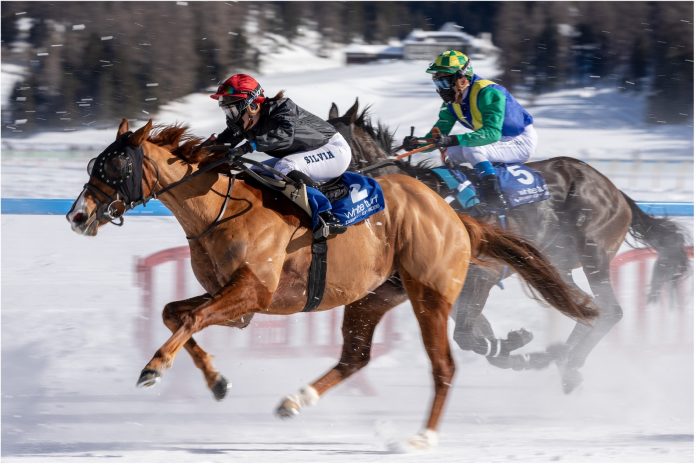 Horse racing kicked off hundreds of years ago as a fun and competitive sport. Today, the activity remains largely the same but it has grown immensely in some aspects. It is one of the leading sporting activities on the planet in terms of popularity. The modern races range from rather small events to luxurious or prestigious events with spectators from all around the world. Betting on horse racing events has also extended the reach of the sport especially online.

The beauty of experiencing any sports in this era is the fact that there are very few limitations. Even though most fans will usually stick to watching races within their localities, they have the option to see so much more. Whether you prefer to travel or follow along on TV or online, there are several amazing horse race events all around the globe. If you are wondering which of these you should look out for, you are in the right place. Here are the top horse racing events from around the world:

The Kentucky Derby offers a pretty prize purse of $3 million. It is certainly not the most valuable horse racing event but it has made its mark in the sport. Nearly all fans will be familiar with at least one of its fabled races. Since the event began way back in 1875, it has garnered a massive fan base that continues to grow every day.

These fans are treated to several amazing races during the event which traditionally happens on the first Saturday of May at the Churchill Downs Racetrack in Louisville, Kentucky. The most popular race on this track is the US Triple Crown of Thoroughbred. This lasts just two minutes and fans fondly refer to it as the “Greatest 2 Minutes in Sports.” No other event even comes close to getting that level of revere.

As its name suggests, this is an event that is so popular that it even attracts the members of the Royal family. This has been the tradition since it started in 1711. Today, it is not only a national institution in Britain but is also a key part of the country’s social calendar. It is a festival that oozes luxury. There is everything from fine dining, high-end fashion, and champagne as well as mind-blowing prizes for the winners. This makes it a highly desirable stage for the best horse racers. Who would want to miss out on winning a whopping $10 million?

For fans and spectators, there is a five-day period where they get to see some of the most exciting horse races. Horses from all around the world come to the United Kingdom. It is thus one of the top international horse racing events.

Dubai’s fast rise as a thriving economy in the Middle East has fascinated lots of people. The same applies to its horse racing event which began in 1996. The Dubai World Cup quickly made the city and, by extension, the United Arab Emirates one of the leading destinations for horse racers and their fans.

One of the things that make this event stand out is its mind-numbing $35 million prize purse. It is known for being the richest horse race on the planet. Dubai hosts several kinds of races but this is one of the most iconic ones. So, every year from January to March, racers stream into the city for the races. Race events run all through this duration. The finals come at the end of March. That translates to three months of action for horse race enthusiasts and bettors. For travelers who love horse races, it is an incredible opportunity to enjoy the spoils of Dubai while watching the sport.

This is also a very popular horse race event despite its rather modest $6 million prize purse. Perhaps the best thing about it is that is held in a different North American venue annually. While the main events begin on the first Saturday of November, there are a series of qualifying races that are held around the world. Winners of these events qualify for Breeder’s Cup events.

For sports bettors and fans, this is an amazing two-day period. Up to fourteen races take place during this time. It is a fun and exciting event that attracts massive crowds and even tourists who are looking to experience horse racing in different parts of America.

The Melbourne Cup attracts a ton of international attention. It is a high-profile event that is part of the renowned Melbourne Cup Carnival that traces its roots back to 1861. As such, it is also an important cultural event in Australia. Besides the races, the attendees who wear customary celebratory hats also compete for the titles of best-dressed man and woman.

Many people who have attended describe it as one of the greatest horse races in existence. It goes down on the Tuesday in November at the Flemington Racecourse in Melbourne, Australia. Horses from all corners of the planet come in to compete for the $5.3 million to $8 million prize purse. There is also a stunning golden trophy to be won.

The events listed here are fun to be part of. Still, horse racing enthusiasts are always looking for more options to add to the thrill. If you have visited all the above, here are some other amazing ones you can look out for: