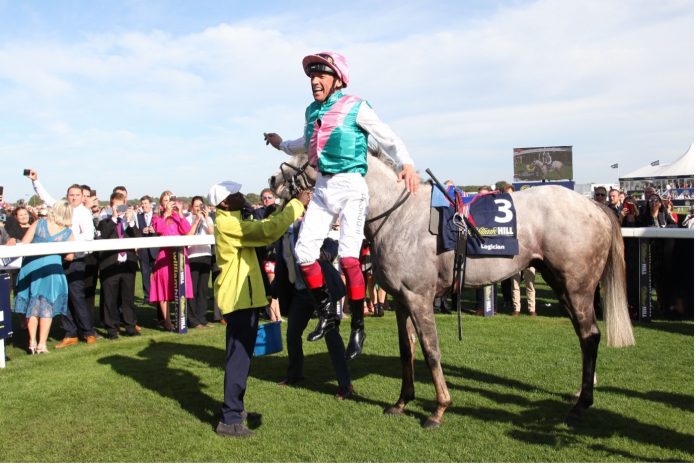 The Flat racing season may be beginning to wind down, as the remaining summer days wear thin and attention begins to turn to British Champions Day in mid-October. However, it’s too soon to be talking about the season’s conclusion at Ascot just yet, as we have still have some top-class action to look forward to — none more so than the St Leger Festival at Doncaster Racecourse in September.

One of the highlights of the Flat campaign, the St Leger Festival is headlined by none other than the St Leger Stakes — the world’s oldest Classic! The race has a rich history and still attracts some of the biggest names in the sport. So, without further ado, let’s take a look at this year’s ante-post favourites.

Having won the Future Stayers Novice Stakes at Newmarket last October, in what was the Charlie Appleby-trained horse’s debut and only race as a two-year-old, Hurricane Lane has had a fantastic maiden Flat season, winning four of his five races this summer. The three-year-old started this season with a win at Newbury, before romping to glory in the Group 2 Dante Stakes at York. He could fare no better than third in the Derby back in June, but he got his neck over the line in front of Lone Eagle to win the Irish Derby at the Curragh, his first Group 1 victory. The top-group victories have kept coming for the three-year-old, with a recent triumph in the Grand Prix de Paris at Longchamp, and if the tips for horse racing are anything to go by, then Hurricane Lane will land a hattrick of successive Group 1 victories in the St Leger.

Hurricane Lane may be the odds-on favourite to win the one mile, six-and-a-half-furlong race in the current St Leger betting market. However, he will have his work cut out, as his stablemate and Derby winner Adayar, who was over seven lengths clear of Hurricane Lane when passing the line at Epsom Downs back in June, is the second favourite. Adam Kirby was in the saddle when the three-year-old won the Derby from 16/1, and despite William Buick taking the reins for the horse’s recent victory in the King George VI and Queen Elizabeth Stakes at Ascot, Kirby will likely be back in the saddle at Doncaster, as Buick takes the ride aboard Hurricane Lane.

French-bred Alenquer has had a decent season for trainer William Haggas. After finishing first and second at Newbury and Haydock in his only races as a two-year-old last year, the now three-year-old won his first group race at Sandown back in April, scooping a victory in the Group 3 Classic Trail from 25/1 — beating the aforementioned Adayar by a narrow half-a-length. He backed that up with a Group 2 victory at Royal Ascot, in the King Edward VII Stakes. However, the Haggas-trained horse came up short when tasked with his first Group 1 outing at Longchamp, coming home in third in the Grand Prix de Paris, some seven-and-a-quarter lengths being Hurricane Lane. These three horses have formed a great rivalry this season, so it will be good to see them go head-to-heat at Doncaster for the St Leger.

Lone Eagle, Ottoman Emperor, who is one a run of four successive victories, and Aidan O’Brien’s duo of Sir Lucan and Wordsworth are next in line in the current market.