Home Blogs Don’t miss out! Catch up on all the latest Horse racing news 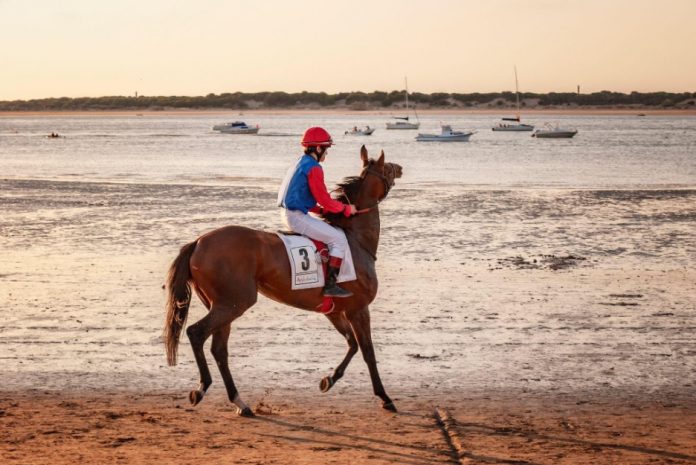 It’s hard to remember now, but there once was a time before the internet had taken over our lives. and the 24-hour news cycle didn’t yet exist. For anyone under the age of 35, this might be almost impossible to comprehend, but it’s true. Back then, people would either read the morning newspaper or watch the evening news report on television to find out what had happened in the world that day. What did people do with the rest of their days? It’s hard to be sure, but thankfully, given the instant news era we now live in, we’ll never have to find out.

The constant drip-feeding of updates and news is most keenly felt in the world of sport. Nowadays, you can receive notifications on your phone as soon as something happens to your favourite team or player. Often these messages are something useful, informing you of a score update or if a new transfer is incoming, However, to keep fans forever up to date, and to fill the void, we now get notifications on perfectly banal events, such as ‘team holds a training session’ or ‘player has a new haircut’. Frankly, it is becoming quite ridiculous, but we’re at the point of no return now, so it is only going to get worse.

Thankfully the world of Horse racing there isn’t as many celebrities or famous Jockeys, so for the most part the news we are informed about is actually quite relevant. Which races are coming up, who has won which races so far, is any Jockey/Horse injured, who is at the top of the world rankings etc. Because it is a widely popular sport for betting fans, receiving news on the latest odds and betting stats is also very useful information to have. Let’s take a look at some of the top Horse racing news, and have a look forward to some of the upcoming big events.

Big winners from the season so far

Arguably the most hotly anticipated race meet of the entire Horse racing calendar is the Kentucky Derby, which happens on the first Saturday of May each year. This year was the 147th edition of the famous race held at the Churchill Downs in Louiseville, and it was Trainer Bob Baffert and his horse Medina Spirit who emerged victoriously. However, the race had been shrouded with controversy, as Medina Spirit failed two drugs test after the race. Baffert protested his innocence, claiming the tests had not been administered properly. At present, the issue is ongoing, but currently, Medina Spirit has not been stripped off the derby win.

The Kentucky Derby is the first part of the Triple Crown. Part two, the Preakness Stakes, was held two weeks later. Medina Spirit placed third overall in the race, with the victory going to Rombauer and his Trainer Micahel W. McCarthy.

The third leg of the Triple Crown is the Belmont Stakes, which was held in Elmont, New York, on June 5th. Rombauer did finish in the top three, but the winner of the final part of the Triple Crown was Essential Quality and his trainer Brad Cox. With nearly nine months to wait until the next edition of the Triple Crown begins, all eyes will be on whether one of these horses or possibly another, can win these all three of these historic events in the same year,

Races to look forward to

There are still several months of the season left, with some of the world’s biggest competitions yet to happen. The Prox de L’Arc de Triomphe is a French race that is run at the Lonchamp Racecourse in Paris. The first edition was held all the way back in 1920, and this year’s edition is due to take place on the first Sunday in October. The current favourite to win is Al Aasy, a four-year-old stallion who has William Haggas as a trainer.

Following the Prox de L’Arc de Triomphe, there is also the Melbourne Cup to look forward to. Taking place on the first Tuesday in November, the winner will be rewarded with an impressive $8 million. Currently, the favourite to claim victory appears to be Spanish Mission, a horse trained by A M Balding.

The rankings for Horse racing fluctuate frequently throughout the year, and with different events, it is hard to know exactly who is the best in the world at any given time. If we focus purely on wins, D.J. O’Keefe has placed first 29 times out of 219 runs. Just below him is J.C. Gainford who has managed 23 wins in 183 runs.

The world of Horse racing truly is an exciting one, with top events happening throughout the racing calendar. Who is going to win the upcoming big events? Even if we could correctly predict the outcomes,, we certainly wouldn’t be sharing that sort of top information!

How Covid-19 Has Impacted Horse Racing and the Betting Market