Home Blogs Who truly is the best? Looking at the rankings for the best... 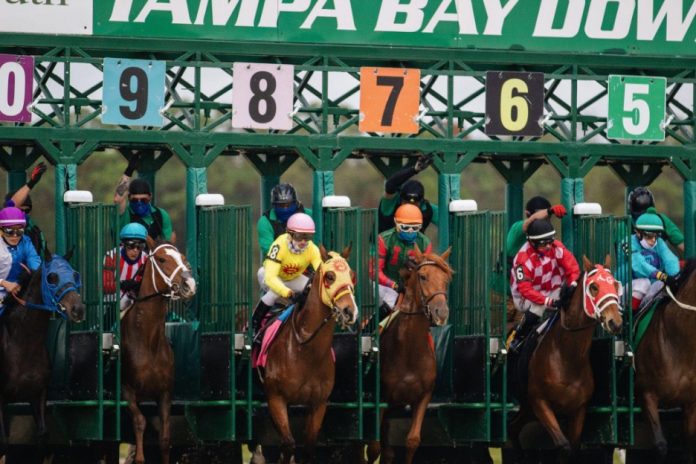 Pretty much since the dawn of human civilization, men and women have tried to catch and tame wild horses. Horses had a lot of uses, given their strength. Moving heavy objects became much easier if you had a horse. In addition, it was also seen as a symbol of status and power; the more horses you owned, you would therefore be wealthier than those around you. While they could be put to work or used to demonstrate wealth, they have also been used for sport, with Horse racing being an established part of human society for longer than most of us would believe.

Historians and archaeologists have found records of Horse racing in most ancient civilisations, from Greece to Rome, Babylon to Egypt. Chariot races formed a very important part of ancient culture, with thousands coming out to the great arenas to watch the races, with the racers (or Jockeys as we now know them) being the modern-day superstar athletes. Horses also play an important part in Norse mythology; there is one famous tale where the god Odin and the giant Hrunginir had a race on their steeds, where Odin and his horse Sleipnir emerge as the victors.

Obviously, the sport has progressed significantly, to what we see today. The sport is still very popular all over the world, with famous races happening in the US (the Kentucky Derby) the UK (Royal Ascot) Dubai (the Dubai World Cup) and Australia (the Melbourne Cup). With this popularity, the money that the Jockeys now get paid has jumped up hugely. Irad Ortiz Jr. is estimated to have earned a staggering $21 million in 2020, which is more than many NFL stars or English soccer players.

Not only that, but the money bet on Horse racing has also skyrocketed over the last few decades. Previously you would have to go down to your local track to bet on races. Now, pretty much anyone can sign up to one of the many online sports betting app, as all the best betting sites now have great mobile apps that are easy to use.

As with any sport, people are always going to want to know who is considered the best in the world. That is no different in Horse racing, where the debate constantly rages on about who can truly be the greatest Jockey riding today. There are many possible answers, but let’s have a look at a few who have a genuine claim to be the absolute best in the business.

The best of all time?

Before examining who is the current best Jockey riding today, it is worth noting some retired Riders, to truly appreciate what they gave to the sport, and just how impressive their success was during their career. On such Jockey is Sir Anthony McCoy, or AP McCoy as most fans will know him as. He recorded over 4,300 career wins, including (but certainly not limited to) the Cheltenham Gold Cup, the Champion Hurdle, King George VI Chase and the 2010 Grand National. His career spanned over 20 years, and he finally retired in 2015.

Going back further in time, arguably the biggest name in the sport, and the greatest Jockey of all time would be Bille Shoemaker. Born way back in 1931, he registered a hardly believable 8.883 career wines. He is the epitome of longevity, as his riding career lasted 41 years. Even after he’d hung up his boots, he still found success as a trainer. Shoemaker truly was one of a kind, and most would agree the greatest there ever was.

Who are the modern-day stars?

To many John Velazquez is the top name still racing today. Born in Puerto Rico in 1971, he has over 6,000 career wins and has earned well over $400,000,00 in prize winnings. He is still seeking the elusive Triple Crown in the US, with just a win at the Preakness Stakes eluding him so far, having won both the Kentucky Derby and the Belmont Stakes twice. While he isn’t getting any younger, Velazquez will be hoping to earn that Triple Crown before he retires.

Another Jockey who is still going despite his age is Frankie Dettori, who this year will turn 51. He won 100 races in one season while still a teenager, with only the great Lester Piggott previously achieving this. He has been Champion Jockey on three occasions and ridden the winners of more than 500 Group races.

Other big names in the sport would be Joel Rosario (who has won both the Dubai World Cup and the Kentucky Derby) and Flavien Prat, who at 29 still has many years ahead of him. The great part about Horse-racing is that the rankings are always changing, which really keeps fans on their toes. There are always plenty of great races around the corner, so we can’t wait to tune in to see who can claim some big wins.

Great Reads to Start off the Year