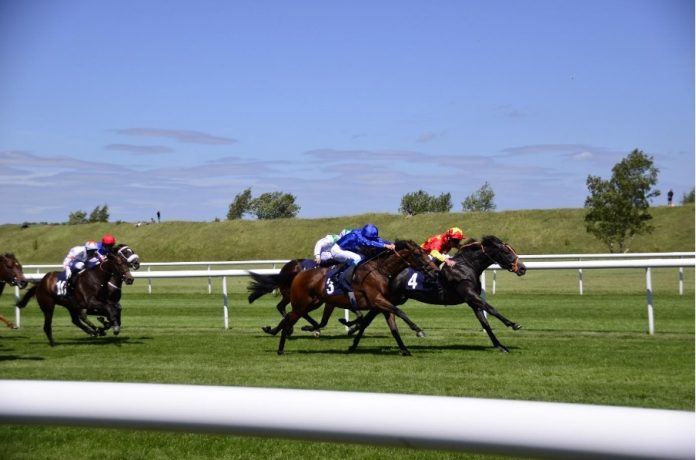 As the flat racing season in the United Kingdom draws to a close, coming to its conclusion on British Champions Day at Ascot next month before making way for the new National Hunt campaign, there are still a couple of big meetings to look forward to — none more so than those that are part of the ‘Gold Season’ at Newmarket Racecourse.

The Gold Season spans across four consecutive weekends throughout September and October, with the Cambridgeshire Meeting later this month one of the main attractions, before the highlight, the Future Champions Festival, wraps things up in early October. The showpiece event, which will take place 8-9 October, boasts nine Group races and presents fans of flat racing with the chance to get familiar with some potential future stars.

So, with the Future Champions Festival on the horizon, read on as we take a look at some of the meeting’s biggest races…

Future Champions Festival Friday kicks off with two Group 3 races, the Newmarket Cornwallis Stakes and the Sharp Stakes, warming the crowd up nicely for the Group 2 Challenge Stakes. Raced over seven furlongs, the Challenge Stakes dates back as far as 1878. The race has changed a lot over the years, as it initially held Group 3 status, before being extended by an extra furlong in 1977. It then became a two-year-old only race in 1985, and was given Group 2 status two years later. Frankie Dettori can match the great Lester Piggot’s record of seven victories in the Challenge Stakes with a win this year.

The Fillies’ Mile is the star attraction on the opening day of the Future Champions Festival. First raced in 1973, the one-mile contest was originally hosted at Ascot, where it made its way up from a Group 3 race to the top-Group outing it is today. Moved to Newmarket in 2011, the Fillies’ Mile then took place on day two of the Cambridgeshire Meeting, before being moved to this festival in 2014, where it was first held on Future Champions Day for one year before moving to the Friday. This year’s favourite in the Smarkets horse betting is the John & Thady Gosden-trained Inspiral, who Dettori will be hoping to ride to a record-extending seventh Fillies’ Mile victory. The day is rounded off with the Group 3 Darley Pride Stakes.

There is plenty of action on Future Champions Day as well, with successive Group 3 races, the Flying Start Zetland Stakes and the Autumn Stakes, setting the tone nicely for the day two feature race, the Dewhurst Stakes. Open to two-year-old Colts and Fillies, the Group 1 race was inaugurated in 1875 and has since become the most prestigious race for juveniles, with many of the winners going on to be Classic champions. Some of the most recent big-name winners include, 11-time major winner Frankel, who was named the world’s number 1 thoroughbred in 2011 and 2012, and the Aidan O’Brien-trained St Mark’s Basilica, who has taken the racing world by storm this year, winning the Poule d’Essai de Poulains and the Prix du Jockey Club in France, before returning to the UK and scooping the Eclipse Stakes at Sandown.

This Offshore Company Formation Is Easy To Start Your Business

Organize a Race Night For Your Favorite Charity In 2023

The USHJA Outreach Program is on the Rise