Home Blogs Who is the leading the Breeders Cup 2021 betting odds right now? 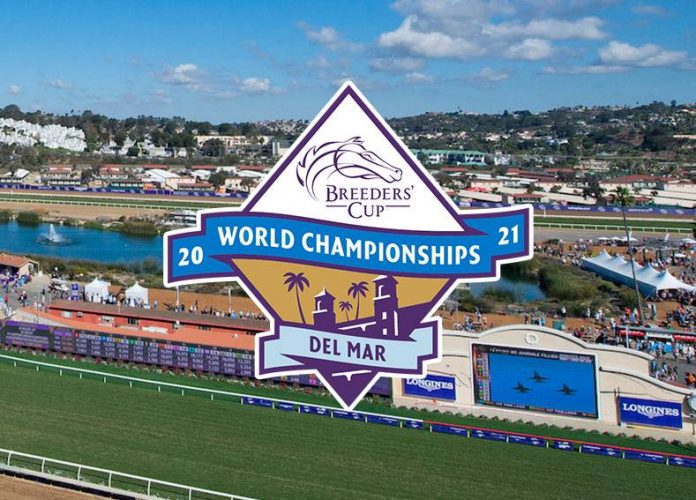 Since 1984, the Breeders’ Cup has been one of the biggest race meetings of the season. Nowadays, it is home to some of the most prestigious races that are run throughout the season, with over $30 million available in prize money over the two days of racing.

However, which horses are the current favourites in the betting to win some of the most prestigious races that will be taking place in Del Mar in November?

The featured race of the meeting is the Breeders’ Cup Classic, which will see the finest horses in the world compete on the dirt.

At present, it is Knicks Go that is the current favourite in the betting, as he is a shorter price than both Essential Quality and Max Player. However, it’s hard to dispute Knicks Go’s chances too much, as the five-year-old has shown some of his best form this season.

His campaign started off with Grade 1 success in the Pegasus World Cup, before a disappointing fourth in the Hill ‘N’ Dale Metropolitan. However, back-to-back wins in the Prairie Meadows Cornhusker and Whitney Stakes certainly makes him a very realistic winner of the Classic in 2021.

A number of the biggest names in European racing dominate the betting for the Breeders’ Cup Turf. However, it is Mishriff that is currently the clear favourite in the betting ahead of last year’s winner Tarnawa. The four-year-old has enjoyed a dominant season to this point, with wins at home and abroad.

His season started with success in the Dubai Sheema Classic, before adding a long-awaited first Group 1 in the United Kingdom with the Juddmonte International Stakes. However, his chances could be impacted depending on whether horses such as St Mark’s Basilica and Adayar are involved, who have both beaten him already this season in Group 1s.

The Breeders’ Cup Distaff has the potential to be the race of the entire meet with the excellent selection of quality female horses that could be competing. Swiss Skydiver, Malathaat, and Monomoy Girl are all available in the current betting markets, but it is Letruska that leads the way. The five-year-old has been in career-best form this season, with five wins from six starts.

Her only defeat came when she was second in the Azeri Stakes back at the beginning of March.

However, since then, she has won four straight graded races, which includes her most recent dominant display in the Personal Ensign Stakes. She is one of the classiest horses in the world, and the Breeders’ Cup will be the huge test for her.

The girls will also take the limelight in the Filly & Mare Sprint, but there is already a very clear standout horse in this field that the rest will need to beat. Gamine is already a superstar in the world of US racing, having won nine from ten career starts.

The only defeat of her career came in the Kentucky Oaks, but she bounced back with an emphatic display to win the Filly & Mare Sprint at Keeneland at the Breeders’ Cup last year.

Her form in 2021 has continued to dazzle, as she has won four straight graded races, which includes Grade 1s in the form of the Derby City Distaff and Ketel One Ballerina.

Despite the class that is likely to be in this field, Gamine is head and shoulders above the rest, and a second straight Filly & Mare Sprint success looks like one of the safe bets of the meeting.

There you have it, the leading horses in the odds for the Breeders Cup. To check the complete list of contenders, click here: twinspires.com/breeders-cup/contenders