Home Blogs What To Expect In The Breeders’ Cup Classic 2021 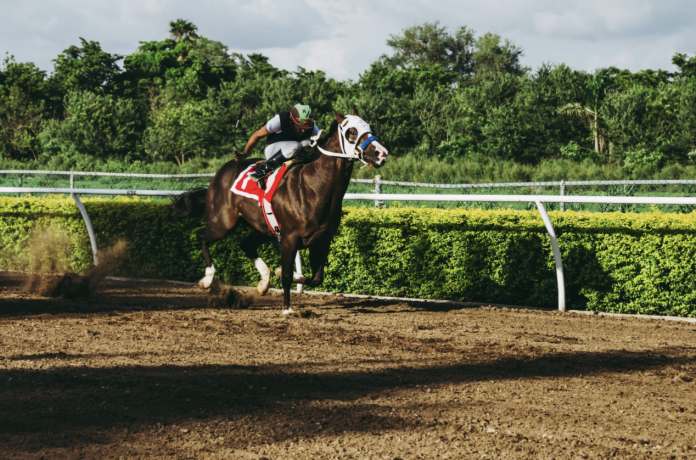 This year, the Breeders’ Cup will return to Del Mar, the world-famous horse racing site in San Diego, where the turf meets the surf. So if you’re looking forward to this year’s event, you might need a review on what to expect so you can have a fun and full experience of this year’s Breeders’ Cup.

The event offers a total of $31 million in prizes and awards, so exceptional racehorses are anticipated to join the list of Breeders’ Cup competitors in 2021. Before looking through the breeders cup betting, here are some of the biggest names to look out for.

Essential Quality ran a spectacular performance as the favorite in the Kentucky Derby presented by Woodford Reserve (G1). However, due to his post position, Essential Quality was forced to run wide and finished fourth.

He has just beaten a length for the win, yet he raced better than others who came in front of him. Five weeks later, he proved his ability when he won the Belmont Stakes by galloping ahead of Hot Rod Charlie.

Last August 7, Knicks Go competed in the Whitney Stakes in a field that featured Maxfield, Silver State, Swiss Skydiver, and By My Standards. Knicks Go surged to an early lead, setting solid fractions of 23.42 seconds during the first quarter and 46.76 seconds at the half.

Meanwhile, Swiss Skydiver tried to keep up with the leaders but ultimately gave up and finished fourth. Knicks Go never had a real threat on his route to a 4+12 length victory against Maxfield. With this feat, Knicks Go earned a qualifying spot in the Breeders’ Cup Classic.

Last June 26, Maxfield went as the 2/5 favorite and effortlessly won the Grade II Stephen Foster Stakes. After coming in the middle of the pack, he cleared the field with a furlong to run, increasing his advantage to 3 1⁄4 lengths in 1:48.53. His win earned him a spot in the Breeders’ Cup Classic.

However, Maxfield figured the front-running Knicks Go too tough in the G1 Whitney Stakes at Saratoga last August 7, giving up an 8-length lead on the backstretch and came in second.

Hot Rod Charlie was a 94-1 long shot in the 2020 TVG Breeders’ Cup Juvenile presented by Thoroughbred Aftercare Alliance (G1). Still, he was a solid runner-up after coming less than a length behind Essential Quality. He has established himself as one of the finest of his generation this year.

Many bets will go to the $6 million Breeders’ Cup Classic. The Classic is an annual 1 1/4-mile race open to participants of any age. Aside from the Classic, there is a variety of races available for you.

This event has a distance of 1 1/2 miles on grass. The Breeders’ Cup Turf features the finest turf horses from across the globe, with the best horses from the United States and Canada.

This race is a 1-mile Grade 1 Weight for Age stakes event held on a grass course for thoroughbred racehorses three years old and above. Ever since the event’s debut in 1984, it has been held yearly as part of the Breeders’ Cup World Championships.

This racing event is a Grade I Weight for Age Thoroughbred horse race held in the United States for horses aged three and above. It’s held on dirt over a distance of 6 furlongs. Since 1984, it has been contested annually as part of the Breeders’ Cup World Championships at a different racecourse in America or Canada.

Between 2008 and 2012, it was known as the Breeders’ Cup Ladies’ Classic, and it is contested annually as part of the Breeders’ Cup World Championships at a different racecourse in the United States or Canada.

In the Breeders’ Cup Filly & Mare Turf, the matriarchs of the turf will run over a distance of 1¼ miles. Chad Brown is a prominent trainer in this event, with several runners in each season.

On November 5 and 6, the Breeders’ Cup in Del will use 100 percent of its seating capacity. Of course, this was made possible by the commitment of the organizers to comply with state and local public health standards.

Tickets may be purchased online at BreedersCup.com/Tickets or by contacting (859) 514-9428. Attendees are encouraged to buy tickets as soon as possible, as there will be high demand owing to customers returning to the World Championships after missing out in 2020 because of the COVID-19 epidemic.

The Breeders’ Cup 2021 is one of the most remarkable horse racing events for fans around the globe. Along with the exciting action in the track, spectacular beaches and world-class attractions will be part of the Breeders’ Cup experience in 2021.

What Gear Do You Need for Horse Riding?