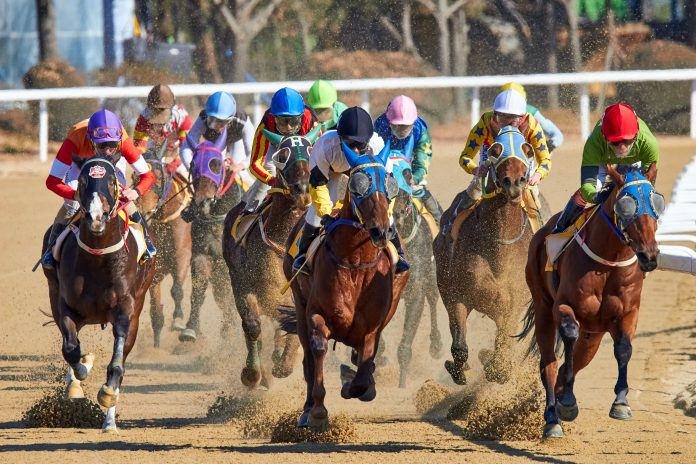 Shakespeare once famously said, “What’s in a name? That which we call a rose by any other
name would smell as sweet.” The iconic line alludes to the notion that names are arbitrary
compared to things like personality and disposition.

However, the horse racing industry would like to disagree… strongly. Judging by the names
that feature on some of the world’s most famous races, a wild name could be thought to
impart strength and speed. In reality, a name is incredibly important—regardless of the
industry, whether business or sports or entertainment.

While a nickname is assigned according to habits or incredible feats, that’s not always the
case with usernames. Today, many pick their own names for online accounts, from Twitch to
Instagram to email sign-ups. For example, poker pros once made their name through
shocking Wild West shenanigans, such as Billy the Kid and Buffalo Bills. Today, not every
pro with a catchy moniker took their nickname from others. Instead, many invented their own
before logging into an online poker room. Some even just choose their real name, as is the
case BrynKenney and shaundeeb.

And, as is with horse racing, no matter how informal or ‘unprofessional’ a name seems, it has
no bearing on talent. That doesn’t stop owners from choosing the wildest names they can
come up with.

Storied Studs
A racehorse’s name, though considered cheeky by outsiders, is often an ode to its breeding
heritage. Breeders and owners pay exorbitant amounts for colts born from certain stud lines,
which they honor by naming each horse in respect to its parents.

And, much like the long-lasting monarchies of Europe, names have been important for
centuries. In fact, organized horse racing dates back to the 1650s and evolved into a passion widely shared by many. As the sport spread, the International Federation of Horse racing
Authorities mandated strict regulations with regard to naming.

In some sectors, a racehorse can’t have a name longer than 18 characters, which may or may
not include spaces and symbols. However, there’s one strict rule: no renaming horses. In fact,
the likelihood of a name being rejected is over 30% based on these requirements.

Still, a name must help a racehorse stand out from the crowd. Owners must juggle between
being memorable and complying with intense restrictions. At least for fans, it makes for an
entertaining show—especially when it came to these hilarious and unforgettable names:

Whykickamoocow
At the top of the list is Whykickamoocow. Even though this horse had a short career span
lasting only two years, it certainly left a lasting impression in horse name history.

Waikikamukau
A case of déjà vu? Horse owners found a loophole around the restriction of names being
repeated twice by changing the spelling of the word. Though the trick isn’t a fail-proof way
for owners to get the name they want, this worked for the horse in question’s owners, who
drew on the New Zealand habit of calling generic small towns ‘Waikikamukau’.

Potoooooooo
This name was born of a strange coincidence. Originally named Potatoes, the stable boy in
charge of writing the horse’s name on the stable door opted for Potoooooooo instead. The
owner found the whimsical title memorable and decided to keep it.

Odor in the Court
In a sport that often contains elements of seriousness and potential for injury, a sense of
humor is always welcome. In this case, Odor in the Court is a call-back to the horse’s sire,
named Judge Smells.

ARRRRR
It must be a fun day at work for horse race commentators when ARRRRR is on the tracks.
Regarded as a fairly mediocre performer, this horse highlights one of the peripheral benefits
of having a memorable name: covering up a sub-par career on the tracks.

One that stands out from the rest is Secretariat. Contrary to being whimsical or funny, this
name evokes grandiosity. True to its name, Secretariat is regarded as a Kentucky national
treasure and is one of the most recognized horses in the world,

Other honorable mentions include Ha Ha Ha, Maythehorsebewithyou, and
DoReMiFaSaLaTiDo.

Reduce Your Risk of Injury and Improve Your Recovery Rate