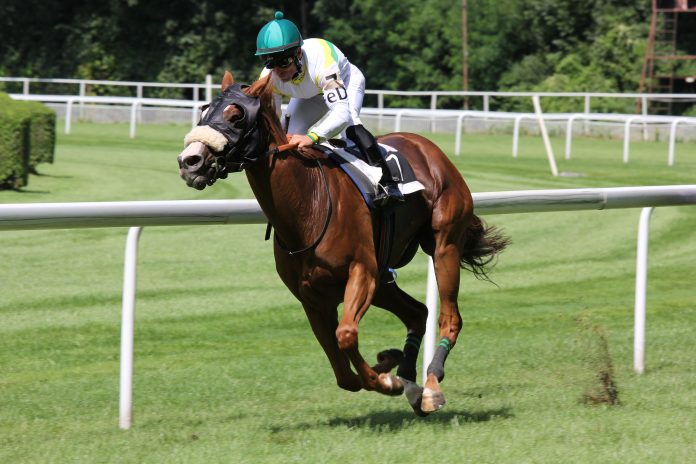 Fans of horse shows and equestrian events have access to lots of entertainment in 2021. Even when there’s no events running, it’s still possible to stream horse show content, listen to equestrian podcasts, play on a gaming computer, or even just read through a variety of books from horse riders and other professionals in the industry.

In addition to this, there are also a good number of games for equestrian enthusiasts. These can range from games exclusively about horses, to titles that heavily feature horse riding as a main part of the gameplay.

Rival Stars Horse Racing offers a blend of both horse raising and racing. Horses can be raised across many different breeds and designs, with the game featuring an in-depth genetic breeding system. After creating the perfect horse, it’s also possible to share it online with the community.

The game is available in both PC and mobile variants, with the former essentially removing any of the grind usually associated with mobile titles, alongside better graphics and performance.

This is one for those that want to have some additional content with their horse racing. While developer Rockstar’s open-world Wild West title might have a heavy emphasis on story and shooting, you’ll spend a lot of time riding different horses in Read Dead Redemption 2. An article by Screen Rant mentions that, while there might be some differences from the actual breeds, the developers still paid attention to what makes each one special.

There’s a lot of depth, as you can acquire new horses that specialize in certain areas. It’s easy to spend your time just exploring America on your horse, or entering it into races to earn some extra cash.

MMO Star Stable Online is the longest running game on this list, receiving constant updates even after 10 years. It’s also one of the less realistic titles, featuring a colorful aesthetic and potentially outlandish horse breeds.

Like many MMOs, you’ll be levelling up and questing, though this will now be done with a horse by your side. They’re the ones that will get progressively better as you take care of them, letting you do better during races and events. Certain horses can be bought via premium currency, though the game does offer a one-time subscription fee that gives this out weekly.

If you’re looking for something a little different, Frankie Dettori Sporting Legends takes the equestrian theme into the online slot category. This is actually one of a few “Frankie Dettori” games featured among Gala Bingo’s games, but as far as we’re concerned it’s the best of the bunch.

The game features the titular Italian horse racing jockey Frankie Dettori, who makes an appearance on the digital reels. Frankie Dettori Sporting Legends also features a unique mechanic that lets you bet on various horses, with your spins determining the winners. Make sure to check the game out ahead of the iconic jockey’s upcoming documentary.

Another one in the same line as Frankie Dettori Sporting Legends, this time based on the prestigious Ascot Racecourse. Ascot Sporting Legends adapts the familiar event into a new medium, with the potential to earn lots of free spins and high payouts.

It’s the perfect way to prepare for Royal Ascot, which will finally be making a return next year. And even if you can’t make it to the races, you can still enjoy it in this form from the comfort of your own home.

What Horse Breed You Are Based On Your Zodiac Sign

It Matters Who You Horse Show With

4 Things to Remember Every Time You Flat Your Horse