Home Blogs An Insight Into Horses In Policing Roles 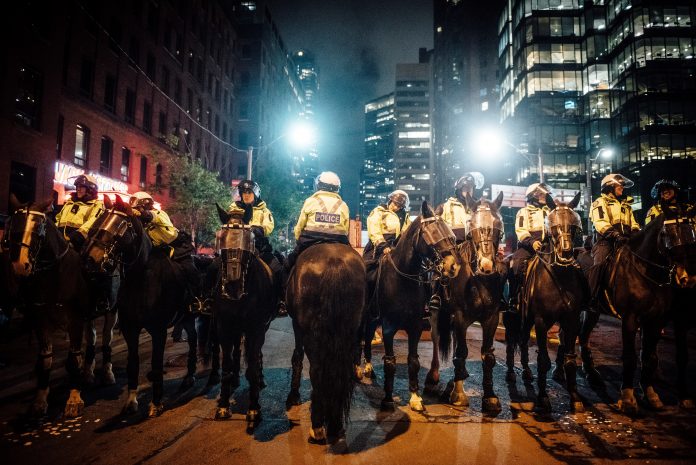 The role of the horse in military combat is steeped in history, and there is perhaps no other animal that has served so consistently alongside humans in theaters of war around the world.

In the years pre-dating the two World Wars, horses formed the backbone of mounted cavalry regiments until modern machine guns and artillery rendered them more vulnerable in front-line duties.

By the First World War, horse fatalities were becoming extreme, with over 8 million horses and donkeys being lost in that conflict.

In the post-war era until today, the faithful horse has found service in policing duties in every continent of the world except for the polar regions. Here is an interesting insight into the world of the police horse.

The relationship between humans and horse spans centuries and indeed pre-dates recorded history. The affectionate bond has seen horses find a place in recreational scenarios such as dressage racing and trotting events and seen them associated with royalty and the aristocracy. The tradition of the ‘sport of kings’ is reflected in racing meets and events worldwide, and the enthusiasm extends to online sports betting and casinos similar to spin palace.

It comes as no surprise then that horses continue to play an active role in police forces across the globe.

Why are horses still popular in police work

Most people will be familiar with the sight of a mounted horse patrol in city areas across the world. In fact, these mounted patrols still remain a favored option in crowd control situations, with the sheer height of the horse providing a passive sense of barricading while at the same time allowing mounted patrolmen an excellent viewing platform to assess the behavior and dynamic of large numbers of people in an urban area.

The horse provides a further degree of mobility and flexibility of movement, which cannot be achieved with a foot patrol. As a general rule of thumb, it is considered that one police officer on horseback is thus capable of doing the equivalent work of ten ordinary police officers.

Other roles in police and rescue

As well are public area patrols and crowd control duties, horses typically find a place in search and rescue activities. For many of the same reasons, horses afford a degree of flexibility and observation which cannot be achieved by a foot patrol or search parties equipped with quadbikes or motorcycles.

The traditional pomp and ceremony associated with horses still remain, even with the police horse. Mounted patrols are always a popular drawcard with spectators at parades, marches, and VIP events.

Perhaps one of the best-known mounted regiments is Canada’s Royal Canadian Mounted Police – the ‘Mounties’ – who have further cemented the love of horses in roles of civic duty in the eyes of people across the globe.

The future role of the horse

Highly trained and selected for their breed and temperament, police horses find themselves well-loved, cared for, and respected by their respective police authorities. This high level of admiration and respect has transcended the centuries, and it is refreshing to still see the relationship between rider and horse existing to this day.

The use of horses in police work shows no signs of reducing and will likely carry forward in decades to come.