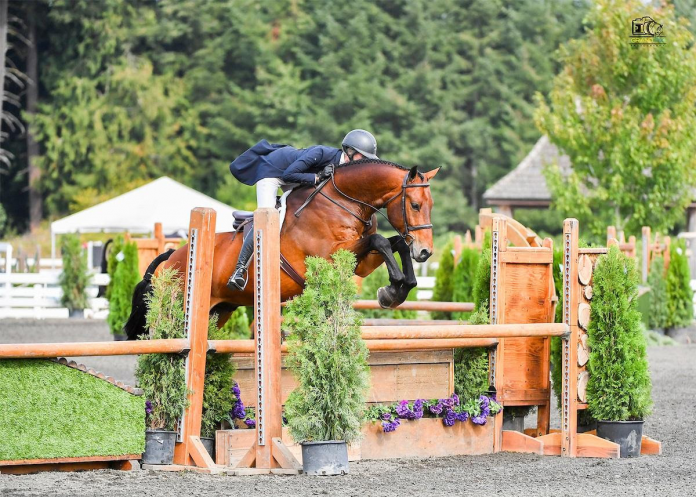 Lexington, Ky.—Nov. 4, 2021—The inaugural USHJA National Hunter Derby Regional Championships wrapped up in September after six championships were held across the country.

The USHJA National Hunter Derby program, which provides horses and riders a place to gain experience in Derby competition at a lower height, has enjoyed continued success and growth, which spurred the creation of the regional championships.

The North Central Championship was held June 9-13 at the Split Rock Hunter Jumper Classic I CSI3* in Lexington, Kentucky. Congratulations to the champions:

The North Championship was August 4-8 at the New York Horse & Pony Show in Saugerties, New York. Congratulations to the champions:

The Northwest Championship was held at the Northwest Spectacular, September 1- 5 in Wilsonville, Oregon. Congratulations to the champions:

The championships wrapped up with the South Central Championship at Southwest Showdown on September 22-26 in Katy, Texas. Congratulations to the champions:

“Competing in the inaugural National Hunter Derby Regional Championships was very exciting,” Looker, who won the Southwest Championship’s Amateur section, said. “I love that USHJA started to offer these six regional championships. They are a great way for horses and riders to step out of the division they normally compete in and show against a wider group of competitors. These classes are also an excellent stepping stone for riders who would like to move up to the International [Hunter] Derby level.”

“I really liked that it was divided between Junior, Amateur and Professional. It made a really big difference in us participating,” Monica Hunt, trainer for Esprit De Victoire, ridden by Cassandra Kahle, Champion in the North Championship’s Open section, said about the Regional Championships. “Being the initial year, I think there will be a lot more involved next year and being split made it that much nicer.”

USHJA National Hunter Derbies are open to any horse or pony registered with USHJA. In order to receive Zone Horse of the Year bonus points, horses, ponies and owners must be actively recorded with USEF and registered with USHJA, and riders must fill out the official USHJA Declaration Form in the horse show office.