Home Blogs Get up to date with some of the latest news and stories... 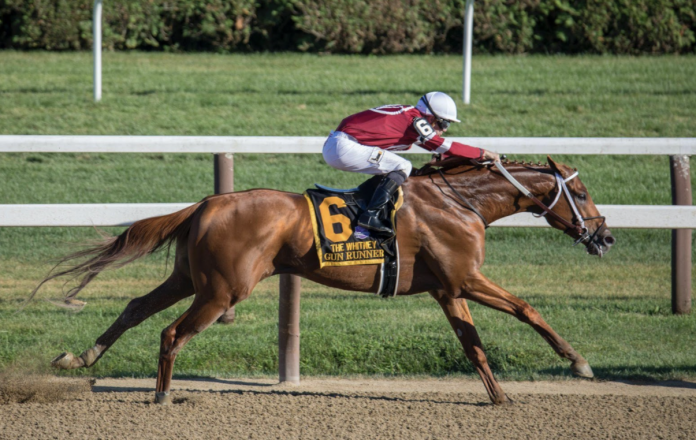 If you are a fan of placing bets on sport, then you surely will enjoy finding odds on horse racing. It is one of the ideal sports for betting fans, as there are so many races happening around the world at any one time, that you’ll always be able to find something to bet on. There is a reason that horse racing betting has endured for centuries. Especially now in the modern era, when you can use your smartphone to place a bet on any upcoming event.

Sports betting companies are now providing odds for horse racing events that are still some months away from happening. The Kentucky Derby, for example, does not take place until May 7th, but already you can find odds on the event, where currently the best bet is Corniche, trained by Bob Baffert, who at present has odds of 15-1. Also a betting forum will help you better plan your strategy to bet in this or in your overall horse racing events.

The Kentucky Derby is just one part of the Triple Crown, which are the 3 biggest thoroughbred races in the United States, with the other 2 being the Preakness Stakes and the Belmont Stakes. If you look back at the odds for these 2 events the morning of the race, you’ll see that it was 2 unfancied horses who took home the victory and the prize month.  At the Preakness Stakes, Ram had odds of 13-1, while Bourbonic had odds as long as 15-1. Belmont Stakes, but still rode home to victory. That is why it is always imperative to do your research before placing a bet on horse racing, to see if you can uncover a less fancied horse, with more advantageous odds.

Over in the United Kingdom, and one of the biggest events of the past few weeks was the Ladbrokes Trophy Chase, which was held at the legendary Newbury Racecourse. With 1st place being awarded over £110,000, it is one of the most hotly contested events in the British racing calendar, with many of the top jockeys looking to prove their worth, and hoping to take home the coveted prize fund.

In the end, it was Cloudy Glen, ridden by Charlie Deutsch and trained by Venetia Williams, that came home in first place. It was a 33-1 outsider for the event, so would have been a big payout for anyone who placed a bet on it to win before the race began.

In a nice touch, Deutsch was clad in green, yellow and white, as a tribute to the late Tervor Hemmings. Hemmings was a businessman who was well known in the horse racing industry, whose horses had won the Grand National 3 times. Cloudy Glen’s victory was a fitting tribute to the man, who will be sorely missed around the paddocks of the British race courses.

Allaho on top again in Punchestown

The John Durkan Memorial Chase is held at the Punchestown Racecourse in Eadestown, County Kildare in Ireland, in December of each year. It first took place in 1968, and has a distance of 2 miles and 5 furlongs. It was renamed in 1998 to commemorate the sad passing of John Durkan, who was an amatuer jockey and assistant racehorse trainer.

The 2020 event was won by Patrick Mullins, riding Min for trainer Willie Mullins, who surprisingly enough happens to be his father. This time Mullins Jr was riding Allaho (who had pre-race odds of 7-2) and was hoping to pick up a 2nd straight victory for himself, and an 8th overall Punchestown for Mullins Snr.

Patrick made his father proud. Despite almost falling at the second to last hurdle, he held on to claim the victory. You image there will have been quite a few drinks had in celebration in the Mullins household after that result.

Dunne bringing the sport into disrepute

While the main focus of any piece on horse racing should focus on the action on the racecourse, occasionally there is a story that emerges away from the track that has to be covered. As we’ve seen recently in the world of cricket, where numerous scandals have engulfed the coverage of the build up to the Ashes starting on the 7th of December, there has been a similar story that has rocked the horse racing world.

Robbie Dunne, a 4 time champion jockey, has recently admitted to a campaign of bullying and harassment towards fellow rider Bryony Frost. The offences included foul language, and threats to cause her physical harm.

Somehow, despite giving evidence to a panel only a few days prior, Frost was able to win the Grade One Tingle Creek Chase at Esher, riding Greaneteen, a 12-1 outsider, to victory. This clearly proves her mental strength, as well as her professionalism in the wake of what must have been a very difficult period.