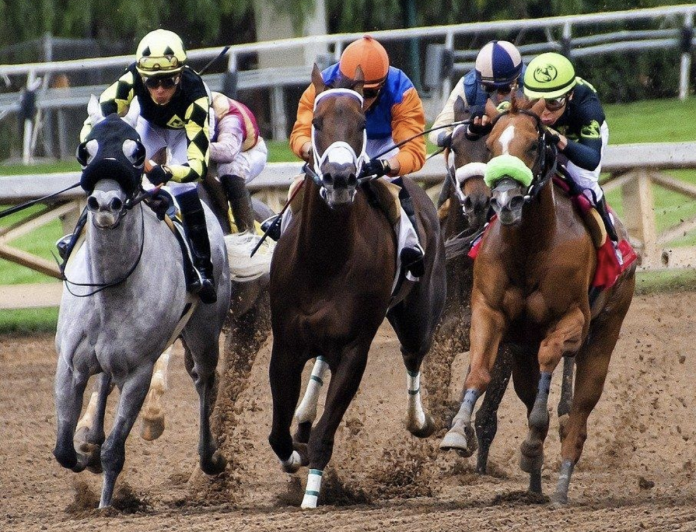 When people choose a name for their animals, they pick one that may have significant meaning to them or one that they simply like. Racehorses are no different. Many people’s first exposure to these names is as part of a sweepstake for different meets, like the Kentucky Derby. In 2021, Like the King, Brooklyn Strong, and Keepmeinmind were all tipped to do well, with Medina Spirit eventually coming out on top. The names are all quirky, no doubt, and yet they often become so well known.

Few racehorse owners will want to use a generic name though in order to make their equestrian partner more personal to them. You can see examples of this across the horse racing roster, with poker providing particular inspiration for some owners. There are obvious comparisons between horse racing and poker – both draw wagers from those involved, both combine elements of skills and timing, and both are insanely popular throughout the US. Those who like to wager on one would almost certainly enjoy the thrill of doing so on the other.

If you are a poker player and wanted to get some idea of horses’ names already in use, there are plenty out there. Here are our four favorite poker-related horse names:

The term bluff is very common in poker, and according to Poker.org, it means placing wagers on a hand that isn’t very good to convince your opponent it is. In horse racing, the opposite might be true; a trainer might want people to underestimate their horse. Perhaps that is what led owners R P Kerr and Ms. A B Timberlake to name their four-year-old gelding Bluff’ N’ Bluster. Is it working? With three wins and eight placings from 23 starts, the secret is probably already out of the bag.

It was country singer Kenny Rogers who sang, “you got to know when to hold ’em, know when to fold ’em” when talking about poker, and the Fold Em became the name of this three-year-old filly, trained by Steven M Asmussen. As yet, the young runner hasn’t had a chance to fold anything, as she’s only two races into her career, with one placing in that short period.

At six years old, Flush or Bust looked to be on course for a decent career, finishing second at a race in Taunton. Sadly, after finishing tenth from a field of 21 in Cork, his career went downhill, and after pulling up at Kilbeggan in 2017, he busted out on his racing career. It’s certainly a shame for owner and jockey Chris Byrne, who had rather hoped for more success from the poker-themed racer.

Whilst some horse names make a subtle nod to the world of poker, there are plenty that makes no bones at all about the owner’s love of the game. Take Poker Party, for instance, the nine-year-old gelding trained by Henry De Bromhead. Ridden by Rachel Blackmore, who also rode the 2021 Grand National winner, Poker Party has enjoyed notable success with five career wins and four placings from 24 runs. The last win came at Listowel in the 2019 Guinness Kerry National, and with over $232,000 prize money in his career, Poker Party is certainly as profitable as a night around the tables in Las Vegas.

We have plenty more name related content on the site, including an article that will determine ‘What Horse Breed You Are Based on Your Zodiac Sign’.