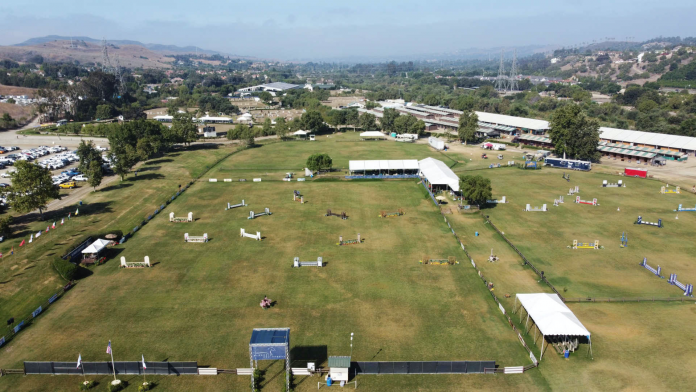 San Juan Capistrano, CA – In a unanimous 5-0 vote on Tuesday, December 7, the San Juan Capistrano City Council directed staff to initiate negotiations with The Ridland Group to finalize details regarding the management of The Riding Park for the next 20-30 years.

“Horses have been a cornerstone of the San Juan Capistrano community for decades, and The Riding Park has played an integral role,” said Hillary Ridland, Chief Executive Officer of The Ridland Group and Blenheim EquiSports. “We’re thrilled to be able to keep that equestrian culture alive and to allow it to further thrive with the introduction of new events for various riding disciplines and our continued commitment to bringing world-class competition here to Southern California.”

Blenheim Facility Management has managed the Riding Park since 1998 and has been instrumental in the development and growth of the equestrian competitions held at the more than 40-acre facility.

In February 2021, the San Juan Capistrano City Council began accepting bids from potential facility managers – both equestrian and non-equestrian alike – who would commit to the completion of approximately $7 million in environmental improvements. The Ridland Group’s proposal included an extensive engineering plan that would address the necessary environmental changes and prevent contaminated water from running off into the nearby San Juan Creek.

“We’re committed to being at the forefront of making the facility and equestrian sport as environmentally friendly as possible,” said Hillary Ridland. “We have secured the funding to complete the needed water infrastructure work and look forward to continuing to make The Riding Park better and even more accessible for the community as a whole.”

In addition to environmental improvements, The Ridland Group is already working to greatly expand the Riding Park’s event offerings for equestrians and non-equestrians alike.

Speaking on behalf of the City Council, incoming Mayor Derek Reeve remarked, “We are optimistic about the negotiations. I look forward to congratulating The Ridland Group following the final vote on the matter.”

To learn more about all that the Rancho Mission Viejo Riding Park has to offer, visit TheRidingPark.com. For a full Blenheim EquiSports 2022 competition calendar, click here.