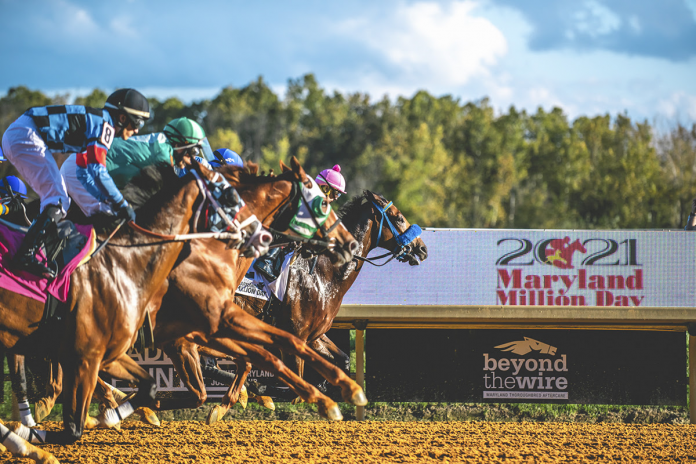 “We as an industry have been through a lot but we also have a lot to look forward to. Maryland has continuously worked to bring a new wave of quality stallions into the state and that effort would not be possible without the breeders and horsemen who support them,” said Louis Merryman, president of Maryland Million Ltd. and owner of Anchor & Hope Farm in Port Deposit, MD. “Maryland Million day serves as a showcase for our farms and the horsemen that work so hard.”

The 2021 running of Maryland’s Day at the Races marked a return to relative normalcy, after the previous year’s event was run under COVID-19 restrictions, which limited spectator attendance. Enthusiastic participation by horsemen resulted in full fields and a handle figure over $6.5 million, and the always popular Maryland Million Hospitality Village was full and sponsor participation made an impressive rebound from 2020.

“We are looking forward to an even better event in 2022, with more fans and more fun,” said Cricket Goodall, executive director of Maryland Million Ltd. “We are proud that Jim McKay Maryland Million Day caps off Maryland Horse Month in October, which celebrates all of the diverse horse activities we have here.”