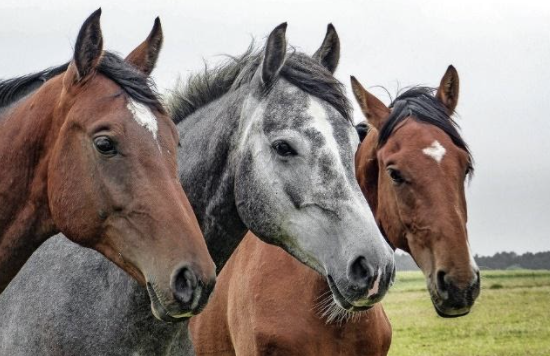 Horses are one animal that can never be found too far away from humans. This follows countless other species: dogs, cats, birds, reptiles and many more. There is no doubt that humans certainly do have many friends to speak about as people enjoy keeping a wide range of animals as pets. This includes horses, though most people wouldn’t normally keep one in their house. Those who gamble will likely think of horserace betting when horses come to mind, but this resource for sites presents an alternative for those who want to play casino games instead. For many more people, keeping a horse is an enriching thing to do.

Are horses friendly to humans?

Most people who have to ask this question has obviously never been around a horse before. Assuming that the horse hasn’t been mistreated, horses are incredibly friendly towards humans. This is most likely an extension of their behaviour that can be seen in the wild. Horses seem to cherish their relatives and friends, but even when it comes to horses that they don’t know, as long as they are non-threatening, they are open to them. In the same way, horses seem to view humans along those same lines. This may have happened as a result of centuries of the horse-human dynamic existing.

The same thing can be seen in dogs, as they are arguably the most popular pet in the world. In fact, it is dogs, not horses that are called man’s best friend, but this can also be put down to centuries of domestication of wild dogs to the household pets we see today. As dogs and humans are both natural predators, they also share a natural kinship that might not be present in horses considering that they are prey animals.

How have horses helped us?

The comparison between dogs and horses is a useful one to make considering that they are among the friendliest of animals towards humans and the fact that each has shared a relationship with us that spans centuries. Humans are naturally programmed to appreciate the ‘cuteness’ in things, which is why we intrinsically like and want to protect babies. This may suggest why dogs are so popular, as they are certainly cute. However, this is a dynamic that wouldn’t have been useful to humans centuries ago.

Enter the horse. Humans discovered that these animals could pull, push, run and do just about everything that humans needed but was impossible for them to do themselves. They revolutionised industry in that great weights could now be moved without effort. They made private transportation safer and more luxurious due to horse-drawn carriages. In today’s world, they bring joy to millions in the form of horse racing and other horse competitions. There is no doubt that horses have been extremely instrumental in our society of the past and of today.

Who is man’s best friend?

While it is always likely that dogs will be the world’s most popular pet due to the logistics of owning a horse, there is no doubt that they are equally loved and appreciated by most people who recognise their importance.

Always at the Barn: Why Pony Rider Helena Timpany Has a...