Home Blogs Who Is The Bookmakers Favorite For The Kentucky Derby? 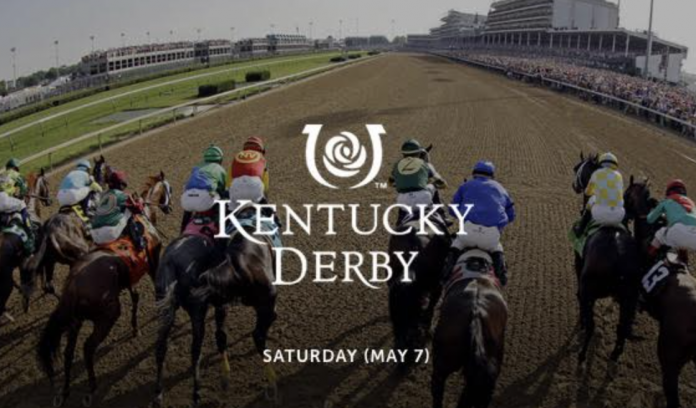 The first Triple Crown race of the season is getting nearer by the day, as the most exciting horse race of the year is staged on May 7th at Churchill Downs. This event headlines the online bookmakers horse racing calendar and it’s always exciting to predict.

The Kentucky Derby is the target for all horses aged three in the United States, with entrants looking to follow in the footsteps of American Pharoah, Justify and Nyquist in winning the huge Grade 1.

So, which horses will be fighting for favouritism for the Kentucky Derby in 2022?

Corniche has been the favourite to win the Kentucky Derby since claiming success in the prestigious Breeders’ Cup Juvenile. However, there remain questions regarding whether the three-year-old will be able to line-up in the Triple Crown race due to the two-year ban that was handed out to Bob Baffert by Churchill Downs following Medina Spirit’s failed drugs test last year.

At present, Corniche is unable to pick up points on the Road to the Kentucky Derby, which means that the only way that the three-year-old will be able to enter the race is by changing trainer. Connections will have a big decision to make over the coming months, as the easiest way to ensure his involvement would be a change in trainer.

Jack Christopher is certainly the most interesting contender at the top of the betting. The three-year-old, trained by Chad Brown, was scratched from the Breeders’ Cup Juvenile due to injury, and needed surgery at the end of 2021. We are yet to see the Grade 1 winner in 2022 to this point, and it will be fascinating to see the condition that he comes back in.

Many expected the three-year-old to win the Juvenile at Del Mar, and further his claims for Kentucky Derby success. However, his absence from the race means that questions will now be asked. It could be a decent shout to take the antepost price on Jack Christopher now. Should he return with a fine showing, then his price will be slashed. On the form that he showed in the G1 Champagne Stakes when beating Commandperformance by two and three-quarter lengths, he could be the star of the division this season.

The Road to the Kentucky Derby is already well underway, with important qualifying points to make the line-up for the opening Triple Crown race of the season on the line.

One of the most impressive winners from one of the early qualifying races has been Slow Down Andy for trainer Doug O’Neill. The three-year-old was very impressive at the beginning of December at Los Alamitos when winning the G2 Los Alamitos Futurity.

He won by a length from Messier, who is a decent price for the Kentucky Derby himself. Slow Down Andy is still progressing nicely in training, and ran a five-furlong distance at 59.60 in early January. It will be interesting to see where he goes next, but a tilt at either the G3 Robert B. Lewis or G3 Southwest Stakes could be on the cards.

We have seen in recent editions of the Kentucky Derby that horses can outrun their odds, and one to keep a keen eye on over the first couple of months in 2022 may be Smile Happy, for trainer Kenneth McPeek.

The three-year-old is also a likely runner in the G3 Southwest Stakes at the end of January, and should go well once again after winning on both previous starts.

His starring performance came over a distance of 1 1/16 miles at Churchill Downs at the end of November, as he won the G2 Kentucky Jockey Club by three and a quarter lengths from Classic Causeway. Another win in a graded race to add more Kentucky Derby points to his tally could see a leading contender for the first Triple Crown race of 2022 emerge.

15 Halloween Costumes For Spooky Horses Wary of “Dressing Up”