Home Blogs Outside the Ring Were Medieval Warhorses Actually Ponies? 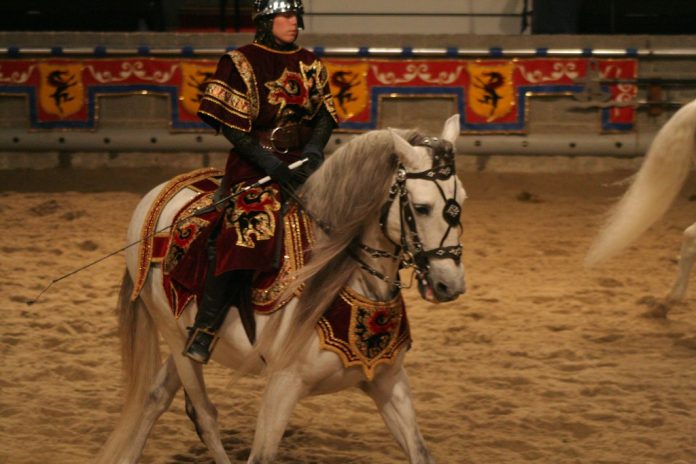 Many of us envision medieval warhorses as large and intimidating steeds due to the way they are represented in popular culture. Though powerful and iconic, a recent study has proven that these horses were likely no larger than a modern-day pony.

The study, published in the International Journal of Osteoarchaeology, looks at English horse bones from 171 different archaeological sites that date between AD 300 and 1650. Researchers compared these bones to a sample of modern equines to examine how skeletal conformation has evolved over time.

The study found that horses from the Saxon and Norman periods (5th–12th centuries) were ponies by modern standards, meaning they would have been under 14.2 hands when measured from the ground to their withers. The maximum height recorded for the Norman phase was a horse from Trowbridge Castle that was estimated to be about 15 hands. This would be considered a small horse by today’s standards.

Although the study looks at a massive dataset, it still has its limitations. Not all bones recovered from archaeological sites are from warhorses. In fact, it is very difficult for researchers to tell if they are looking at a warhorse, or a horse used for agriculture, or day-to-day riding. Positive identification of warhorses remains elusive, but because all of the examined horse skeletons were small, one can assume that warhorses would have been the same.

This gives us a whole new outlook on those tough, scrappy hunter ponies!